Dr. ARF failed to submit his post this week. I take it he has more pressing engagements, so you’ll have to bear with me today 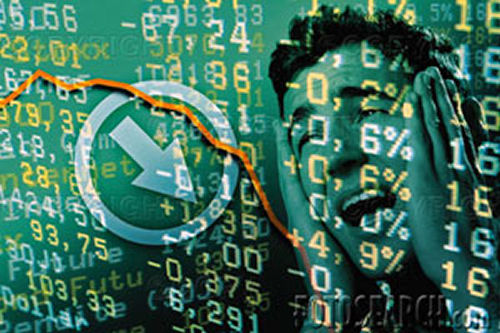 I always find it funny how most of world financial experts tend to swear by their models, analysies, trends, historical data, reports, indices and whathaveyou, but in the end it all comes down to a psychological trick.


It’s all about how long they can pretend that a problem doesn’t exist. As soon as someone calls spade a spade they all panic and create a crisis that could have been averted if they all had the guts to talk about a particular elephant in the room. In this case – the subprime mortgages


And of course it was up to a Slovenian to bring it up. Unfortunately this artice in Financial Times Deutschland, where Marko Kranjec, the finally-named Governor of Slovene Central Bank talks about dangers the subprime mortgages in the US pose to global markets is in German, but the point is that he said out loud what everyone was whispering about for years now. That the subprime mortgages will kill consumer spending in the US as the inevitable raise of interest rates will mean that more money will have to be spent on returning the loans rather than spend it (either on goods and services or on new loans).


Sure enough only a day later the exact same thing happens.


But there are a couple of incosistencies in this whole business that I find rather amusing:

1.) The way the media claim that money had just vanished: It didn’t vanish. Money doesn’t just dissapear. Someone is making a hefty profit out of all of this. Probably the Chinese.

2.) The fact that the central bank all over the world intervened to stabilise the markets: I’ve no quarrel there, but I’d like to ask (in a very strong voice) all the neoliberalists and laissez-faire economists, where are your fancy theories now, huh? Shouldn’t the market sort itself out? Mičo Mrkaič, eat your heart out!

3.) Everyone was quick on their feet at reassuring everyone else that this is just a fluke and that it is manageable:: If it were manageable then it would have never occured. Either that, or there are some extremely bad global managers around.


P.S.: As of yesterday, pengovsky is officialy on vacation. 😉