Janez Janša walked out of prison earlier today. This followed an injuction by the constitutional court which suspended execution of his two-year prison sentence pending final ruling in the Patria Affair. The court unanimously agreed that – in a nutshell – it’s Janša’s MP status which would have been impeded beyond repair should the final ruling be made in Janša’s favour. Should, however, the court in the end rule against Janša, the leader of the SDS will continue to serve the remainder of his sentence. 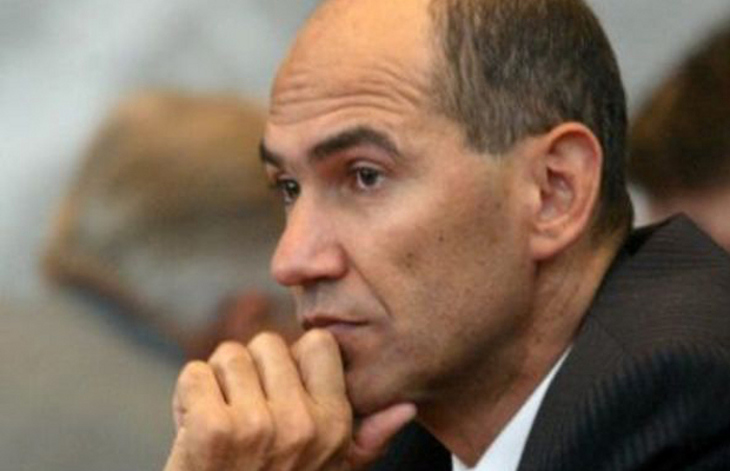 Now, immediately after the injunction was announced, all hell broke loose and (as per usual) Slovenia was all of a sudden teeming with legal experts. Obviously, most of the interpretations were and still are wildly off the mark. Among the disappointed crowd, the story was being spinned as if Janša was released from prison because he is a politician.

Among the faithful, on the other hand, Janša out of was prison akin to quashing the prison sentence against Janša, confirmation of their belief that Janša is a “political prisoner” and prompting them to call for the heads of most of Slovene judiciary, starting with president of the Supreme Court Branko Masleša.

All of the above is painfully wrong.

Janša was released from prison (possibly only temporarily) not because he is a politician but because he is an MP. Now, whether we like it or not, the constitution states that every single MP is the representative of the entire people. While the MPs debated Janša’s ejection from the parliament, his posse kept on babbling about how the rights of his 6000+ voters are being hindered if he is barred from serving as MP while in prison.

The constitutional court, however, took it one step further, but not necessarily in the direction Janša and his crew wanted. Namely, it had stated that it was representation of the people of Slovenia that was at stake. Not just JJ’s 6000 voters. However, the said representation was only at stake if the man is innocent (i.e.: is found to have not been tried fairly).

Meaning that the court en passant confirmed the controversial decision of the parliament to deny MP status to a convict, but had not yet decided if Janša was convicted fairly.

This of course opens up a plethora of other constitutional and political loopholes which the parliament knew existed for years if not decades, but was unwilling to plug them.

So, what at first seems like good news for Janša, really may turn out to be not-so-good news. Because Janša is out only because he is a serving MP. It is this particular specific situation which makes his case different from that of his co-convicts, Ivan Črnkovič and Brigadier (Ret.) Tone Krkovič. The trio was convicted simultaneously, but only Janša gets to walk out. Because he is an MP and not because the constitutional court would imply the final outcome of the ruling.

In fact, in the text of the injuction (Slovene only) the judges make an extended effort to press this exact point: the injunction does in no way, shape or form preclude the final ruling in the matter.

And that is all there is to it. Representation of the people matters most. The court recognises a possibility, however remote, that a serving MP was convicted unjustly and set him free to execute his mandate until final decision. Should that decision be reached in favour of the plaintiff all hell will break loose, possibly forcing early elections. But if the judges find against Janša et al., the leader of the opposition simply continues in prison where he left off today.

Somewhere in the middle of this year’s local elections campaign in Ljubljana Martina Valenčič called a press conference and provided for a good thirty minutes of incoherent rambling which included turning the center of the city into an RV parking lot, liasioning with wealthy businessmen to bring in tourism, talked about CIA and the Russians conspiring against Slovenia and said she will return the Ljubljana Castle to its rightful ower, king Boris I. of Slovenia who just happens to be her husband. pengovsky and another journo were the only ones covering it and while the event was expected to be bizarre, no-one expected industrial-grade bizarre during those thirty minutes. In the end pengovsky decided not to produce a piece for The Firm™ but rather uploaded the entire thirty minutes of the press conference to YouTube. Where all hell broke loose. 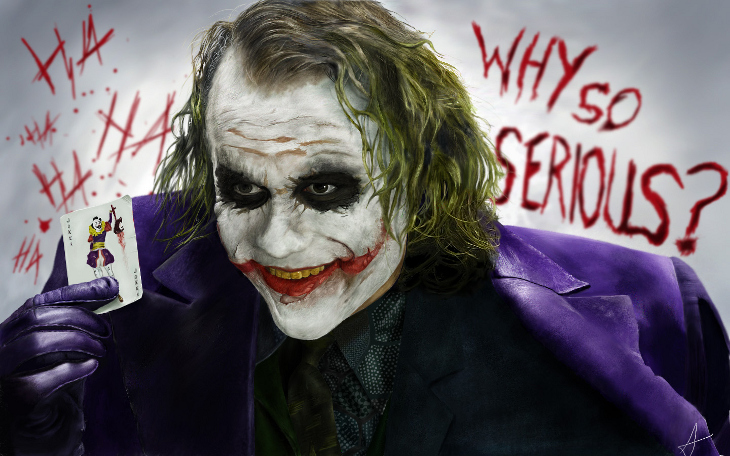 Picture not necessarily related. Just the first thing that came to mind (source)

The video went viral, clocking in 65k+ views and was the talk of the town for a couple of days while (not entirely unexpectedly) the commentariat took it out on Martina big time. And while she admittedly isn’t the quickest of cats at the best of times, she genuinely believed in whatever she was saying. It was at that point that pengovsky was starting to have second thoughts. I mean, clicks were going through the roof, the otherwise lacklustre campaign got its first WTF moment and life was good. But the amount of shit random YouTube users were spilling over Martina was disturbing.

Convincing myself that she did run for mayor and that no-one forced her to hold that press conference, only went so far. Because, it must be said that a lot of stupid shit is being said on other press conferences as well. It’s just that the delivery is better. It was only when she herself posted a comment with her bank account details, soliciting campaign donations that I stopped worrying over it. Apparently she was cool with whatever attention she was getting. Life was good again.

In the end, Martina came in last, winning about two hundred votes. So, until next time, I guess. But for pengovsky the lesson was as important as it was unexpected. Things, when published, do take on a life of their own. This, I knew. But what I didn’t know (or, at least, didn’t experience first hand until then) was the swiftness and brutality of the internets. Luckily, Martina was cool with it. A headmaster of a Maribor high-school wasn’t.

Namely, weeks ago a YouTube video of two people having oral sex surfaced on YouTube, with the claim being made that it featured the said headmaster and his teacher colleague. The video, allegedly shot through a door ajar by a pupil was picked up by several high-profile news media and soon no amount of denial by the headmaster would help. The call was made, the judgement passed, ad-spadce sold and links clicked. The media process was complete. Or, rather, the man was fully processed by the media. For on Saturday, he took his own life.

Truly, a killer of a story.

When the initial shock started to dissipate, the reactions, as strong as they were (and still are) can be grouped into three broad categories: those media which have exploited the story are keeping as low a profile as possible. Then there are others, which have ignored the story are now taking the moral high-ground, setting themselves as an example and en passant exploiting the story now, which is self-defeating to say the least. And lastly, there are those who are trying to make a distinction between various angles from which the story was covered (sleaze vs. privacy intrusion).

But all of the above are little more than thinly veiled face-saving attempts. Because the real problem lies someplace else: with the media industry itself.

Sure, there is the lack of a decent editorial process. This is the original fail. If the media in question had editors with sufficient mileage to a) know the right from wrong and b) the guts to defend it in the face of owners/CEOs demanding results by any means possible, this would not have happened.

But there’s the larger problem of other media organisations not taking a collective stand against such practices which (only slightly less extreme) have become a staple of Slovenian media landscape. We’re learned to look the other way, mutter a little something about tabloidisation of the media and be done with it. Sure, times are tough, it’s hard enough to win advertising money and put bread on the table as it is.

But as with many other things we as a society hold dear, by ignoring the ever more changing frame of the media discourse, we were slowly but surely losing our grip on the most basic of things: common decency. One of the more perverted excuses was that the media was only giving the public what it wants. And that people, individuals who wanted to see or have indeed seen the video are just as much to blame. Wrong.

Sure, the kids who (allegedly shot and) uploaded the video should be punished. Even if the headmaster chose not to end his life, what they did was beyond excusable. And since authenticity of the video was never fully established, it is impossible to pass judgement on the alleged acts of the headmaster and the teacher. But, generally speaking, it is a bad idea to get laid in your place of work. However, one suspects that the kid in question will have to live with this burden for the rest of his life. But he is not alone.

Granted, there are individuals in Slovene media who bear the lions’ share of responsibility for what had happened. But the industry as a whole is not without blame. If nothing else, because it tacitly condoned practices which have ultimately led to events of this weekend.

Bob knows what will come of this. If anything, that is. Nothing can bring the headmaster back. What is done is done. But the lessons of this sad episode can only be learned if we as news people want to learn them. Rolling a few editorial and/or journalistic heads will not be enough (again, if heads will roll at all). A public apology will go a long way, but will do nothing to prevent something like this happening again, someplace else with some new people. And with the burn-through rate of Slovenian media people increasing, that moment can come sooner than we think.

Perhaps a meticulous and transparent investigation of decision-making processes that took place from the moment that kid fucked up and uploaded the video to the bitter end would be a good place to start. After that – who knows. Maybe the things we learn about ourselves and each other by that stage will be enough to prompt some true changes in the way we do our business.

Because clicks and ratings and ad-space are indeed the lifeblood of the media, but at least in Slovenia the media have been on transfusion for a while now and it seems that we’ve stopped caring at what exactly we hook ourselves up to.