Readers of this blog have no doubt noticed a recurring theme in the last few weeks. Namely, that this country as a whole is losing its grip on reality. Politicos, journos and pundits as well as ordinary folk are ever more inclined to find quick and easy explanations to events which surround and/or affect them. 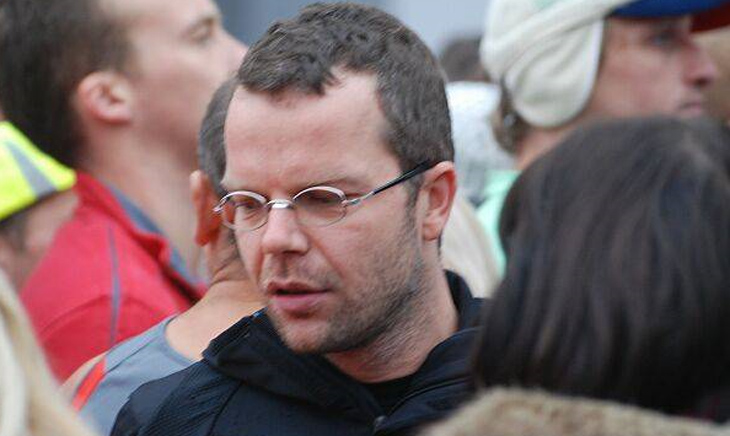 One such even occurred yesterday, when American-owned Pro Plus media house which owns POP TV and Kanal A channels sacked Bojan Traven, editor-in-chief of Svet na Kanalu A (World on Kanal A), a two-and-a-half-hours-long flagship info programme of the said channel. It is widely speculated that the straw which broke the camel’s back was Traven’s interview for a magazine in which he all but dissed his employer and foretold their imminent parting of ways, while Pro Plus went on the record saying that the reason is Traven’s lack of motivation.

A few words about “Svet na Kanalu A”: Shit, basically. But shit with high ratings and a concept they stuck to vigorously. The show is based on populist journalism, which doesn’t dwell on details unless reiterating their specific angle of the story, readily provides commentary in the middle of info-bloc (not unlike Fox News, but with less gusto), uses the end-of-the-world rhetoric and calls it “we-just-say-it-the-way-it-is”. Basically, it is your average yellow journalism which hides its lack of professionalism by claiming to have balls. But hey, that’s just my opinion.

Fact of the matter is that Svet na Kanalu A has ratings and ratings sell. And Americans understand sales numbers. Which is why Traven’s dismissal came as a surprise to some, pengovsky included. However, rather than trying to understand what had happened, explanations were readily provided, saying that Traven’s dismissal is a result of political pressure. And this is where opinion makers start parting ways with reality and similar trivialities.

Namely, some weeks ago, upon his return from self-imposed media exile, leader of Zares Gregor Golobič gave am interview in which he lamented the increasing “media sewage”. It was all a rather clever wordplay on account of Kanal A, as “kanal” in Slovene can mean both “channel” and “sewage canal”. But taking a swipe against the media (Golobič did not speak directly of Kanal A, but rather of a prevailing media trend, symbolised by Kanal A) is not the same as exerting political pressure. It may not have been the smartest thing for Golobič to say (and we all know that he made some stupid mistakes in relation to the media which contributed to the shitstorm that was the Ultra Affair), but it hardly consists media pressure. Let alone a drive to have one particular editor replaced. Because – as someone pointed out on Twitter yesterday – if Golobič is really behind Traven’s dismissal, why didn’t he then go all the way and had the entire show dismissed. Not only that – if Golobič really exerts such influence over media, why the hell didn’t he then put a stop to reports on his involvement in Ultra Affair, but allowed himself to be dragged through the mud for six months by second-grade journos?

I mean, people, seriously! Yes, conspiracy theories. We all like those. Yes, keeping the politicos in check. It’s what we do. But giving credibility to every fucking idiotism which springs into a disgruntled journalist’s mind is pushing it just a little. I mean ferfuckssake, there was hardly a media outlet that didn’t report on the issue. Protests statements were handed out. Twitter was set alight. One of Kanal A’s anchors Uroš Slak even tended his resignation, saying that Pro Plus curbed freedom of speech and then implied that Golobič was behind cancellation of his show Trenja (sort of like multi-directional HardTalk) which was taken off the air last year after running for eight years. It was as if the channel was shut down, not just an editor who was replaced.

Editors come and go. Especially those with an attitude problem and it is said that Traven is not the easiest of people to get along with. Pengovsky wouldn’t know for a fact, because I’ve never met the guy, but based on statements both by Traven as well as Pro Plus this was little more than a clash of egos, possibly spiced up by a row about Traven’s fee. But in this day and age it is far easier to put it all down to some ill-defined political influence rather than deal with one’s own editorial and journalistic shortcomings. Not unlike a former editor of a newspaper freebie who proclaimed himself yet another victim of Golobič’s media interventions. The fact that the newspaper in question really took of the ground only after he left does not bother him at all.

Pressuring the media happens. Both politicos and high-rolling CEOs do it from time time. It is the nature of the beast. In such a situation it is up to the editor and/or the company’s CEO to put a stop to it. But a foreign-owned channel with rising ratings is hardly the place to do it. And given the obvious lack of leverage Zares’s leader has over state-owned media, the theory about Golobič arranging Traven’s dismissal is pure bullshit. But leave it to Slovene media to serve you bullshit as pure fact. It is becoming a habit.

But as someone pointed out in comment section over at Marko Crnkovič’s blog, it could very well be that it was all just an elaborate transfer operation, with Traven and Slak switching from POP TV to state-run RTVSLO. As for me, I’ll wager you twenty euros that in the end it’ll turn out to have been about the money.

2 thoughts on “Losing All Sense Of Proportion”