The much-anticipated Brexit Speech by British PM Theresa May yesterday was dubbed the biggest speech of her career. But if there ever was an overhyped media event, this was it. In fact, even the annual State of the European Union addresses by Jean-Claude Juncker have more zest (especially when he goes off-script). But the fact that she basically reiterated that Brexit means Brexit, only in longer sentences, should surprise nobody. 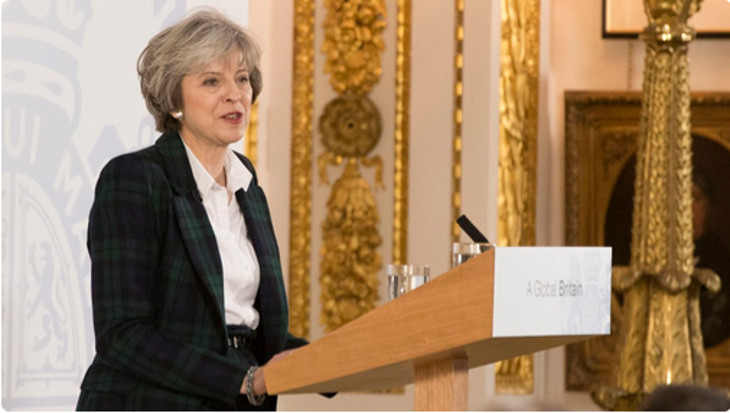 To be fair, May did try and put some meat onto the shaky English skeleton flipping the bird to Europe. She has, for all intents and purposes, outlined the UK’s opening positions when and if Article 50 is triggered. The meat being so-called Clean Brexit.

OT: Did you notice how the narrative has changed? It’s no longer Hard Brexit versus Soft Brexit (with soft being instinctively preferable) but rather Clean Brexit versus… Muddy (Dirty? Unclean?) Brexit. The name alone is designed to make it instantly more appealing to the masses. So, expect this Clean Brexit narrative to be pushed, well, hard, for the next couple of weeks until the March/April deadline for triggering Article 50 (or will that be rebranded as “launching Article 50”?) starts to loom large.