The world of international diplomacy (probably) breathed a collective sigh of relief a couple of days ago, when Slovenian foreign minister Karl Erjavec announced the imminent retirement of the one and only Dimitrij Rupel. The once seemingly eternal foreign minister is apparently going to become the first high-profile victim of austerity measures enacted by (oh, the irony!) the previous right-wing government of Janez JanÅ¡a. 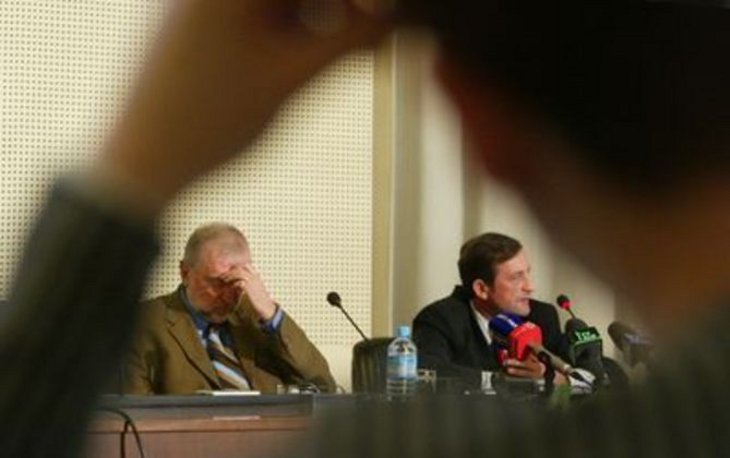 Long story short, when JanÅ¡a’s government opted for across-the-board-no-questions-asked approach at slashing government expenditures it provided for mandatory retirement of public servants when they reach both 40 years of employment and 67 years of age. Unless, of course, their supervisor decided their services are so essential they warrant extension of employment. With Dimitrij Rupel now being Slovenian Consul-General in Trieste (a prestigious, but technically mid-level appointment), he is about to fall within both categories in a matter of days, allowing his political past to finally catch up with him.

Rupel is, naturally, screaming bloody murder and claims he’s a victim of a political purge. Indeed, his retirement being announced on the eve of Statehood Day only adds insult to injury for Rupel, who exactly five years ago was embroiled in a similar controversy and famously said this anniversary sort of belongs to him since he was the foreign minister when Slovenia declared independence. But back then, he was on top of his game. He switched sides four years earlier, in 2004, from LDS (which went on to lose elections) to SDS, became a hardcore supporter of Janez JanÅ¡a, the same man he once labelled a nationalist in need of a reality check.

As a result, when JanÅ¡a came to power again in 2011, his government – no doubt as a reward for his newfound loyalty – appointed Rupel the Slovenian Consul General in Trieste, Italy. As you know, the Trieste region has a large Slovenian ethnic minority which makes the said diplomatic post politically relevant and very sensitive. But in Rupel’s case, it was just one more proof that the man, whose ego usually can’t fit through the door and has been known to bend the fabric of space-time to fit his needs, has long outlived his usefulness and is having trouble letting go.

To see a four-time foreign minister accept a lowly consular post just to stay in the game is utterly self-degrading. To see see him fall prey to the legislation that was meant for everyone but him (he would have most likely been granted an exception to the rule, had JanÅ¡a remained in power) is ironic. But the real kicker is the fact that Rupel’s career was given the mercy shot by the same man who – under different political circumstances – would most likely extend it and not bat an eye-lid in either case. Karl Erjavec served as foreign minister both in JanÅ¡a as well as BratuÅ¡ek administration and is quite possible the only senior Slovenian politician who switched more parties than Rupel.

Which means Dimitrij Rupel should probably join DeSUS if he wants to salvage his career. And yes, the irony of joining the pensioners’ party to avoid becoming a pensioner is not lost on pengovsky 😉 Alternatively, Slovenian media will shortly be suffering a deluge of Rupel’s writing.

Well, they do say pensioners have all the time in the world