It took less than twelve hours for Miro Cerar‘s “temporary technical obstacles” to hit their first, well, obstacle. And, boy, did they hit it. While Miro the Man is trying to find his way through the minefield of domestic political ill-wishers, the Mid-East burning and own good intentions paving the road to hell, a familiar monster came from under the bed and bit him right in the ass: the border dispute between Slovenia and Croatia. 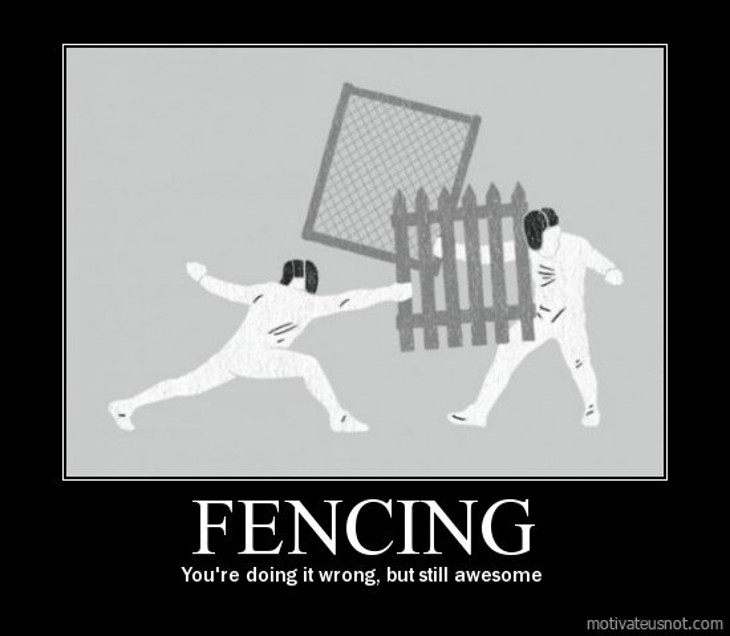 That erecting the tehnical obstacles will be anything but a walk in the park was more or less clear. But even though the government did take the precaution of notifying the Arbitration Court as well as the government in Zagreb, the latter claimed that parts of the fence crossed into its territory and threatened to remove it of its own accord. Needless to say that Croatian special police immediately appeared in the area already teeming with Slovenian police and army personnel. Which provided for some nice throwbacks to 2007 when then-PM Janez Janša sent special police units on the bank of the Mura where Croatia was up to, ironically, technical work on levees and railroads.

Only this time around it was Slovenian authorities who were putting up technical installations and the Croatians who are going apeshit about it. To their credit, Zagreb thusfar only issued a strong protest to the Slovenian charge d’affaires, but this is the sort of situation where things can go very wrong very quickly.

A few things need to be noted at this stage:

1) For the second time in as many months, the situation on the border between two EU member states has flared up dramatically. Weeks ago, Hungarian security services disarmed a number of Croatian policemen on a train full of refugees supposedly on Hungarian territory. So far these are isolated incidents in an altogether precarious situation. But mistakes do happen and when people are tired and/or scared, they tend to see patterns that don’t exist. They also tend to overreact. Then all hell breaks loose.

2) The pull-back-or-else tactic employed by Croatia is additionally complicated by the fact that it was that same approach that caused Slovenia to relocate its border checkpoint on the Dragonja river a few hundred metres north in 1991, thereby writing the opening chapter of the still-running border dispute.

3) Both governments, especially the one in Ljubljana should remember there are idiots aplenty on both sides of the border. Sometimes they’re even elected. And that they will inevitably try to foment trouble to advance their own agenda.

4) Speaking of fomenting trouble, it should now be clear (once again) that politics is not linear and that introducing a new variable changes the entire environment and has unpredictable consequences.

5) Which is exactly what Cerar’s opponents, both within the coalition and without, are counting on. Apart from expecting the new influx of refugees (which has yet to materialise) everyone is on the lookout for a scuffle between the two neighbouring countries. And to top it off (and as predicted) the hardcore proponents of the fence are claiming it is too little too late and that Cerar should resign immediately while the fervent among those opposing the fence are already calling Cerar a Fascist anyhow. Talk about losing friends and alienating people.

6) The Pandora’s box is now open and instead of managing one particularly demanding crisis, Cerar now has at least two more on his hands: a crisis in relations with Croatia (not that we were all that chummy to begin with) as well as a political crisis which will explode right in his face the very moment this thing with refugees will start showing signs of abating.