In a highly anticipated decision, Slovenian Constitutional Court declared null and void a controversial decision by the Ljubljana City Council to name a newly-built avenue running along the Stožice Stadium after Communist leader of former Yugoslavia Josip Broz Tito. Plaintiffs, the Christian-democratic party Nova Slovenija, claimed that naming the street after a man led the regime which systematically trampled human rights and conducted post-war massacres goes against human dignity and is thus unconstitutional. The court went along with this argument and repealed Article 2 of the city ordnance in question. 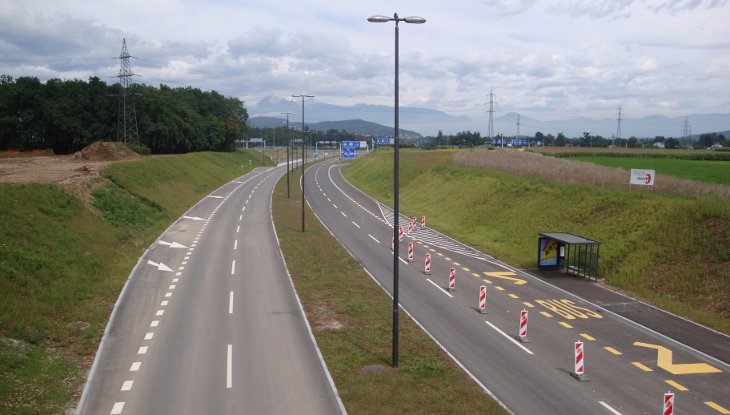 This is no longer Tito Street (source)

Pengovsky said all along that Ljubljana could well do without Tito street, although the historic role of Josip Broz is both positive and negative and that mayor Zoran Janković was needlessly stirring the pot with this issue. While not totally unexpected, the ruling (and the logic behind it) can become extremely important, because it sets a new standard in determining what is allowed and what is not. On one hand we can expect a mass of petitions to have other streets and squares which still bear Tito’s name to be renamed (cases in point being cities of Koper and Velenje), but on the other hand this should open the doors to petitions to rename other streets named after controversial historical figures. The Pope John Paul II Street in Ljubljana comes to mind (to give an example at random).

Furthermore, the Constitutional Court is also expected to rule on whether to allow the referendum on the new Family Code, which will basically be a referendum on allowing same-sex marriage and adoptions (with certain limits). We’ll see if the court will recognise the “constitutional guarantee of respect for human dignity” when it rules on that issue.