A couple of random thoughts on the non-event that was the Greek elections last Sunday: 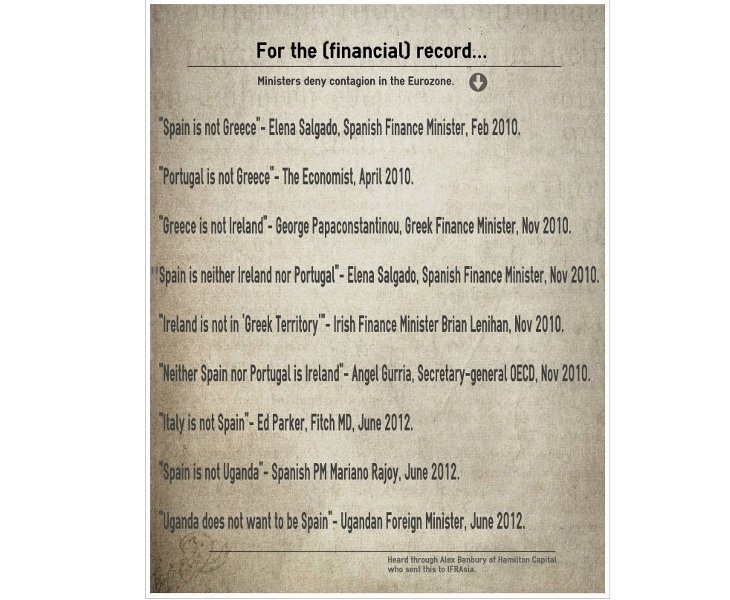 For all the brouhahaha about Syriza, it turned out that the more things change the more they stay the same. Even in Greece. Sure, the rag-tag coalition of left-wing parties was branded as radical, but it was anything but. As the question du jour was the bailout (which, again, is anything but), the foreign media divided the parties as either pro- or anti-bailout, which most of them translated as “in favour” or “against” the euro and the EU in general. But take a look at this BBC Q&A on Greek elections (scroll all the way to the bottom) to see where the various parties really stand (or, possibly, stood).

Indeed, most of the Europe, nay, the world! held its breath. Some in horror, others (pengovsky included) in anticipation. Had Syriza won, we would have – after five years – seen an end to the “there’s no other way” logic of handling the crisis. Sure, it is quite possible that Syriza would have failed. Indeed, one would not trade places with any European politician in power for all the farms in Cuba. But instead of a coalition whose plan was possibly doomed to failure, Greece is now stuck with a government whose plan does not work as it is. That much we know.

Bailouts EU style don’t work. Or rather, they do, if you’re a German (or any other non-Greek) bank, trying to stay afloat. Out of huge billions of euros sent to Greece in tranches, each of them being subject to “just one more” austerity meausre, most of that goes to service the increasingly bad debts of a country which no one will loan money to, while only a couple of years everyone was positively throwing money at a country known for cooking books.

But those huge billions are not nearly enough, because a) no one knows how deep the hole really is and b) the austerity measures take away what little chance Greece once had to kick-start its economy. Increasing the financial burden imposed on the state and its citizens while cutting public spending and consumption is a text-book vicious circle. It can only end in disaster, much more epic than the one we are in already. Because every new cutting measure is “just one more”. Every billion granted “is just one more”. And every pledge to appease the mythic “forces of market” is “just one more”. Indeed, what fans this fire of euro-crisis is the chronic inability of the few players that have the means to change the direction we’re headed in, to come up with a series of moves bold enough to change the course. Rather than sail into the uncharted waters, European leaders choose to remain in waters infested with economic and financial minefields, even knowing where the mines are, but refusing to change course, because “sooner or later, we’ll be out of this mess”. Well, the sad truth is that by continuing as we do now, the only way out of this minefield is – sinking of the ship.

I’m sure Syriza didn’t have a magic wand to make everything just go away. But they were the guys who looked around and said “why don’t we go that way?”. For that they were branded anti-European, radical leftists, relics of a spend-it-there’s-always-more mentality. Even though everyone else was spending money fast and furious for the last thirty years, even though the (proper) Greek Communist party branded Syriza as agents of capitalism and even though Alexis Tsipras said time and again that he wants Greece to keep the euro, while everyone else is planning to force the country out of the common currency, which would probably mean its exit out of the EU as well.

For about a month, there was a glimmer of hope that a sovereign nation, even though it is on the brink of becoming a European (let’s not use the word German) protectorate, could rise against its self-imposed (financial) masters and try to do it as it sees fit. That hope is gone now, as they voted in a coalition which is nothing more than a PR service for the Bundekanzleramt and is faithfully executing a set of tasks set for them by Brussels. Which, come to think of it, it not all that different from when Greece was adopting the euro. And if they cheated then, who says they’re not cheating now?

With Greece back in the austerity camp (until it is finally cured by bleeding to death), we’re exactly where we were a month ago and the only hope for this slow-moving train wreck that this the eurozone crisis (via Nouriel Roubini) is the newly minted French president Hollande with his pro-growth stand. But seriously, when was the last time Europe could count on the French to do something about anything?