Janko Veber, the freshly minted president of the parliament today called what is known around here as a ‘public debate’, a meeting between representatives of the parliament, legal experts and general public. Topic: referendum legislation. But rather than focusing on the topic itself, which is delicate enough, Veber (SocDems) provided us with one of the most despicable, perverted and blatant displays of arrogance. Of himself, his party and the political elite he as president of the parliament represents both symbolically and in practice. 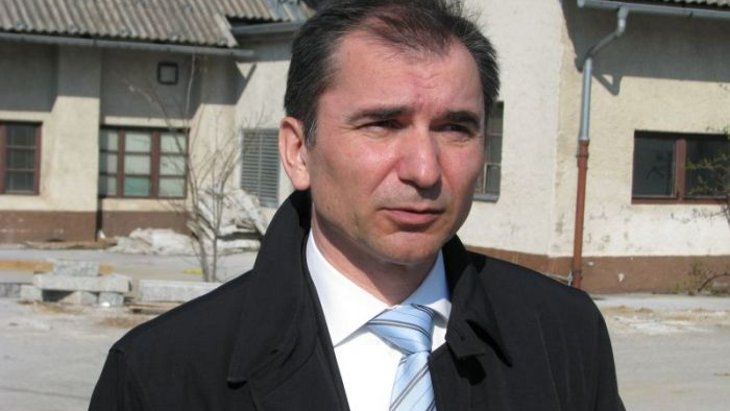 Namely, six months after the people in the street made their dissatisfaction with the people who run the country plainly obvious, Veber set out to organise an “invitation only public debate”. And oh, the irony, the event was to be closed for public. After all hell broke loose, Veber opened the debate for general public, but the guest list remained unchanged. And what a list it was….

Knowingly or not, when picking the participants, Veber almost completely ignored the protest movement, inviting only Uroš Lubej. Granted, he was the first person to lend a face to the movement, but he doesn’t represent the entire movement nor did he ever claim that to be the case. On the other hand, the president of the parliament saw it fit to hand-pick the gay-bashing anti-same-sex-marriage firebrand preacher Aleš Primc who successfully shot down the family code a year ago (with a little help of the political right and the Roman Catholic Church).

And as if that wasn’t enough (for all his astroturfiness, Primc does have a legitimate interest in the issue), Janko Veber, the no. 2 person in the hierarchy of the country invited representatives of several (note the plural!) right-wing nationalist groups. These included Blaž Babič, a rabid opponent of Pahor-Kosor deal and a fervent commentator on this blog at one time, Ladislav “The singing major” Troha, a retired major of the Slovene Army and leader of a conspiracy-theory-happy movement OPS as well as Andrej Šiško of Hervardi, an openly nationalistic group, a guy who did time for attempted murder and made news when he threatened to call a referendum on Croatian NATO entry.

Now, one is tempted to say the stunt Veber pulled today was a fluke. That is was only the zillionth proof of the political elite either not having the foggiest or not giving a fuck (or both) about what sent the people of this nation to the streets. One is also tempted to say that Veber was actually only paying lip-service to the notion of “direct democracy”, using today’s event as an exuse to claim “the general public was part of the debate” down the road. And one is tempted to say the only criteria against which the guest list was composed was loudness. As in whoever made themselves heard in the past, got an invite today.

However, there is a more ugly side to this story. While we make fun of them, the likes of Primc, Šiško, Babič et consortes, representing the reactionary fringe of this society, get invited to the parliament to speak on behalf of the people. I mean, for fuck’s sake, how did we get here? Since when do these insignificunts get to be on stage, front-and-centre and have a say in, well, anything?

Since recently, as it happens. Case in point being the incident at the beginning of pengovsky-era, when the Strojans, a Roma family, were run out of village of Ambrus by an angry mob, prompting some well-aimed police brutality and a general outburst of good old racism. Sadly, this included Janko Veber, at the time mayor of Kočevje municipality, who went on live radio, calling the townsfolk to the barricades should the government attemptd to re-locate the Strojan family into the area. Not very social-democratic of him, no?

Fast forward a couple of years and then-PM Borut Pahor was trying to prevent a referendum on Croatian NATO entry, initiated by a little known “patriotic” group Hervardi. They claimed to have gathered the necessary signatures to put the ratification process on hold and possibly cause a major international embarrassment. PM Pahor went above and beyond the call of duty trying to persuade them to drop the subject. Unsuccessfully. And unsurprisingly so. Andrej Šiško was in fact paroled out of prison to meet Pahor and it was obvious from the start that a fringe group which got the attention of mainstream media will not stop doing the very thing that got it the (undeserved) attention in the first place.

So, on one hand we have a man who once lost no time in issuing a racist call to barricades and on the other we have a man who through his actions made a group of nationalist illegitimate-faced bugger-folk a part of mainstream politics. These men belong to Social Democrats, a supposedly left-wing party. Today, these men are President of the Parliament and President of the Republic, second and first person in the hierarchy of the country, respectively.

Pray to whatever god you believe in these were only shows of glaring incompetence. Otherwise we are truly fucked.