Pengovsky didn’t write up the fan-hitting-shit-storm that is Ukraine and the Russian muscle-flexing/military intervention mostly because there’s little I can tell you that transcends a Tom Clancy novel. Indeed, the situation went from bad to worse in a matter of days suggesting Moscow executed a well thought-out plan that caught the west more or less with its pants down. Come ti think of it, it sounds very much like a Tom Clancy novel. 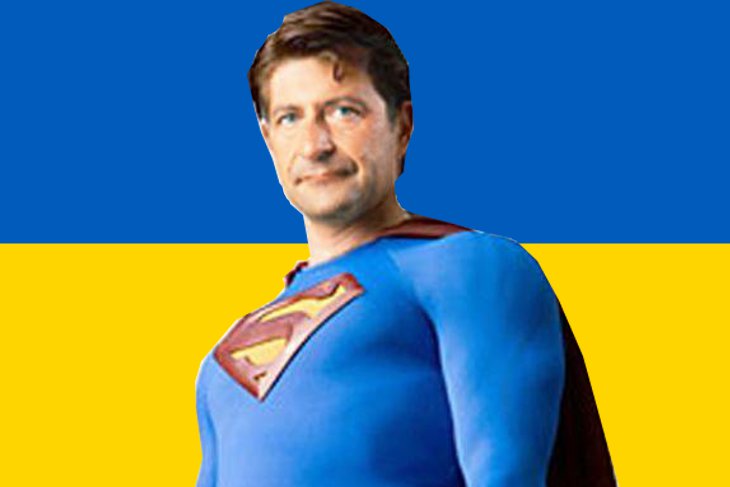 But what I can tell you is that Ukraine today is not Bosnia. It is not even Georgia. In fact, it is not even Kosovo although one might reasonably expect Moscow to invoke some perversion of the “Kosovo argument“, i.e. “people should be free to decide in which country they want to live”. Again, the way Russian military occupied key installations in Crimea did bear some similarities to their dash for Priština airport (off-topic: singer James Blunt apparently prevented outbreak of WWIII in Kosovo in 1999). But earlier today Slovenian foreign minister Karl Erjavec stunned Slovenia by suggestion this sorry little excuse for a country could act as an intermediary between Moscow and the EU, supposedly because of our good relations with the Russkies.

Now, that Russians kind of like Slovenia is more or less true. Seeing themselves as Slavic mother-nation, the Russians apparently do have a soft spot for Slovenians, the Western-most Slavic nation. But thinking this goes beyond a tap-on-the-back and yes-we’ll-come-for-vacations is just plain stupid. In fact, this coming from Karl Erjavec, the very same politician who couldn’t be bothered to find a candidate for minister of health for three months is simply preposterous.

The Ukrainian clusterfuck did not come out of the blue. As this piece by The Indepentent shows, there’s a lot of history behind it. And history is also what needs to be taken into account when reading reactions by some other European nations. Poland and Russia, for example, have so much history and bad blood between them that Warsaw must be more than just slightly edgy. A muted Polish response is, therefore, understandable. Finland, too, has historical reasons to feel nervous at the prospect of a belligerent Russia. Latvia, on the other hand, decided to call spade a spade, but mostly for the same reasons. Estonia, for example, experienced Russian wrath fairly recently and their no-nonsese position makes sense, as well.

As for Slovenia, well, our latest contribution to Russo-Slovenian relations was President Borut Pahor waving the flag at the Sochi Olympics and feeling bummed at the prospect of having to ice-skate for ten hours (he promised to do an hour for every goal Slovenian hockey players score in Sochi). He skipped the opening ceremony, though, supposedly on account of the ice-storm that hit Slovenia about that time. Point being that short of an occasional tete-a-tete, the scope of political relations with the Russian Federation is, well, lacking. Unexceptional, at best. In fact, the President has yet to comment on the situation in the Ukraine. So does the office of the Prime Minister. Even the ministry of Foreign Affairs, which admittedly has been keeping a close eye on the situation for some tine now, did not go beyond “everyone should respect territorial integrity of Ukraine” clause.

And yet, here we are, with the foreign minister thinking he can find a solution, if only people were willing to listen. In fact, what we have here is a clear demonstration of the Dunning-Kruger Effect. The less you know, the more you think you’ve got thing under control. And let’s be honest, Erjavec passes as minister of foreign affairs only as long as he reads off the script. Which is what he was doing most of the time since he landed the job under the Janša 2.0 administration.

But now, he suddenly got ideas. And is making an utter fool of himself and of his country, all on account of cheap PR stunts which add to his airtime but take away what little standing this country has left internationally. What the fuck did he expect? That Obama and Merkel will rush to a conference-call with him, to coordinate their next move? And what is this shit about Ljubljana being a go-between between Brussels and Moscow? Did Slovenia leave the EU and pengovsky didn’t get the memo?

I mean, the only thing more stupid than Erjavec’s little PR stunt are attempts by local EPP outposts to paint Vlad Putin as a rabid left-winger and then draw parallels between him and Slovenian left-wing (as sorry as it is). That, too, is nothing more than the inability of the unskilled to recognize their ineptitude.