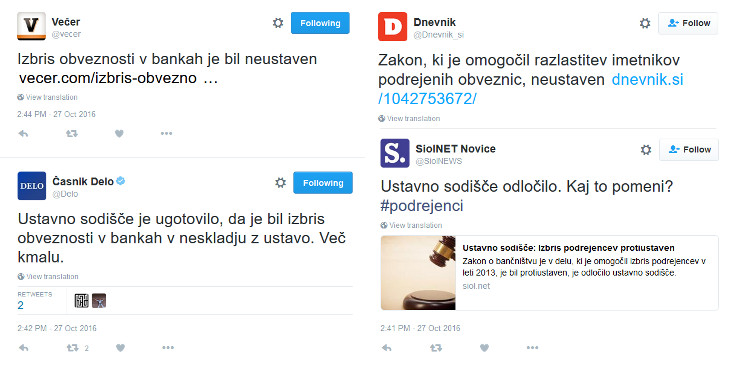 END_OF_DOCUMENT_TOKEN_TO_BE_REPLACED

Earlier today Prime Minister Miro Cerar announced Slovenia will “undertake additional technical measures” on its border with Croatia. Yesterday, the government voted to “step up measures to control migrant influx including necessary measures on the Schengen border” which the media widely translated as intention to put up a fence on the Slovenian-Croatian border which doubles as the Southern Schengen border. Combined with last week’s reports that elements of a fence were already in the country, that the government has already selected a contractor to erect it and that lately government officials avoided questions on the issue saying it has been labeled confidential (probably in the interest of the national security and all that jazz) it does seem that PM Cerar is up for some open-mouth-insert-foot time. 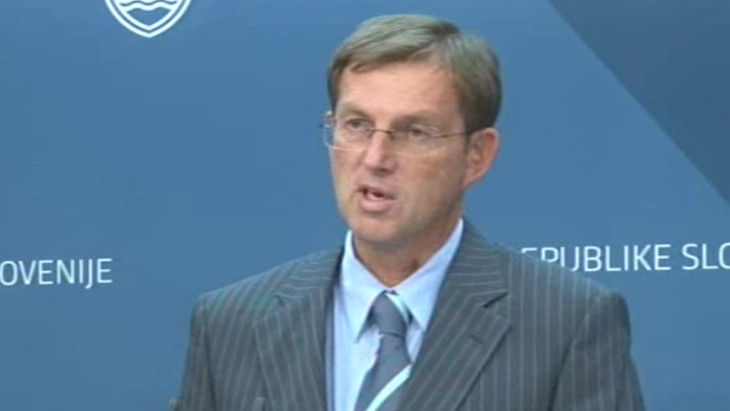 Now, the whole fence issue has been on the table even since Hungarian leader Orban started putting up his own fence on his borders with Serbia and Croatia. At that time Cerar and his government rejected the notion of a fence as a viable tool in tackling the humanitarian catastrophe that is the refugee crisis. In doing that, Cerar earned praise from many quarters (pengovsky included), not in the least because after the initial stumbles the government branches most equipped for disaster relief have taken over control of the situation.

Ever since, however, there was slow-but-constant backtracking on the soft-handed approach as the influx of refugees stretched the country’s resources which – at least in part – was exabberated by neighbouring Croatia transporting those poor sods near the border in no particular order or schedule and then letting them loose to make their way across the border as best as they could – even across treacherous terrain or fast-flowing rivers.

But for the most part, the backtracking was generated by the attempt of the politically inexperienced top brass to respond to challenges from the opposition, the neighbouring countries and the EU, all at the same time. The inevitable result, however, was the self-induced sense of panic because those three challenges were conflicting each other. The opposition wanted to declare martial law (or something to that effect), the neighbouring countries wanted Slovenia to either take all the refugees dumped on her (Croatia) or put up a fence of their own (Hungary) of something in between (Austria) while the EU demanded the country behave like a member state should and take over the refugees in an orderly and effective manner.

Trying to accommodate all three obviously created a cacophony of messages, making the government appear as if it is losing the grip on the situation. And once *that* message got through, suddenly the idea of policing powers for the army didn’t seem all that bad. And once that line was crossed, the fence seemed like an issue not necessary to sit on anymore. And here we are. The only problem being that they got it all wrong.

Yesterday in Brussels, interior minister Györkös-Žnidar said that the decision was “political”. Well, politically, this is a disaster of magnificent proportions. Not only has the nominally centre-to-centre-left government alienated a large part of its (potential) base, it has failed to warm up to the right-wing, too. Despite the fact that it was clamouring for just such a fence. Because the challenges by the right-wing parties were never about the refugees. The SDS and the NSi don’t give a pair of fetid dingo’s kidneys about that or – to be more precise – they care just as much and in such a direction as Mutti Angela says they should. Thus, if PM Cerar is trying to show to the right-wing parties and their voters that he can manage the situation via erecting a fence, he’s in for a surprise. Because no sooner than he can say “migrant influx” someone from right-wing top echelon will be on the telly saying this was too little too late, asking when exactly does he intend to activate the army with its newfound powers, too.

Speaking of the army, the amendment to the Defence Act empowering the army with authority over civilians under special circumstances (for that is what it essentially is) is on hold pending a referendum challenge, with the plaintiffs now petitioning the constitutional court to allow the referendum since the parliament voted to prevent it, citing national security issues. Now, pengovsky has no doubts that the court will disallow a referendum on army powers just as it allowed one on same-sex marriage (more on both issues soonish).

But as it were, PM Cerar and the government have just declared the Balkan Mini Summit (called a few weeks ago by Jean-Claude Juncker and Angela Merkel) null and void and are now involuntarily sliding into the same bracket as Hungary, with a strikingly similar explanation. The government seems to be sensing this and is bending over backwards to explain to everyone who is willing to listen that these are “temporary technical measures” and not really a fence. And yet they seem to be the only ones buying that particular spin.

Needless to say that the pandering to both sides continues. During the press conference detailing those “temporary technical measures” PM Cerar at the same time said that while the fence will be put up it will not impede the ability to accept and process the refugees. Which begs the question why exactly are the new measures necessary. And, only minutes later, the PM explained at length that the sole purpose of the “technical measures” is to prevent dispersal of refugees, only to blurt out a while later that dispersal is in fact an unlikely scenario. So, which is it?

That there will be no simple and clean solution to the refugee crisis was clear from its onset. But it is becoming increasingly hard to watch this government talking itself into one political trap after another. As things stand now, the only ones profiting from his flip-flopping on how to tackle the crisis are his political adversaries. And he has just given them yet another stick to beat him with it.

That Slovenia fought against watering-down of the Telecom Single Market directive (a.k.a. Single Digital Market) was for all intents and purposes the most surprising piece of information coming from this sorry little excuse for a country in the last ten days or so. Even more surprising than the decapitation of the bad-bank where the CEO and chief of the supervisory board were dismissed over excessive pay. And infinitely more surprising than the story of the NSA and German BND bulk-intercepting international calls from Slovenia between 2005 and 2008. Both of which will get written up here in due course. But first, this net neutrality thing.

You can read it up, but the nuts and bolts of it are fairly simple: either everyone gets to use the web under the same conditions in terms of speed, access and services provided or network operators get to decide which services or users get preferential treatment (for a price, of course) and which get to crowd with the rest of us sorry bastards on the slow end of the interwebz. Or, what could happen is that the network operators get to pick their favourite service(s) and charge less – or nothing at all – for their use, relegating every other competing service to the status of an also-ran. Point being that under the proposed Single Digital Market directive the telcos get to pick the winners and the losers.

And would you really like your network provider to know exactly what sick turn-ons you have? Methinks not.

And this is just the way things are today. Imagine a couple of years from now, when the IoT takes off for real. You buy a net-enabled fridge telling you what’s missing and updating your shopping list. But on the not-neutral web your network operator gets to choose which brand of the fridge gets preferential treatment within its network or which on-line shops are available for such a device. Hell, it can even limit your online shopping experience, preventing you from getting the best deal out there. Or maybe it can charge you extra if your wifi-enabled car needs an update. The list goes on forever.

Also, this is about cats.

All of the above makes it all the more astounding that Slovenia actually took up the issue on the EU level. I mean, here we have arguably the single most important long-term policy issue since the introduction of the euro and this country actually wants to do something? Wow. Just wow. In fact, Slovenia and the Netherlands were out-voted on the issue, with Croatia and Greece abstaining, while the 24 remaining member states green-lighted the draft (page 13 of the link).

You see, the thing is that next to the Netherlands, Slovenia is the only EU member to have set net neutrality as a legal norm. More or less. In Slovenia at least the legislation was watered down via lobbying by the telcos, but not enough to prevent the first-ever rulings by AKOS, the comms watchdog, which in January fined the two largest mobile providers for providing zero-rating services. And now, as the year slowly draws to an end, the European Commission put forward a draft Single Digital Market directive which would have made these rulings next to impossible as it basically trades the much-hailed abolition of roaming charges (two years hence) for a two-speed Internet (most likely to commence in various forms immediately). Little wonder Slovenia and the Netherlands have problems with it since it directly undermines their national legislation, several orders of magnitude better than what the draft directive provides for.

At its most crudest, this is a case where a drop in profits in one segment of the industry is mitigated by a free-fire zone of surcharges in another segment. Not to mention the fact that the move will have massive repercussions far beyond the consumer sector. Limiting speed and/or access to information will impact education and research, creative industries will once again be divided into haves and have-nots and home will no longer be simply where the wi-fi is.

This, despite the name, will be anything but a single digital market.

The ball is now in the European Parliament’s court. Last year, the EP shot down a directive draft which – compared to the current one – was more than acceptable. But with Brussels packing more lobbyists than Washington D.C., one can never be sure of the final outcome. (Slighty OT: Here is a handy tool on lobbying stats, courtesy of Politico.eu).

Which is why a number of grass-roots initiatives sprang up all over the EU to, well, save the internet. In Slovenia, too, where media and the politicos have apparently finally started paying attention. Whether this will be enough remains to be seen, but if the fate of the ACTA treaty a few years ago and the recent Safe-harbour ruling by the European Court are omens to go by, then this whole thing can still be overturned.

Because as it stands, for all the goodies it brings vis-a-vis mobile roaming, the TSM directive in fact heralds yet another social stratification. This time of a digital nature, ordained by the industry whose hey-day has long since passed.