While Slovenia is gearing up for the official launch of the election campaign this Friday, shit is brewing in Greece. OK, that’s hardly news, but pengovsky was all like 😯 when he saw tweets about the Greek Army General Staff being axed overnight by the government of George Papandreou. 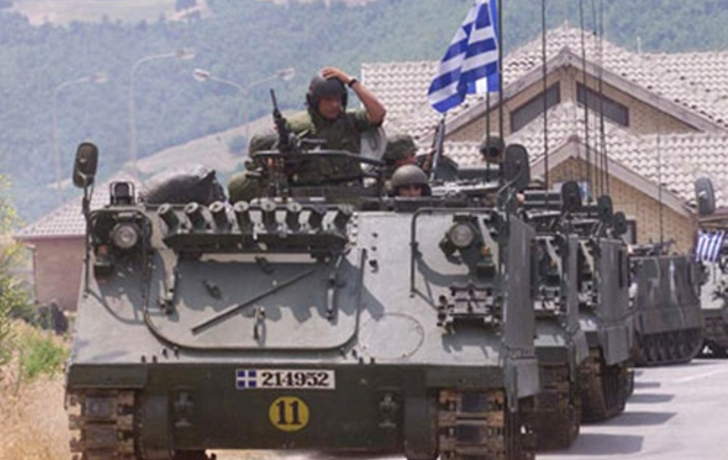 Not a pretty picture (source)

A classic of the 20th century, replacing the top brass of a country’s army translated into “deep shit”. When JFK was being cornered into Bay of Pigs part deux during the Cuban missile crisis, he apparently at one point mulled replacing the entire Joint Chiefs of Staff, but then chose not to do it, because it would mean that a) he doesn’t control the army or, worse, b) there was an attempted coup. Either way, a message he didn’t want to send to the Soviet Union.

Years ago, Croatian president Stipe Mesić by ways of presidential decree retired several top generals of the Croatian army in one big swoop. It soon emerged that the generals involved were openly opposing the president (their commander in chief) and took it upon themselves to “protect the truth of the Homeland War [the 1992-95 war in Croatia]”.

And of course, there’s Turkey, where every so often in the 20th century the Army, seeing itself as the protector of the secular (and semi-autocratic) state, would take the power, ostensibly to keep down the islamists. It was only last year that the government held 40 generals over rumours of an attempted coup.

Turkey and Croatia (both aspiring to become EU members) aside, it should be noted that Greece, Spain and Portugal were, until couple of decades ago, full-fledged military dicatorships and their entry into the EU was one of the ways to keep the then-fledling democracies – well – democratic. One can hardly imagine a general sitting in Brussels, confabulating with the likes of the British Prime Minister, Italian Presidente del Consiglio dei Ministri or the German Bundeskanzler… Oh, wait… shit…

Anyways, we’re not there yet. But axing top military brass in the middle of what is without a doubt the deepest political, economic and social crisis Europe is facing since the 1930s is bad juju. The way pengovsky sees it, there are three options:

2) The Prime Minister, who is barely holding on to power, will do anything to prevent elections which would undoubtedly remove him from power, including declare martial law (there’s circumstantial evidence to support that theory as well)

3) This is nothing more than a scare-tactic, reminding Greeks of the days of being ruled by military junta and hoping they’d rather support yet another austerity plan than let everything fall to pieces and let some trigger-happy moron come to power. There’s circumstantial evidence to support that theory as well.

None of the above is agreeable. Options One and Two are especially scary, because they show that Greece and indeed much of Europe is on the doorstep of re-visiting its not-so-distant and very dark past. Option three is only marginally better, in the sense that we’re not on the brink yet. But no one seems to know how to turn back.

The moment military is in the game one way or another in any European country, general alarms should ring throughout the continent. The thing is, however, most modern-day EU leaders have a hearing problem. Time to stock up on toilet paper and spam, I guess…