Demokracija weekly, the semi-official Party magazine (think Pravda or People’s Daily) ran a lovely cover today featuring Adolf Hitler and captioned “I’m a socialist”. Now, truth be told, a magazine cover featuring or alluding to der Führer is all too an often occurrence in Slovenia and the left-wing press is no exception. Really, someone should explain the finer points of Godwin’s law to them (yes, I’m looking at you, Mladina). However, this particular cover comes on top a PR and media frenzy over “left-wing fascism” launched by PM Janez “Ivan” Janša who labelled the protest movement as such when addressing the faithful on a pro-government rally two weeks ago. 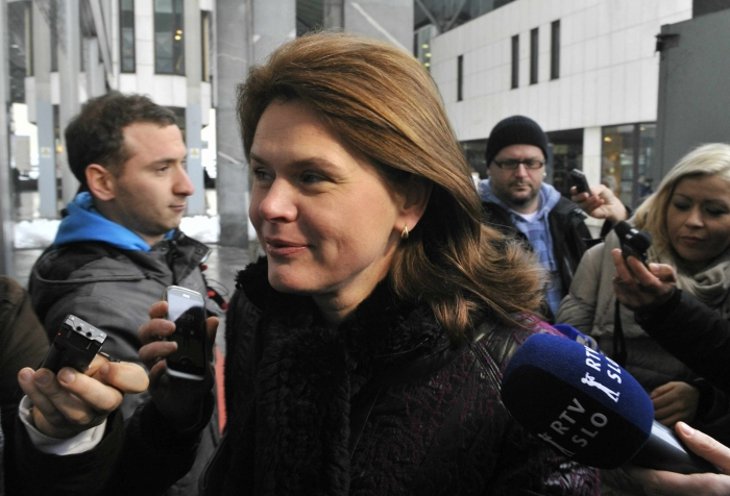 Interestingly enough, the Hitler-was-a-socialist line comes from a blogpost on The Telegraph’s website by Daniel Hannan MEP, a member of the splinter conservative AECR group. You will also note the visuals are the same in the said blogpost and on the cover of Demokracija.

Additionally, Hannan’s post showed up on Slovenian radars last weekend when super-minister Žiga Turk tweeted about it (and was, curiously, RT’d by Jos Douma, Dutch ambassador to Slovenia). But the phrase itself, that is to say “left-wing fascism”, entered the political orbit some months ago, via Alan Johnson in – you’ve guessed it – a blogpost on the Telegraph’s website.

Slightly off-topic: Hannan’s silly litte post was picked apart quite thoroughly over at Zero Street blog, but for the sake of historical clarity it must be written that Hitler said he was a socialist to Otto Strasser mainly to ensure the loyalty of Otto’s brother, the able Gregor Strasser, who was tasked with organising the Nazi party in Northern Germany and who indeed was a left-wing revolutionary and who was instrumental in the party’s rise to the top. But as soon as Hitler won the power, he got rid of the Strassers, with Otto in exile and Gregor murdered in the Night of the Long Knives. Just so you know.

Speaking of which, the issue seems to have ignited furore over in the UK as well. But you see what I’m getting at? In this day and age, when these things are easily googlable, the Party takes whatever it can from wherever it can find it, not bothering to do even the most basic of checks to avoid embarrassment (not unlike what happened with some of their MPs, mind you). Indeed, it’s a sad day, when a ruling party (let alone The Party) picks its defamatory talking points from the blogging section of a conservative newspaper. Nor is this good reference for the newspaper in question.

It seems that left to their own devices, the Party and Ivan himself have run out of steam and can do little more than insult everyone who crosses their path, demand obedience and indulge in conspiracy theories. Case in point being yesterday’s tete-a-tete Ivan had on state television where he basically repeated what he told the crowds on 8 February, only in a slightly more civilised manner. But the odds were evened by the Party’s official Twitter account with an overtly sexist tweet against acting president of Positive Slovenia Alenka Bratušek who only hours ago was nominated challenger to PM Janša in a no confidence vote.

Tweeting that Bratušek will last as PM only as long as her skirt is and her memory of [the ill stricken] NKMB bank activities are (Bratušek was member of the supervisory board for a time), the Party dug a new low in an already decrepit political environment. But the no-holds-barred approach probably signalises increasing frustration by the SDS leadership in pretending to be in control of the situation.

Which they are not. In the last week or so we’ve seen a heightened level of activities in searching for a challenger to PM Janez Janša. Positive Slovenia took the lead in searching for such a person and at one point Bratušek came up with Miro Cerar, jr. But he turned the offer down, citing lack of a clear majority. In the mean time, however, DL, DeSUS, SD and PS held their respective pow-vows and decided to support a no-confidence vote against Janša with Bratušek as a challenger.

Now, it has to be said this agreement was achieved after much political wrangling, with each party more or less issuing a particular set of demands. The winners this time around seem to be Igor Lukšič‘s Social Democrats, who managed to coax Gregor Virant into ditching Janez Šušteršič from being re-nominated as finance minister, citing major differences over issues of bad bank and state sovereign holding. This apparently opened up a rift within the party pengovsky wrote about some time ago and a break-up of the party can not be excluded at this point (or, rather, a massive defection over to SDS camp).

Also a winner is – how does he do it? – Karl Erjavec, who is capitalising on his recent row with Janša over solving Ljubljanska banka issue and ratifying Croatian EU entry. But Teflon Karl is still up for his major battle as he is facing serious leadership challenges within the party and his recent anti-Ivan stance can and should be viewed from this perspective.

Janković “re-resigns” with a sunrise clause

This left us with Positive Slovenia, where both DL and SD (and to an extent DeSUS as well) demanded Zoran Janković officially and unequivocally quits leadership of the party. This already was a marked softening of positions, as these parties initially demanded Zoki quit as Ljubljana mayor as well. This put quite some pressure on Positive Slovenia, as Janković maintained he only “froze” his leadership position, while unofficially senior party people conceded Janković had for all intents and purposes resigned. Regardless, the would-be coalition wanted to cover all the bases and after a long session Jay-Z did indeed produce a hand-written letter of resignation, but left the date blank, saying that he’ll date it when Alenka Bratušek sees her government sworn in. 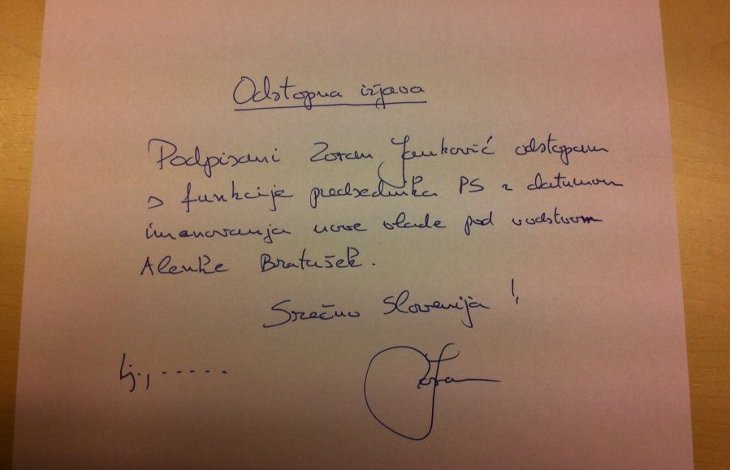 In pengovsky’s opinion this was yet another awkward move by Janković, not unlike the initial “freezing”. Would it really be so hard to simply say “I’m resigning effective swearing-in of Bratušek-led government”? You see, with “official” resignation Janković lost nothing. He had indeed removed himself from state politics and by giving the SD and DL what they in fact already had (although unofficially) he could have landed a sweet little parting shot and see Bratušek off to a better start. Bob know’s she’ll need all the help she can get.

Turk gets away with it

One side effect of this is that Žiga Turk, the super-minister who conveniently dug up the silly blogpost on left-wing fascism may not even see his interpelation proceedings take off as the government may fall before that. Lucky escape for him if it did.