The ink on the resignation letter of minister of economy Stanko Stepišnik had barely dried when PM Alenka Bratušek saw another member of her cabinet resign earlier today when minister of health Tomaž Gantar tendered his resignation with media grabbing his statement about blockade of any meaningful health reform by powerful players and people with vested interest. 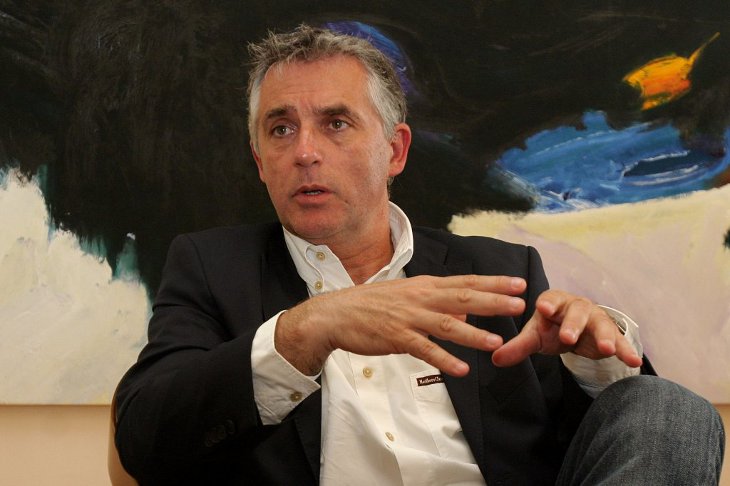 Minister in resignation. Another one (photo by Barbara Milavec/Žurnal24.si)

Indeed, in his resignation letter (Google Translate here) Gantar did, in fact, acknowledge corruption as a major issue of Slovenian health system. However, he adds that in this respect the health sector is no different than the rest of the country and that some of his problems may very well stem from his attempts to curb the construction lobby. Which, in all honesty, is as political a statement about corruption as any. Not in the least because the health sector is prone to occasional fits of corruption, the most epic of them being a tender for operating tables in surgery halls of Ljubljana University Clinical Centre which dragged on for years and resulted in no charges being filed despite tonnes of taxpayer’s money being thrown out the window by the bucketful. Then there’s was a tender for a new ER under Janša government 1.0, which also ran aground. Or the new Oncology wing which even years after it was completed is mired by cases of Legionella in its plumbing. Or the (relatively) new Pediatrics wing, which took more than a decade to build and serves a smaller number of patients than its predecessor. And so on and so on…

Every minister in ever government practically anywhere in the world will try to position himself/herself as fiercely anti-corruption. But talking the talk don’t always mean walking the walk. And Gantar was stumbling in office practically from day one. That be day one of Janša 2012 government, where only both DeSUS ministers (Gantar and foreign minister and party leader Karl Erjavec) held the same positions as in the succeeding Bratušek administration and Gantar was widely perceived as being out of his depth, despite the fact that he ran a relatively successful hospital in coast town of Izola prior to his entry in politics. Therefore, although resonating, his statements on corruption are neither revealing nor ravaging.

Therefore the rest of his letter is much more interesting in terms of shedding light on high-level behind-the-scenes power-plays. It shows that Gantar fell not so much a victim to various lobbies but rather failed in a power struggle for the future (re)organisation of the health system. To put it bluntly, it a tussle between proponents of further concessions in primary health care (i.e.: private GPs performing public-health services) and proponents of concentrating primary health-care solely in the hands of state-related organisations. Gantar positioned himself as pro-concessions and named labour unions as well as Social Democrats as forces opposing further issuing of concessions.

Therefore, while somewhat of a surprise, Gantar’s resignation is not really rocking the coalition boat. In fact, it may even show that the coalition is closing its ranks in the wake of a confidence vote won by PM Bratušek and is now getting rid of some of its looser parts. Whether or not this is the case will be seen pretty soon and gauged by the simplest of instruments: whether or not DeSUS president Karl Erjavec will start making noises towards leaving the coalition once again. The grapevine has it that Erjavec and Gantar were not really on friendly terms as of late and it might just be that Erjavec wants a more friendly person fulfilling DeSUS cabinet quota.

As for primary health care concessions and overall reform, this might even be a good thing. Opposition to reforms is indeed staunch, especially with players who stand to lose a lot. But it was also shown time and again that given the right person in the right position, a deal can usually be brokered.

P.S.: Gantar didn’t really say he was “sickened”. It just that The Onion-like title reads well 😉