In what was not an entirely expected turn of events, the parliament yesterday unanimously adopted the committee report on the TEŠ 6 (Tower Six of Šoštanj coal power plant) corruption case. In addition, the parliament also voted to approve a virtually unprecedented move to report to the police the suspicion of gross negligence in execution of public office, a criminal offence carrying up to three-year prison sentence (Article 258 of the Penal Code).

TEŠ 6 (photo by yours truly)

The report concludes that the whole project was tailored to the needs of the coal lobby with specific MPs acting as stooges and pushing its agenda. The document blames every government from 2004 until 2012 for being needlessly careless and allowing the project to balloon and eventually derail. But while there is plenty of blame to go around, the report singles out and pins the largest share of the blame on then-PM Borut Pahor, his finance minister Franci Križanič and economy minister Matej Lahovnik for either actively looking the other way (Pahor) or even facilitating corruption (Križanič, Lahovnik) when it was already obvious the whole thing was going tits-up but disaster could still have been prevented.

END_OF_DOCUMENT_TOKEN_TO_BE_REPLACED 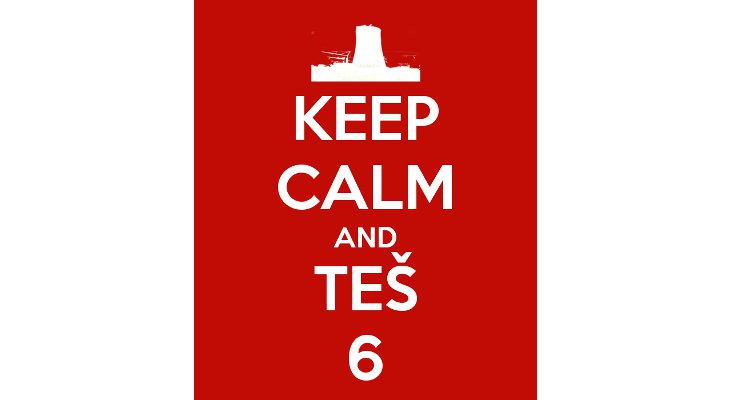 Now, you may or may not be fully up to speed on the issue, but while quite long in the making, the issue became hot during the Pahor era, when Zares of Gregor Golobič started raising hell about how this project is run so badly it is going to explode into everyone’s face. In retrospect they were right and this was arguably the single most important issue that brought down the government of Borut Pahor. Namely, it emerged that an ad hoc SD-SDS special interest coalition formed on this project specifically and passed a law of a state guarantee for a 400 million loan by the European Investment Bank. At the time it was hailed as the only infrastructure project in Slovenia worthy of its name, a backbone of Slovenian energy self-sufficiency and a jobs maker in the area.

Very few people asked themselves how exactly TEŠ6 helps energy self-sufficiency if it is only meant to replace the ageing blocs 4 and 5 and thus producing almost zero net increase in megawatt hours. Few people asked themselves just how exactly do 3500 jobs warrant over a billion worth of stimulus when the entire country is going down the shit-hole. And finally, nobody really took care of the project, which means that TEŠ6 still has to produce a single megawatt of electricity.

A shitload of people had and still have a vested interest in this project which is why it was defended furiously. Case in point being this POP TV video from 2010 (Slovenian only) where Srečko Meh, a SD heavyweight from Velenje/Šoštanj area goes after Gregor Golobič from the very beginning, defending the project as financially sound, economically justifiable and socially necessary. Fast forward three years (June 24 2013) and Srečko Meh posts a video (Slovenian only), slamming the SDS for calling the parliament debate and pre-emptively distancing himself from the project and the parliament-approved guarantee he helped secure.

You see, TEŠ6 was meant to be a hunting ground both in terms of money for pet projects as well as securing high paying jobs for selected people. Which is why the entire project was based of the principle of fait accompli, with stuff being done first and then asking the relevant authorities to either OK it or cough up the dough. or both. Energy is where the money is and TEŠ6 was earmarked to burn the local lignite which has the energy density of a well-behaved rock and is pricey to say the least. It is also a matter of some debate whether – after decades of mining – there’s enough lignite left for the entire life-span of TEŠ6 or will this mean importing coal, driving the cost up even more. In fact, yesterday’s parliament session even pointed to the possibility of the power-plant making a loss. Yes. you read it correctly. Apparently, TEŠ6 is so screwed up it is liable to lose money rather than make it. It should come as no surprise then that Uroš Rotnik, CEO of the plant at the time when the deal with Alstom was sealed is now under criminal investigation

What we saw yesterday was a classic example of pot calling kettle black. It was perverse seeing SDS and SD pointing fingers at each other and screaming bloody murder over a billion-and-a-half worth example of pork-barrel politics. In fact, in a bizarre show of complete disconnect, the SDS actually moved to have the parliament set the price tag at 1.3 billion and not a penny more. As if Alstom, the French construction company which got the contract to build under suspiciously favourable conditions, would give a damn.

But if you think anything changed, you’re mistaken. The 800 million already spent remain with Alsom and 400+ mil state guarantee for an EIB loan stands, despite a new majority in the parliament and a new government at the helm. The only decision that begs mention is a measure instructing the Court of Audit to go over the books of state-owned HSE, the mother company of TEŠ. But the law does not give the Court the power to dig into companies that are indirectly state owned, like TEŠ is. So in fact, the parliament yesterday almost unanimously decided that the project is a disaster and then voted to carry on with it.