The clusterfuck that is the NSA PRISM leak by Edward Snowden, which precipitated a story by Der Spiegel about the US monitoring communication in several allied states – in fact, most of them – somewhat unexpectedly washed up in Slovenia as well. Nothing as dramatic as Snowden asking for asylum in this excuse for a country (on that note: China, Edward? Really? You don’t get out much, do you? What’s next? Iran?), but rather the fact that earlier today the Slovenian foreign ministry summoned the outgoing US ambassador Joseph A. Mussomeli and said the US has some ‘splainin’ to do, since Slovenia is presumed to be on the “Bugged Allies” list. 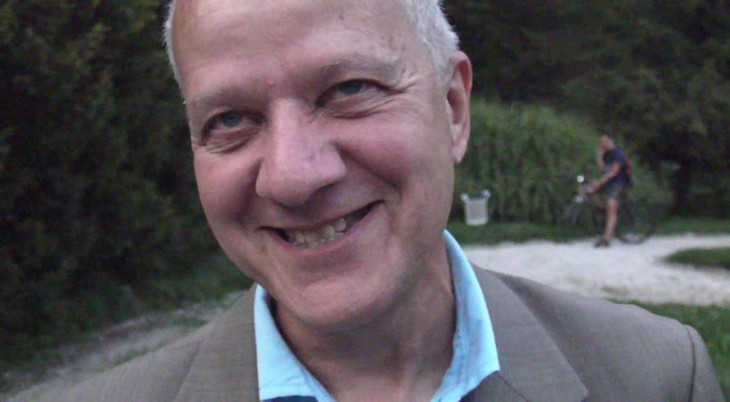 Joseph A. Mussomeli (source: The Firm™)

Now, what is amazing here, is not the summon itself, but the fact that the great Ambassador Mussomeli, the kingmaker himself had to appear in front of a lowly senior public servant and hear what he had to say. You see, Mussomeli, who is preparing to be rotated out of Slovenia to a different post, was (still is) very much a felt presence in the Slovenian political arena. Often curiously outspoken for a top diplomat, he did not mince words and had plenty of not very nice things to say about Slovenian transition period, state ownership and the political left in general. Or, to put it another way, he was the best foreign asset Janez Janša had on the ground.

It has been said that the rest of the diplomatic core in Ljubljana was quite baffled by actions of their American colleague on several occasions. In fact, it was a more or less public secret that Mussomeli played at least a small but influential role in forming the government after 2011 parliamentary elections when, after much wrangling, Janez Janša took power, only to be ousted by a no-confidence vote a year later. However, it should also be noted, that Slovenian politicians (with a few notable exceptions) generally flocked to Mussomeli and proved themselves to be more than eager to talk to the man. Usually that meant bad-mouthing competition, but hey. At least, the CIA station chief was kept happy.

You see, PRISM is totally useless in Slovenia. If you’re the US ambassador to this sorry little place, most of the indigenous politicians will tell you everything you want to know over lunch and then the dumb bastards will go on and brag about it.

Sorry, Edward. PRISM doesn’t scare us. We got that shit covered long ago.

“‘What can Slovenia do to secure a meeting between Prime Minister Pahor and President Obama”‘ asked foreign minister Samuel Žbogar, exposes WikiLeaks
Slovenia is again a topic in the exposed secret US diplomatic documents and again the issue is the desire of Slovene PM Borut Pahor to meet US President Barack Obama
According to German Spiegel, foreign minister Samuel Žbogar was inquiring with US representatives as to what conditions must be met to make such a meeting hapen.”

Hillary: “Eeer, Samuel? You remeber those meetings? There’s something you should know…” (source)

This, more or less is the lead of today’s article on RTVSLO (state radio and television) website. This comes only a day after PM Borut Pahor called a press conference and denied allegations of horse-trading with the Americans, basically saying that a) yes, he’d like to meed Obama, b) would be glad to take in a Gitmo detainee regardless and c) he never linked anything to anything else, regardless of what the cable says and when (somewhat predictably, since it’s their document which is causing all this embarrassment) the new US Ambassador to Slovenia Joseph Mussomeli issued a written statement saying basically the same thing, adding that PM Pahor is an honest and honourable man. Someone’s lying.

Or, better yet, someone can’t really read. My money’s on the latter. The infamous Spiegel article has been around for at least 72 hours. Pengovsky was first alerted to it by alcessa. I linked to it again yesterday. It was then linked to again by Žiga Turk (a prominent member of opposition SDS). In short, this shit is old by internet standards.

Even more important, this is part of the same story. Half-wits at RTVSLO – well, their web section at least – for reasons that are known only to them infer that there was a second cable (Slovenia is again a topic… and the issue again is…) which in addition to PM Pahor implicated FM Žbogar as well.

However, there is no “again” here. Not yet, anyhow. Der Spiegel, NY Times, El Pais and Guardian all worked with the same set of documents (the entire 250k+ batch) and they all saw it fit to expose Slovenia-US horse-trading. And save the sole cable posted yesterday by El Pais, none of the cables pertaining to Slovenia have been released by WikiLeaks yet. None. Zero.

Indeed it is still a mystery as to how exactly could they have arrived at such different conclusions: NYT reports US pressured Slovenia. No names are mentioned. El Pais reports Slovenia pressured the US and names PM Pahor and making no mention of FM Žbogar. And Der Spiegel reports Slovenia was horse-trading with the US but mentions Žbogar, omitting Pahor completely. But they all published their pieces on the same day, 29 November 2010 (three days ago), while the general public, which in this case includes Slovene media has yet to see anything more than a single cable from US Embassy Ljubljana. I know I’m repeating myself, but I can not stress this point enough.

To put it in the words of Al Pacino: We’re in the dark here!

Point being, web section of RTVSLO is either making things up or really has a problem reading and/or googling.

(again, many thanks to alcessa for the heads-up)