UPDATE 29/06/2016 @ 1630 CET: The Tribunal has announced its decision which (at least in part) goes along the lines argued in the post. See the end of the post for details.

Once for a change, Slovenia and Croatia have every right to feel like the centre of the world. It’s not as if they don’t feel like that most of time, but with the final decision of the arbitration tribunal on the border between the two former Yugoslav republics due on Thursday, the attention of much of the continent (if not the world) will be upon them. And it shows. 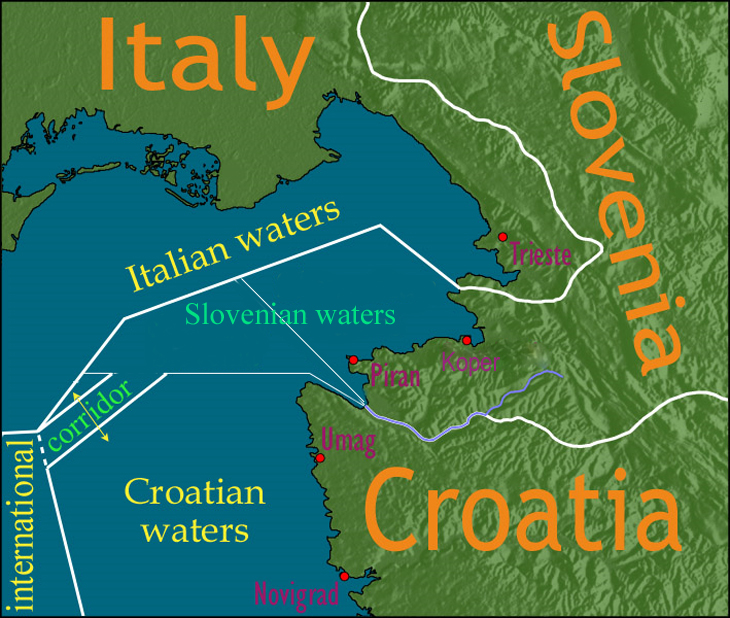 The disputed maritime border between Slovenia and Croatia

The story of the Slovenia-Croatia border dispute is as long as the independence of the two countries and has in the past quarter-century gone from practically non-existent to near-armed-conflict and back again, with everything in between. It has been used time and again for scoring cheap political points, divert attention from other problems or even (allegedly) coordinated by players on both sides of the borders to swing elections. But in reality it was nothing more than a neighbourly dispute over a few patches of land that got out of hand.