Andrej Magajna, former MP for Social Democrats who quit the party’s parliamentary group over the new law on RTV Slovenia and registered as an independent found himself subject of a criminal investigation early this morning. According to POP TV CrimPolice showed up at his house at 6 o’clock with a warrant to search the premises and confiscated five computers. 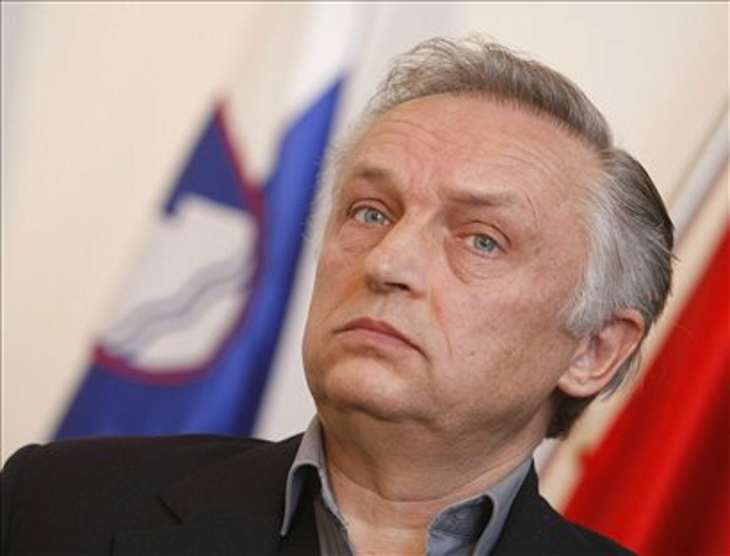 Magajna said that the investigation had to do with suspicion of downloading illegal material but did not specify just what kind of material this might be. He did, however, share a couple of seemingly important pieces of information. He said that the investigation was in part launched based on information provided by a certain Luxembourg office, denied any knowledge that it has to do with child pornography and then added that “everyone downloads things from the internet, from children onwards…“.

Obviously everyone is hyped right now an is reading a lot into this. Magajna’s sentence about children and downloading is dubious and can be interpreted benevolently (as in “nowadays even kids download copyrighted material”) or maliciously (“everyone downloads pictures of children nowadays”). For the time being pengovsky is inclined to go with the former interpretation, not in the least because things are happening too fast for comfort.

Having said that, it should be noted that a quick search on the internet turns up LISA Stopline, Luxembourg Internet Safety Alert, which deals solely in collecting reports on child pornography, terrorism related content, racism, revisionism and similar. Magajna also said that he was under investigation because the internet connection was in his name, but that there are a number of people in his household using now confiscated computers and stressed that his parliament-issued laptop was also confiscated.

As pengovsky was writing this it transpired that as much as twenty-one raids related to child pornography were performed during the night, all based on information from Luxembourg. People who know cyber-crime say that often this is a case of high-jacking one’s internet connection therefore any conclusions are premature. However, with Magajna at the centre of the recent brouhaha over referendum on RTVSLO, coincidences may not be all that coincidental.

Obviously, one immediately thinks about Magajna being punished for breaking ranks over the new law on RTVSLO. Easy-peasy. An investigation was being launched anyway, why not extend it, scare the shit out of him and have a peek in his computers while we’re at it. You know, just so he gets the message for future reference. If this were really the case, we’d be looking at a frightful case of intimidation and retaliation tactics, not to mention abuse of power and similar. To pengovsky’s best knowledge this would also be the first time police would be used (at the very least in such an open manner) as an intimidation tool. Usually this sort of tricks were monopolised by secret services and people with shady pasts serving their particular political masters. Not to mention the fact that Slovene police cab be very porous as far as sensitive information is concerned and an abuse of this magnitude would be leaked almost immediately.

Another theory is much more interesting, though. Maybe Magajna did not break ranks with the SD of his own accord, but was forced to. Not by his former party but by someone else. What if this is a simple case of political blackmail? Suppose Magajna indeed was under investigation and suppose not everything is in order. I’m not saying child porn, but maybe a shit-load of latest H’Wood releases. Tons of music. Who knows. And suppose this information was leaked beforehand to someone on the political right who then used it to coerce Magajna into supporting the referendum on RTVSLO?

But then again, it could be just a concidence. However, there are too many coincidences here. First, Magajna (of all people) voices concerns over the legal status of the RTVSLO (it is now to become a hybrid between public and private legal person). Of all the provisions of the law he finds this one so problematic that he “crosses the aisle” and sides with the opposition. Then he quits his native parliamentary group, just in time to save the SD from the embarrassment of having an MP under investigation. And then Magajna on live TV, rather than screaming bloody murder, reacts in the most calm of manners and says that he doesn’t believe there’s a political connection?

Either this is all a ploy with an already known outcome, or the guy is the next Jesus Christ.