There was an almost audible gasp on social media in Muddy Hollows once the results finally came in and it had become obvious that Aleksandra Pivec ousted Karl Erjavec as DeSUS leader, by a landslide.

The implosion was immediate. Erjavec came into the congress as one of the longest-serving party leaders in the history of independent Slovenia and with an impressive CV of serving as foreign minister in three governments and as minister of defense in two, including the current one, but left almost as a private citizen, announcing his resignation from the government.

END_OF_DOCUMENT_TOKEN_TO_BE_REPLACED

There are many angles to the aftermath of the real-estate-tax debacle and the ruling coalition sought to close the fiscal one last weekend when they plugged a 200-million gaping hole in the budget. The deal, a combo of public-sector cuts and excise-hikes is not yet entirely done and is already drawing criticism from both labour unions and the Chamber of Commerce. But the dash to find two hundred big ones was soon eclipsed by what for all intents and purposes is turning out to be a showdown between PM Alenka Bratušek and Ljubljana mayor Zoran Janković. 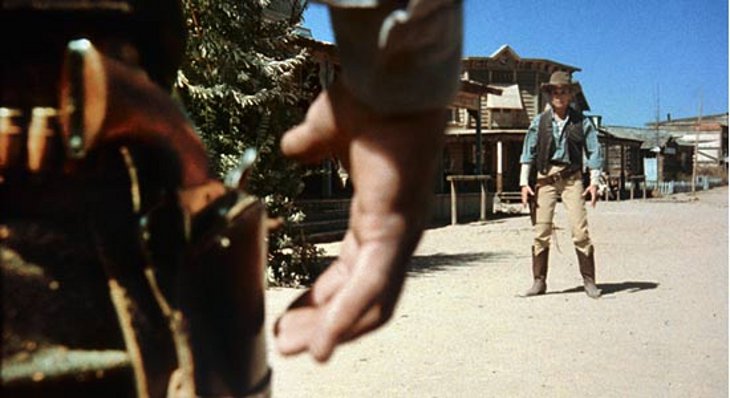 Namely, only a few days after the Constitutional Court struck down the real estate tax (with one of the judges resorting to Hayek as he did so), the interpelation of interior minister and leader of DL Gregor Virant was on the books.

Now, Virant is in his own set of omnishambles, apparently getting the soft treatment by the anti-graft commission over cheap(ish) airline tickets he was buying at Adria Airways. While the price of the tickets, which was the main sticking issue, apparently is not all that problematic, he first claimed he didn’t have anything to do with it, saying his wife handled the tickets, only to see emails emerge (via Dnevnik newspaper) that he did in fact handle at least some tickets himself. Which basically boils down to whether he lied or not.

Be that as it may, his position as the kingmaker was becoming ever more fluid as a result. Which in turn caused a low-level rift between pro-Bratušek and pro-Janković factions inside the Positive Slovenia to explode suddenly. Namely, the way Virant played hardball with regard to government policies (derailing VAT hike as a way to mitigate the real-estate fallout, to pick an example at random) built up quite a lot of resentment within the PS. Which was a signal Zoran Janković was waiting for to make his move and reclaim some political ground he is consistently losing since the party threw him under the bus in March last year, not in the least because Virant made that a precondition to ditch Janez Janša and join a PS-led government.

Thus Janković had a little chat with several PS MPs and lit a fire under the anti-Virant sentiment, inciting a bit of a revolt and persuading several MPs to support the SDS-sponsored bid to remove Virant as minister of interior. This was of course a direct challenge to PM Bratušek who faced a similar scenario last summer and autumn, when Janković attempted a comeback and announced he wants to settle the question of party leadership, considering himself to have only “frozen” his presidency.

But back then Bratušek was being bombarded from all sides. Public finances were going south, so was the economy, the Troika was getting ready to deploy its drones against Slovenia, the opposition was rabid over having lost power only months earlier and the government itself wasn’t exactly ship-shape.

Today, the tables have turned somewhat. The government itself is still struggling somewhat, case in point being ministry of silly walks health where Alenka Trop Skaza lasted less than a month. But the interest on Slovenian debt went down somewhat, we appear to be out of recession (technically, at least, not that anyone noticed) and despite a major setback with the real-estate tax the government pulled its act together and cobbled up a 200-or-so million revenue plan mostly by cutting subsidies and raising excise on alcohol and tobacco. On the whole, in April 2014 PM Bratušek is much more in charge than she was in July 2013.

On the other hand, Zoran Janković was starting to see the results of various investigations opened against him, with charges being filed in at least two cases pertaining to his activities as mayor of Ljubljana while in a third case, about a deal while he was still CEO of Mercator, he was indicted and will stand trial. Additionally, Janković feels – not wholly unjustified – that he was used by several key PS people, helping them to re-emerge politically, only to find himself being thrown under the bus when push came to a shove.

But be this a case of bruised ego, an attempt to stay afloat politically at any cost or, as Janković claims, a perfectly normal, if loud, clash of different visions, fact of the matter is that the rift between Bratušek and Janković is apparently complete and – unlike the last time, when it was avoided by postponing the congress – this time around a full-blown gunfight between the prime minister and the mayor is almost inevitable. And unless one of them blinks until 25 April when PS congress is to be held, it’s bound to get real ugly.

Who will draw faster

The fact that Alenka Bratušek is preparing for a (political) shoot-out suggests that either she doesn’t give a pair of fetid dingo’s kidneys about the outcome and whatever happens, happens, or that the outcome of the congress is a foregone conclusion and that Bratušek will win hands-down.

A number of not-so-subtle signs suggest the latter to be the case. First of all, only a day after this particular political zit exploded Bratušek sent a letter to party members, basically saying that enough is enough. But more importantly, several days before that former president Milan Kučan met with Alenka Bratušek. Supposedly, they were talking about whether or not to raise VAT after the real estate debacle. But subject of the meet is secondary to the fact that it took place. Namely, Kučan was long seen as a key Janković ally and allowing himself to be seen meeting the PM, acknowledging her both as head of the government as well as head of the party, first and foremost sends a message to Jay-Z.

But Bratušek is sending a message of her own. She announced she will seek a vote of confidence and will not tie it to a specific measure, opting instead for a simple yes-or-no vote (not like the last time around), refusing the rebelious MPs, four or five of them, apparently, all of them from her own party, the luxury of a political cover along the lines of “I voted for the [insert specific measure] and not necesarily for the PM”. This, too, sends a message to Janković that she considers her position much stronger and believes she has a better set of cards in hand than Ljubljana mayor.

Whether or not he gets the message, remains to be seen. Both he and Bratušek have until Monday to formally confirm their leadership bids and although rumours are aplently that Zoki will withdraw his bid at the eleventh hour, this is highly unlikely. Much more likely that he and Bratušek fight it out on open stage on 25 April.

But if he wins, Janković will find the coalition going tits-up and see early elections called, most likely bringing SDS and Janez Janša back to power in one form or another. That much is a given.