To say that last week was bad for Ljubljana mayor Zoran Janković is a gross understatement. The truth is it was just south of a disaster, a shambolic series of events which probably hasn’t ended yet and will one way or another have serious repercussions down the road. 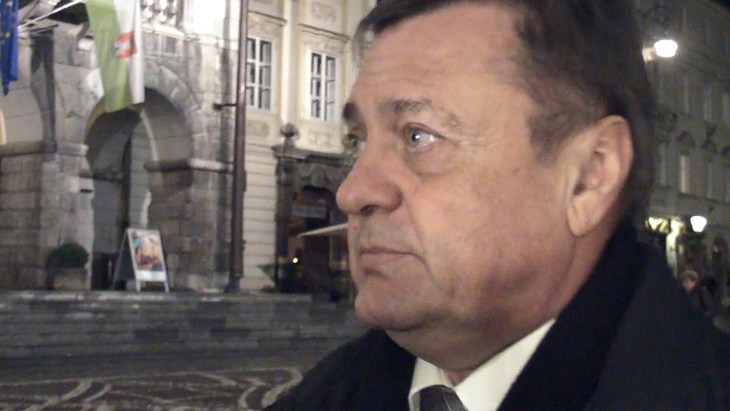 It started with the National Investigation Bureau (NPU) filing an indictment against several people including the mayor over the Stožice sports complex affair, sixteen months after the cops raided Janković’s home and office. The case seems to have focused on what the NPU believes was a false contract between Sport Ljubljana (a city-owned institute running all sport facilities) and GREP, the Stožice developer. The contract, the cops claim, was signed only to give the appearance of GREP making it appear as if it had secured enough lease contracts for a consortium of banks to approve a 150 million loan for the project.

The loan, albeit topping at 115 million was indeed granted, the project went tits up financially with retail part being only half-finished (the stadium and arena are fully functional) and all hell breaking loose some weeks ago when the NPU raided the house of defence minister Roman Jakič who signed the contract in question, having headed Sport Ljubljana at the time. Jakič, too, was indicted and had maintained he will resign, should the court accept the indictment as valid. Jay-Z, on the other hand, intends to do no such thing. Not yet, anyhow.

But only a day later he lost another legal battle (well, the city did). A developer sued the city, claiming it had sold him land that wasn’t municipal to begin with. Some months ago both the NPU and the developer filed charges against Janković, but the court’s decision to invalidate the sale gives quite a bit of impetus to the whole thing. The immediate effect being the city will have to return a million euros it got from the now sale, as for the rest, time will tell. Ad then, just to top it off, Thursday last the cops descended upon the City Hall yet again, this time apparently investigating the much-advertised quid-pro-quo approach Janković employs running the city. Namely, he maintained from day one of assuming office that companies operating in the city and making a profit should give something back to the city. And so donations started pouring in. But while the NPU has no proof that donations went to places other than city coffers (NPU head Majhenič said do the other day), it was the manner in which donations were allegedly secured that bothers the cops.

Namely, the mayor is under suspicion of tying these donations directly to big city contracts, awarding them to the company which promised to give more back to the city. In this, Janković claims no wrong-doing and viciously defends his approach. And indeed it seems as if the cops and the prosecution will have a hard time arguing their case on this issue. Corruption and bribery as criminal act is notoriously hard to prove and in this case the beneficiary of the “pay-offs” is apparently not an individual but the community. But, pengovsky is told, it is the alleged act of bribery that counts, not to whom the pay-off was made. Anyways, point is Janković is in a pretty substantial heap of manure right now and will have to spend a considerable amount of energy and resources to deal with it.

Especially before the upcoming municipal elections this autumn. Which is why a theory was floated early on that the repeated visits by the local FBI are a form of not so gentle a hint to let it go and slowly fade out of the picture. The only problem is Janković doesn’t take hints. What is more plausible is that NPU felt they finally have enough to move on and are now fishing around for more things that might stick on the proverbially Teflon-skinned mayor. It all comes at a very awkward time for Zoki who is due to announce his decision on whether to run for mayor for the third full term (bur for the fourth time as he got elected twice last time around).

The big announcement is scheduled for 9 May, Liberation day, when the City Council meets for a special session to celebrate the city’s single most important anniversary. The drama and flair suggest a monumental decision although Janković stubbornly refuses to give so much as a hint on which way he’s leaning. Even more, he’s apparently actively giving mixed signals – preparing the groundwork for a record third term and yet being completely unenthusiastic, even bored with the very idea.

Because the outside signs are there. The 2014 city budget was increased 40% with respect to 2013 results, a shitload of infrastructure projects are planned and – as if learned a lesson with Stožice – most of those are city-financed, not some form of public-private partnership. A lot of other things, too, bear hallmarks of impending re-election bid. For example, plumbing is being constructed in a remote part of Ljubljana, which has been screaming for it for over three decades. New buses are on the shopping list. Stuff mayors do when elections approach. And yet, there seems to be precious little flair left. It wasn’t just regular visits by the cops. Positive Slovenia, the party which he formed almost single-handedly, has all but thrown him under the bus. Minister in the Bratušek administration considered close to Janković are being replaced one by one. Prominent MPs considered from his stock are either evasive, deserting him or facing their own investigations. Renata Brunskole and Matjaž Zanoškar being examples of the latter two. And to top it off, the “interim” Positive Slovenia leadership just signed the party up for ALDE membership in EU politics, linking it with the liberal camp, while Janković wanted the party to join the S&D, the so called Socialist Internationale.

Thus it was as much a recognition of the fact that he was effectively muscled out of his own party as it was pure bitterness when he said the other day he’d never consider forming yet another party. Which begs the question in what form will he enter the race for the third term at the helm of the city (presuming he does indeed decide to run and that the indictment is either thrown out or the court doesn’t rule on it yet). Technically, the city council has no Positive Slovenia councilmen as all of Janković’s majority in the council was elected on the Zoran Janković List (LZJ) in 2010 and there’s no reason why Jay-Z couldn’t do it again. Provided (again) things on the legal front don’t deteriorate further for him.

And although much of the panache is gone, the re-election of Zoran Janković is not as much a question of his “fitness for office” as it is the question of the opposition coming up with at least one credible candidate. Everything until now was more or less a joke with NSi‘s Mojca Kucler Dolinar being the most serious of generally laughable candidates for mayor in the past eight years. It will also be fun to see whether the PS will run their own candidate, against Janković. With this being the capital and all, it would be only fitting for the largest party in the parliament to come up with a credible candidate for mayor. But then again, even if their man/woman loses they’d have opened another bitter dispute with Janković.

All in all, as far as Ljubljana mayor is considered, his is a pretty shaky position right now and you wouldn’t want to trade places with him for all the farms in Cuba. Strengthening it will require time, but it’s not like he could whistle on his way home.

UPDATE, 19 FEB: Well, turns out Jay-Z’s woes are not nearly over. Today’s Delo reports (Slovene only) Peter Vilfan resigned as city councilman for LZJ. Vilfan, a former basketball star is also MP for Positive Slovenia and his resignation is no small matter in this respect (talk about MPs distancing themselves from Zoki). Namely, Vilfan said that despite his belief that Janković is a) innocent and b) the best mayor Ljubljana ever had, the prime reason for his resignation are mayor’s mounting legal problems with the added bonus being the fantastically fruitless debates in the city council.

Well, while Vilfan put himself in the classical foot-in-mouth position (If he believes Janković is innocent of the charges, why resign?), he is at least correct on the last count 😉