As Slovenia watches in awe the incredible amount of stupid that is being produced live during the third and final reading of the Family Code and with the more open minded part of the population hoping for a ground-breaking vote finally recognising that everyone deserves a family, pengovsky brings to your attention yet another ground-breaking vote which was taken on Thursday last and made public on Monday. In what was probably the gutsiest in-your-face move in recent years, the Constitutional Court defeated the informal across-the-aisle agreement that was struck in the parliament and established a new municipality of Ankaran. 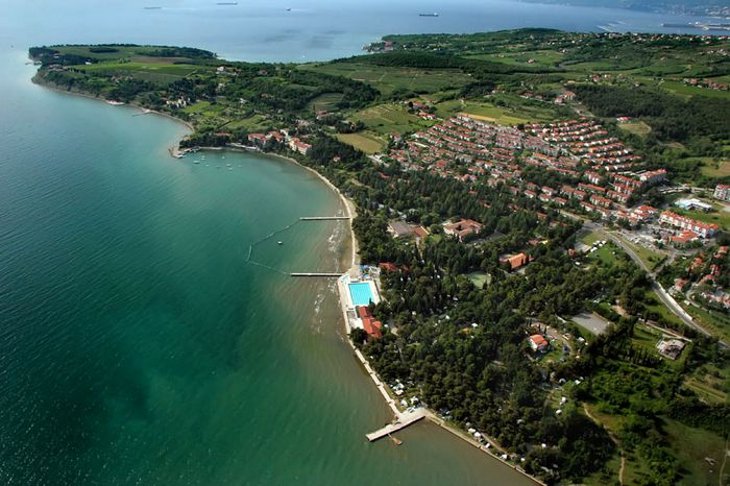 A little bit of background, if you will: Ankaran is a town that was until Monday a part of the Municipality of Koper where the industrious (and I mean that in the broadest sense of the word) Boris Popović is the mayor. For some time now townsfolk of Ankaran felt neglected by Koper administration. Whether or not that indeed was the case is more or less irrelevant, fact of the matter is that they felt that way. Moreover, there was a long-running dispute over how monies paid by the Port of Koper for degradation of environment were distributed between Koper proper and Ankaran. It all ammounted to a definitive “yes” vote when a referendum on Ankaran becoming an independent municipality was held. At the same time in another part of the country, a referendum was held on whether the town of Mirna (until then part of Municipality of Trebnje) should also become a municipality unto itself. This was to prove to be crucial to the fate of Ankaran.

Now, there are several conditions an area must meet in order to be eligible for municipality status in Slovenia. These are not very strict conditions which is probably the reason this country now boasts as much as 212 municipalities with as many mayors and municipal administrations, thousands of council members and so on. One of the conditions is, of course, the will of the people. Both Mirna and Ankaran fulfilled all the necessary conditions and the parliamentary act of establishing both municipalities was thought to be a mere formality. Wrong. While a vote on establishing the municipality of Mirna was a no brainer, MPs flat out rejected establishment of Ankaran. And did it several times. It became apparent that enough people both on local and state level were interested in Ankaran remaining within municipality of Koper, that they denied the people of Ankaran what was due according to the law.

Enter the Constitutional Court. In fact, the court was engaged even before, because it suspended 2010 local elections in Trebnje and Koper pending results of local referendums. But when Ankaran was denied, the Court was petitioned and ruled that Ankaran should have been granted municipality status. It also instructed the parliament to make this happen toute-de-suite. This, however, did not happen. Or rather, it almost did. The parliament passed the law which was then vetoed by the National Council (the ill-conceived second-chamber-wannabe) and then all of a sudden the parliament did not approve the law in the second vote. If things were fishy in the first place (the first attempt to create Ankaran municipality was defeated in the committee stage of the process), by now they outright stunk, especially since MPs opposing Ankaran came from both sides of the aisle. And when those same MPs proposed a special law allowing local elections in Koper municipality with Ankaran still included, it was plainly obvious that there was a tacit agreement (pengovsky won’t use the word conspiracy but feel free to think it) to keep Koper intact.

Petitioners from Ankaran again filed a complaint with the Constitutional Court which then took an almost unprecedented step of allowing the elections in Koper to go ahead, but in an area excluding the town of Ankaran, thus en passant creating the municipality. Mayor Popović and MPs which kept Ankaran a part of Koper went apeshit. In particular, Luka Juri of ruling Social Democrats (who, incidentally, is also a Koper city councilman) almost had a fit and started babbling about how the court abused its powers and how a constitutional amendment should be passed to circumvent the court’s decision.

Truth be told, the court did push an envelope a little. It’s decisions are usually limited to recognising possible unconstitutional provisions and/or to instruct the parliament on how the legislation should look like. Rarely did the court take it upon itself to pro-actively decree a new reality on the ground. But in this case the court was faced with a situation where a) it’s own instructions to the parliament on the issue at hand were blatantly ignored (separation of powers); b) the parliament ignored that Ankaran fulfilled any and all legal criteria for becoming a municipality (legality of decisions) and c) the parliament, when faced with exactly the same situation vis-a-vis Mirna municipality, voted to establish the latter without as much as blinking an eye (equality before the law). Bottom line, the Constitutional Court found that the Parliament acted unconstitutionally regarding the court’s own decisions and did the only thing possible to amend this: it acted pro-actively and created the municipality of Ankaran, with first local elections to be held there in 2014. Much to the delight of some and anger of others.

The question now is whether the court will have the same kind of cojones when it will be asked by the government to deny the referendum on the new Family Code, which will most certainly be called if the code survives the vote later today.