On Tuesday I posted some more or less random thoughts on Ljubljana Escalator which opened a day later. I also wrote that heads will roll if the thing doesn’t start making profit soon. Well now… Heads might roll, but not in the near future as the escalator is expected to return the investement in forty years!!!!!. For fuck’s sake! Even I will be either geriatric and heavily demented by then – but most likely already six feet under… Jesus… Seven million euros divided by 2,5 euros (the ticket fare) means that the poor thing will have to transport at least 2.8 million passangers (provided they all buy a return ticket) just to break even. And that’s not counting the operating costs, repairs and necesary overhauls. Sheesh!


So, if you want to see how the gala opening went, here’s the piece I did for the Firm™ (in Slovene)


The voiceover is a bit screwed up because of compression and the camera work is not all it could be, but still…


The legendary jazz musician (and City Councilor) Miha Jazbinšek performed at the soiree and here they are: Miha Jazbinšek and His Legends, doing Gershwin’s Summertime


This video wasn’t aired anywhere, so it’s kind of exclusive 😀 Note how he looks into the camera at the end of his solo 😉 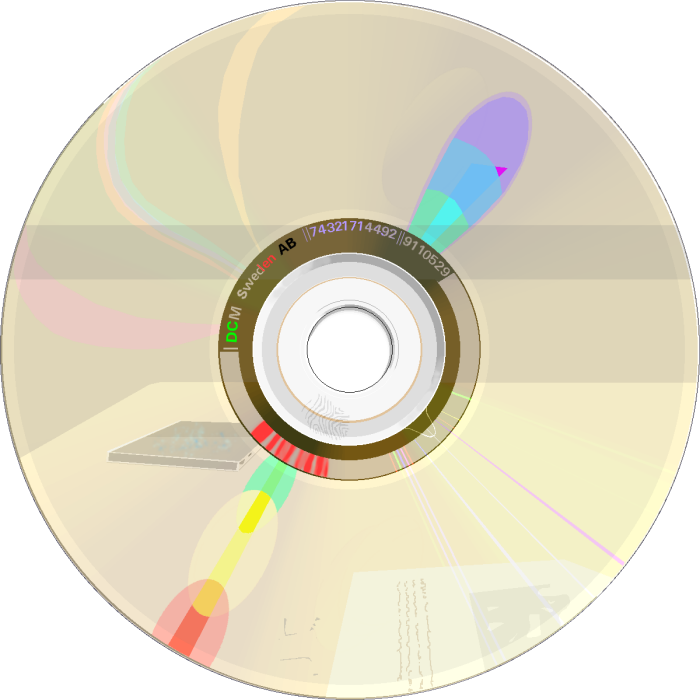 I don’t know happened… Perhaps it was Sunshine’s introspectiveness that got me thinking, or it could be a song I heard on RSI the other day… In any case I started thinking about women with whom I was in a relationship at one point or another (i.e.: considered them my girlfriends). Even funnier: I didn’t feel bitter about it. Just memories. The fact that in my head every one of them is connected to a specific song is only a testament to me being a rather sick person (especially due to the fact that I’m tone-deaf and have no rhythm). But here they are:

M #1 – was my first and since we were both young it lasted for an appropriately long period (it really did). But all good things must come to an end and this song was the definition of the end of that particular relationship


J #1 – ah yes… the love, the pain, the suffering, the waiting… To be honest, I’ve partly myself to blame, since I was too blind to get the message (“let’s just be friends” interpreted as “maybe there’s still hope” – silly me ;)), but this one made a lasting impression – as did this relationship


M #2 – it lasted for only a brief period, but I’d say I finally got a whiff of the “real life” – just like this song


T – This too lasted briefly, but it was liberating in a way. Both mentally and -yes- sexually. So it’s no wonder this one almost always brings back memories.


J #2 – Fiery and yet we weren’t on the same wavelenght. But I remember how she partied to this music.


L – Ah… From heaven to hell – and then back to reality. This relationship was a true roller-coaster ride. And then it was no more


I was never romantically involved with P. – although I could’ve been, had I been thinking straight at the time. Things might have gone better (or worse, who knows). Sometimes I can’t help but wonder, what if… And this song usually gets me thinking about those fateful couple of days.


And now for something completely different: To make up for this rather boring post I will give away one (1) prize for the first person which will (in the comments, obviously) give correct titles of the songs and names of performers. Where there is more than one performer of the particular song, you are required to give both (or all) of them. 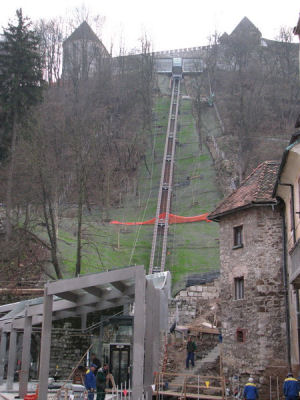 
The infamous Ljubljana Escalator will officially start operating tommorrow. The project started way back in 2001 when then Mayor Viktorija Potočnik during one of her fits of grandeur announced that Ljubljana will get an escalator to the Castle hill. The project costs were initially estimated at around SIT 600 million (€ 2,1 million). For various reasons (including the fact that she was ultimately responsible for the fiasco of SIB Bank and the fact that she promised a new football stadium and repeatedly failed to deliver) Vika Potočnik lost the elections of 2002 to Danica Simšič, who put the escalator project on the back burner.

As going got tough for Mayor Simšič she revived the project, hoping that it would be finished in time for the elections. Of course it wasn’t and the fact that the costs now soared to SIT 1,7 billion (€ 7 million) might have contributed to the fact that she lost the elections of 2006 to the incumbent mayor Zoran Janković.

Thus “Zoki” as he is popularly know will preside over tommorows official unveiling of the escalator, hopefully bringning to a more-or-less sucessfull end someone’s pet project. A couple of thought on the issue:

Ljubljana doesn’t really need an escalator to the Castle hill. While I agree that the capital city must have some sort of glamour, the escalator will hardly achieve that. Despite the fact that it is apparently high-tech (and has already broken down during a test run, trapping people inside) it is not a landmark and I cannot imagine scores of tourists barging down on Ljubljana just to take the 2,5 € ride to the top of the Castle hill. Especially not when Ljubljana sports a lovely (even somewhat mooshy) train service from the Triple Bridges (Tromostovje) to the Castle – that is to say from one landmark to another.

But now that we’ve got it, there is no use bitching about it. Sure, we could use a couple of more apartement buildings, but hey, they decided to spend the money… Ah, therein lies the rub… If this project fails (i.e.: doesn’t create profit), heads will roll. One of the most prominent heads on display (should an unfortunate chain of events occur) will most definitely be the head of Darko Brlek, general manager of Festival Ljubljana. This city-owned company won (or – some say – lost) the tender to manage both the Castle and the escalator. And should there not be enough fat German tourists to fill the city coffers, the manager of the Castle might face decapitation – in a political sence, at least.

Nothing like that is obviously going to happen to Mayor Janković, of course. Not only is he still in his bullet-proof stage, when little can hurt him, but he also made sure that people remember who is actually responsible for the project. Despite the fact that he maintans his anti-political facade, he acted in the shrewdest political manner, as he invited both former mayors to the grand opening, sacrificing a litlle limelight just to make sure people remembered who concocted the whole thing. Cunning little bastard…


Oh, and if you want to see how the thing looked like just before the opening, check out Jonas’ post.

Anything wrong with this picture?

Watching Robert Newman’s History of Oil (for the n-th time) the other day, I found myself chuckling to a part of his stand-up performance where he scorns the corporate media for their acquired naivete. He cannot get over the fact that media happily report on a “British and American plan to bring democracy to the Middle East” as if the plan were a fact and not just another attempt to control the oil fields in the region, which (by the way) the West has been doing for the last ninety years.

But he also notes that from time to time the corporate newsmedia basically fuck up and report the truth. He quotes the Times which apparently (I was unable to confirm that) ran an article in 2003 titled “West Sees Glittering Prizes Ahead in Giant Iraqi Oil Fileds“. Which basically sums up the reasons for US occupation of Iraq.


Now all this would be just an episode, it it weren’t for yesterday’s web edition of Delo newspaper, which ran this article. The title reads “Nato lani v Afganistanu ubil preveč civilistov” (NATO killed too many Afgan civilians last year).


Are NATO and Delo trying to tell me that there is an allowed number of civilians that you can kill?! And if you kill too many, you just call a press conference and say: “Look, we’re sorry, we screwed up. We had a mandate to kill 145 civilians, but the Yanks felt trigger-happy and we went above two hundred. I mean we tried to compensate by cutting down the numbers of allowed civilian kills for the Brits, Canadians and the Aussies, but it just didn’t add up…”


Furthermore: How stupid can you be to actually report something like that? This is almost as bad as “embedded reporting“. No wonder Delo is a shitty newspaper if its editors let slip-ups like this happen. Maybe the guys in NATO HQ are going “great, at least this Delo-thing published it the way we wanted it to be published“. Jamie Shea must be really proud…

When Google started it revolutionary Gmail service, it advertised it with the slogan “So you never have to delete another mail again”… Well, guess what’s happening…

I’m sure I’m not the first person to have something like this happen to him, but it’s still proof that no amount of inbox space will ever…EVER… be enough.