One of the perennial questions of Slovene election cycles as of late is WWJZD. What will Zoran Janković do. For some reason the mayor of Ljubljana is still considered a force to be reckoned with in national politics and his shadow seems to loom large over for many on the right wing (and some on the left as well), often-times plunging them in a psychosis-like mental state where they being seeing everything that is happening as interventions by the Deep State/Udbomafia/Uncles-in-the-shadows/Lizard people [in a Slavoj Žižek voice] and so on and so on…. And this latest bout paranioia was not helped by Janković’s press conference earlier today where he said he will be somehow getting involved in the national elections 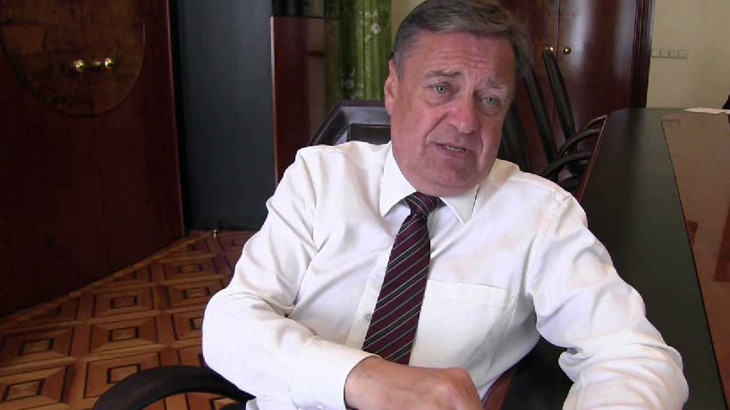 You’d be forgiven for forgetting, but the mayor of Ljubljana still moonlights as president of Positive Slovenia (PS), a party which by virtue of himself as a charismatic leader, some very clever PR and a fair dose of tactical voting, narrowly won the 2011 elections, relegating Janez Janša and his SDS to a runner-up position. In what was a textbook episode of political foolhardiness, Janković however failed to win the prime-ministership for himself, paving the way for Janša 2.0 government. From there on, things only went downhill for Positive Slovenia which has ceased to be a forced to be reckoned with just as fast as it became one.

Either of the two readers of this blog might remember the schism within Positive Slovenia. TL;DR: the party did manage to end Janša’s second (and last?) government during the Winter of Discontent but with Alenka Bratušek rather than Zoran Janković at the helm of the party. But then Janković felt he was unfairly sidelined and came to collect a year-and-a-half later, only to see his party split down the middle, hasten early elections and see PS voted out of the parliament (with renegades led by Alenka Bratušek barely making it above the 4% parliamentarian threshold) in 2014.

So, why is Janković such a boogie-man four years later? After all, the vultures were feasting on what little infrastructure the PS has had left for some time. Case in point the new non-descript darling party of Marjan Šarec (LMŠ) who aligned himself with Janković and joined PS during the party’s zenith but was quick to abandon it once it all went south, taking the PS ground network in the Kamnik area with him. He’s far from being the only one, but still. At this point in time Positive Slovenia is – on a national level at least – dead men walking. So, why would anyone care what Janković thinks?

The reason is at least three-fold.

First, for many on the political right-wing, Janković serves basically the same function as Janez Janša does for many on the political left-wing. He is the ultimate villain, the arch-enemy, the agent of all that is unholy. “Standing up to Janković” can easily earn a conservative candidate enough bona fides that he or she doesn’t have to do much else to win votes with their base (ditto for Janša and many left-wing candidates). Obviously, this creates a positive feedback loop whereupon the right wing obsesses over what Janković does or plans on doing, so it can better “stand up to him” to please the base which in turn focuses even more on what Janković does or plans doing [in a Slavoj Žižek voice] and so on and so on….

Secondly, regardless of his relative obscurity on the national level, Janković still is the undisputed political ruler of the larger Ljubljana area. After his ungraceful exit from the national stage, he managed to return to local politics and be re-elected mayor without much opposition. His grip on the majority in the city council was only just slightly dented in 2014 local elections when he was forced to forge a coalition with DeSUS and Social Democrats, basically giving each only peanuts. Therefore Janković, for all his faults and investigations he continues to be the target of, is still considered a force that can deliver votes in the two voting units that cover the city of Ljubljana and its surroundings. Which is why it should come as no surprise that PM Cerar was actively lobbying the Ljubljana mayor for his endorsement earlier this week, much to the dismay of anyone who still buys into the SMC’s morality narrative. After all, every time Janez Janša loses elections, he usually resorts to the Ljubljana-outvoted-Slovenia narrative.

And thirdly, there is the fact that Muddy Hollows is facing local elections later in the year and that Janković is looking to win a record-breaking fourth term in the City Hall. And even though Jay-Z is prone to dropping hints that he’s had enough every so often, there can be little doubt that he really wants another term. Not in the least because mid-way though that term he would break the all-time record for being the mayor with the longest tenure, overtaking the legendary mayor Ivan Hribar who clocked in fourteen years of mayorship between 1896 and 1910.

So while Zoran Janković claims he is getting involved in the parliamentary race to prevent Janez Janša winning the election, the calculation is slightly more shrewd. Given that he has an all-important race to win later in the year, he will not waste energy and resources for what will in all likelihood be a futile attempt at parliamentary representation. In fact, given how the field is crowded in the also-ran category, it is doubtful Positive Slovenia could even clich one percent of the vote, which it would need to secure further (albeit minimal) financing from the state budget.

But clearly the mayor of Ljubljana feels that he can repeat past performances where he anointed the ruling coalition (or so he felt, in 2008) or straight up won (2011). But his support (in whatever shape, way or form it may materialise in the end) will come at a price. And since Ljubljana seems to be prime hunting ground for SMC as well, Cerar meeting Janković suddenly makes all the sense in the world, in a you-scratch-my-back-I-scratch-yours kind of way.

However, rather than cementing a deal with Cerar, today’s press conference by Zoran Janković should mostly be viewed as a public tender of sorts. He advertised his ability to prevent Janez Janša from winning the parliamentary vote on 3 June. The question is whether political parties which will actually partake in the race feel they need his support and if yes, how much are they willing to bid, especially in terms of helping him secure and execute another term as the mayor of Ljubljana.