Muddy Hollows is three, nay, two weeks away from the presidential election and despite having already weathered through the first onslaught of the debates, the candidates seem to have barely moved from their starting positions. What has changed since the last time pengovsky posted on the issue, however, is the number of actual candidates. 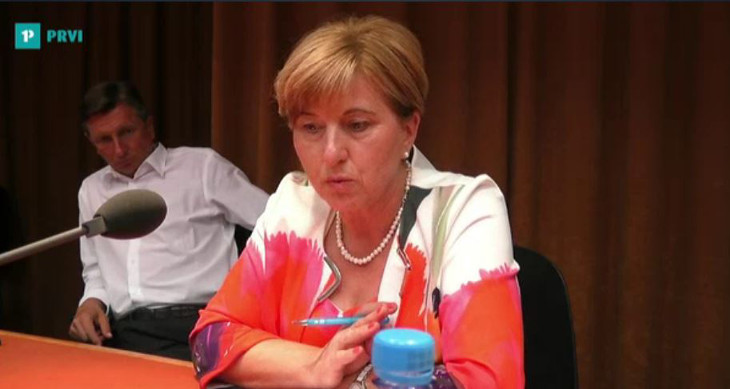 For all the colour the prospective candidates promised it turned out that all but two out of nine are straight up party nominees and that exactly zero out of nine are anti-establishment. That’s despite a number of them openly flirting with populism and regardless of the number of signatures they hauled in. Campaigns of true grass-roots would-be candidates such as Milan Jazbec (remember him?) and Andrej Rozman – Roza went nowhere fast while mayor of Koper Boris Popovič and alt-right candidate Andrej Šiško somehow managed to produce enough signatures that in combination with their respective parties’ support they got on the ballot.

Just how exactly Šiško came by three thousand signatures this late in the game is a bit of a mystery at this point. No one saw it coming nor did he go on the record anywhere stating his intention to run. The man resides at the outermost fringes of the nationalist herd, has no discernable political platform other that a) everything the establishment does is tantamount to high treason and b) the Croats are out to get us. His two claims to infamy are that he was once the leader of Viole, the die-hard supporters of FC Maribor (who in their hey-day would often clash with the police and other groups, most notably Green Dragons of Ljubljana) as well as the fact that he did prison time for attempted murder. And now, he’s a presidential candidate with a good-enough network to compile 3k signatures in a matter of days.

Or, maybe, a solid-enough financial backing to buy them. Namely, it turned out there’s no way to check (article in Slovene) if the forms and signatures presented by the candidate to the state electoral commission were indeed collected by his/her campaign or, perhaps, in part by another candidate who didn’t get nearly enough support and was looking to cash in (literally) on what little traction he/she did gain. Or, to speculate even further, by a successful candidate who had a couple of thousand signatures to spare.

Anyhow, we’re here now with nine candidates, five of them female. Which is a first in Slovenian politics. Alas, the campaign thus far seems to have been about as fun as a Type 2 diabetes. And that’s despite the fact that at least four candidates have enough mileage between them to do actually make good use of their screen time rather than just cost those of us watching a cumulative five hours of our lives we ain’t ever getting back.

As per usual, the only debate where the candidates were debating issues was the one held on public radio where the nature of the medium allows issues rather than appearances to take centre stage. But since there are nine candidates altogether, there was simply not enough space for proper exchanges to develop and for sparks to fly.

Sparks on the other hand flew a little during the debate on privately-owned Planet TV but as the station struggles with ratings one was sometimes unsure whether this was a crude attempt at a presidential debate or an even cruder self-promotion.

The other thing that set the Planet TV debate apart from the two others was the fact that there were only seven instead of nine candidates present. The outlet did not invite Suzana Lara Krause and Andrej Šiško, presumably due to their low ratings and – in case of Šiško – due to his background and political views. The debate on the national television, however, was downright dull, despite the anchors’ best efforts and diligent homework. It was as is everyone was afraid to make a wrong move. Even Angelca “The Dominatrix” Likovič of the Christian-fundamentalist GOD party (don’t ask) had to be prodded on her medieval views on abortion as if she felt people were really watching this time around. Which is kind of a weird sentiment for a reality TV star, but there you go.

As a result, the needle has barely moved in the public opinion polls. In fact, two latest polls by Večer and Dnevnik dailies peg incumbent president Pahor to be within the realm of a first-round victory. Which basically goes along the lines of earlier analyses of the race. But…

…there’s always a but. While comfortably leading the race by double digits, Pahor needs fifty-percent-plus-one vote of all valid votes cast. And he’s not there yet. Should his main challenger Marjan Šarec (or any other challenger for that matter) force a second round, all bets would be off and Pahor could well go down the path of many an establishment politicians (see Clinton, Hillary Rodham and Cameron, David).

Which is probably why Šarec, who by all accounts runs a dull campaign and tends to look on TV like he just shat a Lego factory (as opposed to Pahor who looks as if he was held hostage in a sun-tan studio) is a victim of an awful smear campaign. He is being targeted by people orbiting Pahor for the fact that he was adopted as a baby (cue Birthers of Muddy Hollows: “is he even Slovenian!?”) and accused of being a fan of Adolf Hitler (he once gave Ian Kershaw’s excellent biography of the Nazi führer as a present to someone). Come to think of it, combining nationalism and hatred of Nazis sounds a bit like Šiško. But hey, that’s just me.

And while the goal of this is clear (to cut down Šarec just enough to secure victory in the first round), the risks are even clearer. Namely, whoever OK’d this approach risks turning Šarec into a victim and as such much more appealing to voters, much to the detriment of Borut Pahor who – one assumes – wished to turn voters away from Šarec. You see, Slovenian voters have this weird habit of voting in the guy they feel sorry for. And if the smear campaign against Šarec continues, he just might see his numbers go up instead of down.

While the campaign has been boring af until now, one interesting detail has emerged: President Pahor only has about a thousand euros worth of savings in the bank. While doing their customary net worth of the candidates exercise (a Slovenian cultural equivalent of candidates releasing tax returns), Finance daily stumbled upon the fact that President Pahor only has about EUR 1300 worth of savings and a 3000 euros life insurance policy. And since the Pahor as president makes in the neighbourhood of EUR 6000 per month (before taxes and contributions, EUR 3.3k after) and has held top-tier political posts for the better part of the last two decades, one begs the question: where has all the money gone? Of course, the Prez is free to spend his money as he sees fit and maybe he blew it all on growing avocado, but still. It doesn’t ooze financial prudence. But then again, this is the same man who at the onset of financial crisis famously said that although he earns a lot he, too, has trouble making ends meet and offered that as a way to connect to the ordinary citizens (in this case students) feeling the brunt of the onslaught.

At any rate, were still two weeks minimum away from the end of this ordeal. Five, if there’s a second round. And inevitably, this will start looking more and more like the Shawshank Redemption. Only that – in the immortal words of Malcolm Tucker – there will be more tunnelling through shit and no fucking redemption.