As the voting in the US presidential elections is coming to an end so is – one hopes – one of the ugliest campaigns in recent memory. OK, it’s true that the past eighteen months have brought us a couple of valuable lessons. Pengovsky wrote on those recently for domestic consumption but suffice it to say it boils down to infosec for seniors and learning the difference between a cunt and a pussy. But on the whole there’s this uneasy feeling that this could turn ugly yet. 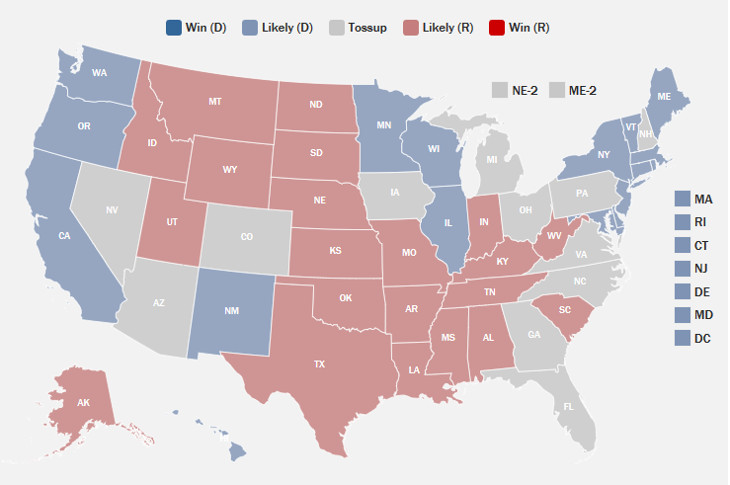 On the whole, the arsenal deployed in US elections is by far more diverse than anything we’re used to this side of the pond, let alone this sorry excuse for a country. Take this legal challenge of The Donald‘s campaign in Nevada where voting was extended on account of long lines. Sure, the judge threw out the suit post-haste, but that wasn’t really the goal. What the campaign aimed to do is to force his opponent’s campaign into making a stupid move of their own and possibly profiting on it one way or another. Of course the Clinton campaign is much too good a machine to fall for that, but the general rules of political engagement state that the enemy must be buzzed at all times. So, nothing wrong with that.

What is wrong with this Trump move however is the same thing that was wrong with his entire campaign from the very beginning: that it employs barely disguised dog-whistle politics, overt racism and wants to win by complaining about the rules rather than finding a way to use the rules to his advantage. In doing this he probably changed US politics forever but not for better.

Arguably, this entire approach was not invented by The Donald. In fact, it was argued time and again during this election cycle that this is more or less the same bag of tricks that the Republican party was using for the past twenty-five years. Which is more or less true. Ever since Path Buchanan launched the phrase “Culture War” during his 1992 GOP convention speech, the narrative of the party has, step by step, moved into that very direction. Trump was only more ruthless and uncompromising in the approach, that is all. He has, in effect, released the political Frankenstein monster the GOP was creating all through the years. The realisation was as much shocking as it was late for some people.

And now the cat is out of the bag and the US political landscape is poised to go the way of its Slovenian counterpart. In fact, one could argue that the Republican tactics were tested with great efficiency in Slovenia years before Trump deployed them in the US. Just try this on for size:

Using racism and bigotry as rallying cries? Check.
Employing sexism as a political tool? Check.
Bullying the media? Check, check and check.
Attacking the judicary? Check.
Claiming elections were rigged? Check.
And so on ad nauseam.

Point is that we know where this all leads to and it ain’t a happy place. For what is worth, the US still has a functioning democracy (despite a gridlocked Congress and all) with a finely tuned set of checks and balances. Pengovsky is sure it doesn’t look like that at the moment, but you’d sure miss all of it if it came apart on account of a egomaniacal clown claiming he was robbed of a victory he deserved. And the closer the result the greater the chances of Fuckface von Clownstick actually pulling a stunt like that.

Which is why, as results trickle in tonight, and despite all the misgivings one might have about another President Clinton, the old Election Manager’s prayer seems strangely appropriate:

Dear Lord, please let it be a landslide.

2 thoughts on “Dear Lord, Please Let It Be A Landslide”