Government of Alenka Bratušek and Bank of Slovenia will finally release the long-anticipated results of banking stress-tests later today. Performed by Oliver Wyman consulting company and overseen by a “Steering Committee” comprised of people of Bank of Slovenia, Ministry of Finance, European Commission, European Central Bank and European Banking Authority, they are meant to show the depth and breadth of bad assets in Slovenian banking system. 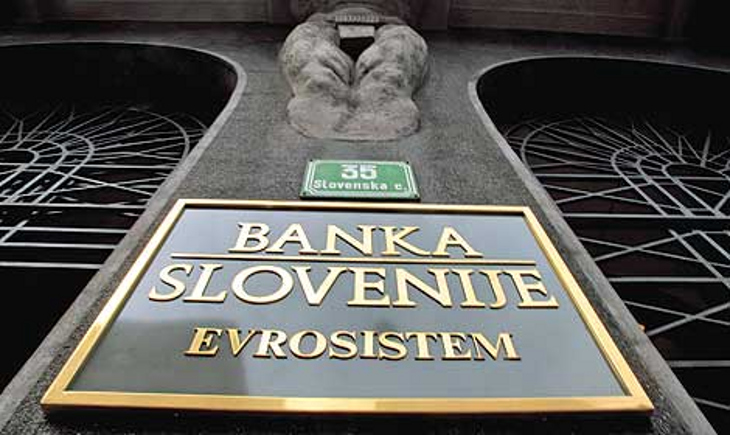 In the past few years, as it was becoming obvious that Slovenian banks are riddled with holes in their assets and even cooking their books didn’t help, different and often wild numbers were floated around as to how gaping a hole actually exists. These numbers went from an overly optimistic “just” 1.2 billion euro to massively exaggerated 10 billion. And anywhere in between. A lot of these numbers had a political motivation, with 10 billion being pushed by the opposition, mostly Janez Janša’s SDS (the argument being that ten billion we can’t cope with, hence the Troika should descend, hence new elections, hence their return to power) while the 1.2 number was usually given by the government, trying to show they’re on top of things and telling everyone to calm the fuck down.

As some point the newly minted Governor of Bank of Slovenia Boštjan Jazbec floated an estimate “in the neighbourhood of four billion” and given what is heard through the grapevine in the last few days, his seems to have been the best estimate. Namely, “unnamed officials” from the European Commission apparently said they expect Slovenia to be able to handle a banking recapitalisation of around 4.7 billion euro. Which is about as much money as Slovenia currently has “in reserve”, be it as an earmarked amount in the budget, in various savings accounts in the top three banks or as debt raised in the last round.

If this number turns out to be true, this will be a major coup for Prime Minister Alenka Bratušek, who took over at the helm of the country amid the hysteria of the Troika being just around the corner and with the government of her predecessor seemingly doing everything to apply for the bailout rather than avoid it, be it out of malice or incompetence. Indeed, now that the threat of the Troika was staved off (at least temporarily), even former finance minister Janez Šušteršič had to concede (albeit with teeth gritting) Bratušek and Čufer were successful in this enterprise

But before we start sucking each others dicks, a few things should be noted. No matter how you turn it around, there still is a gaping 5 billion hole in Slovenian banking system. That’s 5,000,000,000 euros. More than fifty percent of the 2014 budget. Plugging that will be no small feat, regardless of the fact we’ve got the monies to do that. The public debt will be bloated further and the clean-up operation will move further down the ladder less mercy will be shown.

Namely, it has been said virtually all of these bad loans were granted to but a few hundred Slovenian companies, with as little as ten-or-so of them being responsible for over 60% of that amount. This is the environment in which these toxic assets will be transferred to the Bank Assets Management Company a.k.a. the “bad bank”. If pengovsky’s information is correct, the transfer will be made at the rate of thirty cents per dollar, meaning that as much as 70% of bad debt will be written off, i.e. covered by the taxpayers. And with the political elite not exactly having excess of clout, be it with each other or the electorate, the clean up will have to be not only financial but also judicial and political.

There are only a few moments in life when quoting Winston Churchill does not feel either horribly out of place or horrendously arrogant. This is one of those moments: What we are seeing today is not the end. It is not the beginning of the end. But it is, one hopes, the end of a beginning.

Bank of Slovenia Governor Jazbec said recapitalisation of the three banks will commence as soon as possible, pending approval of the European Commission and that may take until April. While for the rest the Bank of Slovenia expect the owners of the banks to come up with 1.764 billion until the end of June 2014.

And that is basically it. If you need more info, check out Bank of Slovenia website