The anti-corruption commission today released the final report on financial status of leaders of parliamentary parties (Slovenian only). It found no irregularities on the part of Borut Pahor (leader of SD until April 2012, now president of the republic), Karl Erjavec (DeSUS), Radovan Žerjav (SLS), Gregor Virant (DL) and Ljudmila Novak (NSi). However, the report states that Prime Minister and leader of SDS, the largest coalition party Janez Janša and Ljubljana mayor and leader of PS, the largest opposition party Zoran Janković failed to report substantial parts of their respective income. Additionally, the commission states that Jay-Z was on the receiving end of some 208.000 euro in transactions which originated with companies which do business with the city of Ljubljana, while JJ simply cannot the origin of some 210.000 euro of assets. Translation: shit hit the fan. 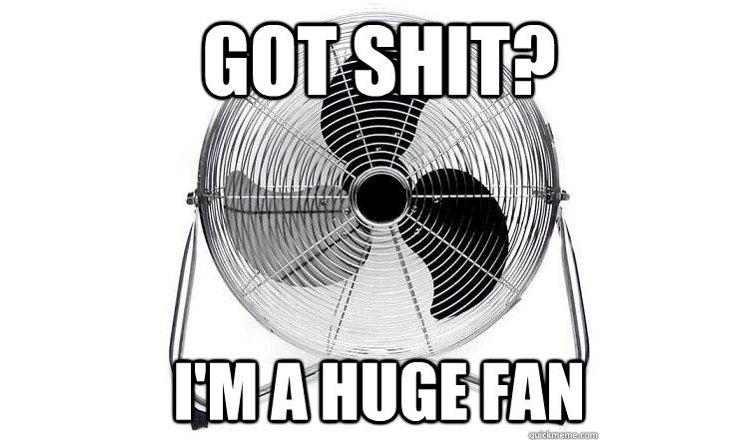 The list of transgressions for both top policitos is long and distinguished. But to cut a long story short: according to the commission Janković failed to report several substantial shares and bank transactions and was repaid by various companies some 2.4 million euro of loans given. This includes the aforementioned 208k EUR where the commission states a huge potential for conflict of interest, undue lobbying and corruption existed. Janša, however, failed to report various real estate deals and loans taken, under-reporting the value of a luxury car, providing a collateral for a 500k EUR loan his SDS took out as well as providing collateral for a loan taken by family member (presumably his wife) and reporting a cash deposit in amount of 33k euro. Also, he is reported to have unduly profited some 100k EUR in a real estate deal. In addition, the report stated, Janša failed tot explain the origin of the aforementioned 210k of assets, used to finance various deals and expenses.

On a sidenote: it is interesting that despite the fact Janković lately got a lot of flak over alleged shady real-estate deals, the commission nailed him for what mostly seem to be purely financial transgressions while they threw the book at Janša on various real-estate deals (and one luxury car), despite the fact that he was rumoured to have had a hand in cash transactions in various arms deals and is standing trial on corruption charges in the Patria Affair. Ironic, to say the least. But more to the point: Both Janša and Janković denied any wrongdoing. Zoki is expected to hold a press conference tomorrow, while JJ went on national telly this evening and got the royal treatment, with the anchor kid-gloving him and letting him do the talking while she only occasionally interjected with a how-do-you-explain-this type of questions and, predictably, no follow-ups.

While it is no particular secret that the anchor in question is cosy with Janša it was still a shameless performance. Asked if he will resign, Janša played the ultimate gambit and said that…. wait for it… he doesn’t know. He then proceeded to add that he will offer his resignation to the executive council of the party and should they vote to accept his resignation as party leader he will step down as PM as well. This particular line of action is of course meant to rally the troops and close the ranks, not unlike what Janković did after the high-profile police raid in late September 2012. Also, Janša pulled the same trick on election Sunday in 2011 when he got his ass whooped by Janković, so this manoeuvre comes as no surprise and pengovsky is not holding his breath. Regardless, the TV anchor tonight said that JJ’s resignation would be “the start of a political crisis”. Just to make sure everyone knew what is at stake.

Not that anyone needed remembering. The SDS media machinery immediately went into full swing, with various talking heads decimating the anti-corruption commission as unconstitutional, biased and politically motivated. The junior coalition partners were none too happy with the story (alternatively: they were jumping with joy over the badlands JJ found himself in) and when Gregor Virant of DL called on both Janša and Janković to resign toute-de-suite, he immediately became a target himself. Sure enough, it was funny to watch Virant going all pious on Janša and Janković after his fiasco over getting ex-MP payment and earning a little extra on the side. But pengovsky is sure he relished the moment. Also, Janša himself unscrupulously went after the vice-president of the anti-corruption commission Rok Praprotnik, claiming that the latter is on a personal vendetta against him (Praprotnik reported widely on arms deals in Slovenia while he was a journalist at Dnevnik daily). Even Goran Klemenčič, the head of the commission was not off-limits, despite the fact that Klemenčič’s wife, Nina Zidar Klemenčič represents Janša in a number of lawsuits.

Also, Janša – in his trademark poor-me fashion – complained that he was not given a draft of the report so he could respond properly. Interestingly enough, the report states that during the course of the investigation, the commission found out that a request to a state-owned company for data on Janša’s dealings was leaked to him. An independent investigation into that incident was apparently launched.

As for the illustrious Ljubljana mayor: in a preliminary statement Janković pointed out that origins of his assets can be and were accounted for (which is true, according to the commission’s report) and that at no time was the City of Ljubljana defrauded (this also appears to be true, since all loans given to Janković-related companies by firms dealing with the city were reportedly repaid in full). However, Janković goes on to add that the commission did not actually find corruption, but rather found the possibility for corruption activities. This, in all honesty, is splitting the hair mighty fine. Often, appearances can be just as damaging as (non)actions. And while no-one really expect Janković to resign (he said as much this evening, reportedly), it should be noted that for some time now he was dropping hints on “a new mayor and a new team”. True, these were often off-hand remarks and no too much should be read into them, but there you go.

Oh, and in case you were wondering: the newly minted President of the Republic Borut Pahor “expressed concern over the issue”. Neat. Must be kind of weird feeling, since a month ago, while still running for president, he proudly said that “the support of Janez Janša means a lot to him”. Well, politics makes for strange bedfellows, I guess. At least this particular president doesn’t seem prone to bothering Janša with calls for resignation.

Well, at the very least, this will probably breathe some fresh air into the protest movement. The next big rally is to be held on Friday.

EDIT: I almost forgot. In a most telling sentence, the commission writes that “it does not have the authority to demand resignations of Janša or Janković”. Translation: if they did, they would have. Also, Janša’s first response was (as is usual lately) on Twitter, where he wrote that his assets correspond to his work (labour) of 30 years. A slight Freudian slip there, Jimbo. The money did’t just fall out of the sky, that’s for sure. The question is just what exactly did Janša do to get it.

P.S.: On a related note, a funny fuck-up occurred over the alleged reaction of the SDS on this report. Grega Stritar (@gstritar) has more on this. Read it up and follow him.