A guest post by Primož Cencelj of KD Funds in today’s web edition of the Financial Times (link kindly provided by @AdriaanN) provided an itch pengovsky needs to scratch. 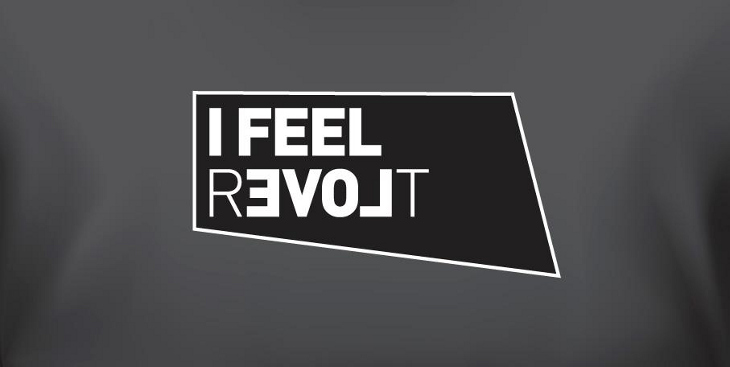 The new national logo (via FB)

Now, for the record: I wholly understand the FT serves a specific (if wide-ranging) public and I’ve no problem with Slovenians providing insight into Slovenian matters for foreign public. After all, this is exactly what pengovsky.com is about. That and tits. But I digress…

The problem with the said blogpost is that yet again an economist is trying to pass as a political analyst. Specifically, Cencelj argues that “while the low turnout indicates a majority of Slovenes feel disenchanted with politics, those who voted [in the presidential elections on 2 December] expressed a willingness to cooperate, to support austerity measures and to break the political deadlock – in effect echoing the cries of the protesters. So, in practice, the 66 per cent landslide for Borut Pahor has boosted support for a long-overdue programme to curb public spending. As a result, on December 4, parliament voted for pension reform and on December 6 for stringent state budgets in 2013 and 2014.” (full article here)

Now, if this were a government spokesperson, one could say that this was a thinly-velied attempt at a media spin (blaming both left- and right-wing radicals for the riots included) But since Cencelj is working for a private investment firm, one can only quote Val Kilmer in Top Gun. I mean, ferfucksake, there is no way in hell you can interpret a 60-percent absence in Slovenian presidential elections as any sort of support for anything. As pengovsky wrote days ago, the wave of protests and the low turnout are an across-the-board rejection of politics as we know it.

Pension reform, which was passed days ago, has absolutely nothing with the protest wave. In fact, the adopted pension reform, although unquestionably a good thing given the current demographics, is such a watered down version of what the previous government pushed for, that a new reform is inevitable in three to five years. Which is OK, but will do precious little for a lowered credit risk. Even more, the fact that the trade (labour) unions finally came to an agreement with the government shows the former still operate well within the framework of “politics as usual”. As such they are part of the problem, not part of the solution.

Case in point: days ago Branimir Štrukelj, one of the more prominent union leaders showed up at one of the rallies in Ljubljana. Seeing that he was fast becoming the centre of media attention, other protesters started chanting “no one represents us”. Which is a fact. The pension reform does not address the issue of the precariat. It only addresses the needs and issues of full-time workers. Which is all fine and dandy, but the point is that in a year and a half since trade unions and the now-ruling SDS shot down the previous government’s attempt at pension reform, so much has changed that the existing corporatism model of “social dialogue” between the unions, the government and the employers is of limited legitimacy at best. It should be noted that Štrukelj and his teachers’ union supported the previous pension reform attempt and that Pahor’s goverment for all intents and purposes could have been slightly more flexible in negotiations back then. But the point is that eighteen months later Slovenian economic future is no longer solely in the hands of the usual players. The new guys (the amorphic protest movement) don’t give a pair of fetid dingo’s kidneys about rating agencies, credit risk rating and equity premium risk.

Also, Cencelj writes that “the living standard will get worse before it gets better”. Which is the usual mantra in the age of austerity. And it may even be partly true. Partly, because in the five years since the crisis struck, the living standard only got worse. And it shows no signs of improving. History shows that things will eventually get better. But at what cost? One of the common messages of the protest movement, apart from “we’ve come to take back the country you stole”, is that the people are not the cause of the crisis, therefore are no longer willing to pay for it. And this is the (economic) gist of it. The bill for the economic slump is being shoved down people’s throats. And those who took to the streets are saying they will not foot it.

Some say those who protest really have no reason to, because they are not having it all that bad. Well, they’re not having it bad yet. According to the Slovenian Statistics Office as much as 13.6 percent of the population are officially poor while additional 5.7 percent are subjected to social exclusion (data for 2011). Altogether as much as 19.3 percent of Slovenes are not living the life considered average in Slovenian society.

Interestingly enough, the country with the highest rate of poverty is Latvia, which is being put forward as the model for solving the crisis. Really? This is the good that bodes for Slovenia? You see, when the really poor come out to protest, the credit risk will be the last thing on anyone’s mind. A lot of people will hold on for dear life if/when the boat starts rocking in that particular manner.

Bob forbid it should come to that. But if the proponents of “business as usual” continue to refuse accepting the new reality where the usual measures of things simply don’t count any-more (or, if they’re extremely lucky, don’t count as much any-more), everyone will find themselves yearning for the good old days of solid “industrial action”. And that includes labour unions.

2 thoughts on “Do Things Really Bode Well For Slovenia?”