Speculation was rife in Slovenia today that PM Janez Janša will tie a confidence vote to tomorrow’s vote on initiating procedures to enshrine the fiscal rule in the constitution. In less than twenty-four hours the country found itself in the middle of a political cliffhanger, since the government does not have the necessary two-thirds majority to change the constitution. It was obvious from the outset, however, that the whole thing was nothing more than an elaborate bluff, it’s primary goal not being mustering the votes necessary but rather a disciplinary measure, smoking out this government’s “internal opposition” and bringing them back in line for much more crucial votes which this government faces down the road. 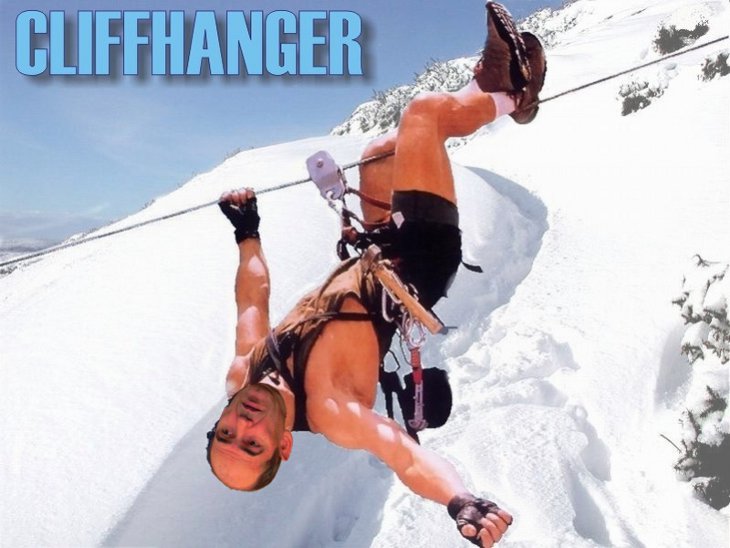 Namely, the government of Janez Janša enjoys a stable majority in the parliament. The coalition has 52 votes (53 if you count the overly-indulging former PM Borut Pahor) and can pass legislation virtually at will. In fact, this is exactly what it is doing, as the parliament only this week passed 20-or-so laws, most of them under emergency procedure. Not that there was any real emergency, but the government asked for multiple quickies and the MPs who support it complied no-questions-asked. Such is the discipline within the coalition and there really is no need for Janša to test whether or not he has the support of the parliament.

That Janša was entertaining the thought regardless shows only that he is willing to (ab)use legal instruments to further his own grip on power. Tying the vote of confidence to a 2/3 majority would create a legal and political clusterfuck of epic proportions because it would mean the fall of a majority government without a viable alternative coalition to replace it. Which would probably suit Janša just fine as he thrives in an uncertain environment and would most likely end up on top again, even stronger. Truth be told, he most likely already got what he wanted and thus screwed the entire Slovenian politics dry.

Namely, earlier this evening an 11th hour compromise was reached, putting the vote on fiscal rule off until September, which places the debate conveniently close to presidential elections. And let us not forget this is not the first time he pulled a stunt like that. Back then he did it a week after Danilo Türk was elected president, this time around he tricked others (namely, president of the parliament Gregor Virant) into placing a debate a few weeks before the elections, possibly hijacking the debate entirely.

As an added bonus, he also forced the hands of Karl Erjavec (DeSUS) who was immediately ready to jump ship saying that he’s willing to be a part of any coalition and of Radovan Žerjav (SLS), who openly toyed with the idea of yet another early elections, excluding up front the possibility of someone else heading the government under the same coalition. Both Žerjav and Erjavec will pay dearly for their political amateurism. Additionally, Igor Lukšič of Social democrats made a bit of a blunder, saying that “if the going really gets tough”, the SD will support the fiscal rule. Well, the going got tough long ago and Janša now has Lukšič by the you-know-whats as well and the newly minted SD leader will have to spend a lot of energy to get out of this particular fix.

Right now, fiscal rule is the least of Slovenia’s problems. While not peachy, national finances are a far cry from that of Greece, Spain or Portugal (public debt in Slovenia right now is about 47% of GDP). This country has other problems: banking sector is cause for immediate concern with pension, labour market and health reforms coming in close second, as detailed here by Edward Hugh of Economonitor

That after six months in office Janša tackled none of the above (even the banks are on hold until Autumn) only further strengthens the point that the whole point of today’s exercise was purely political with the ultimate goal of not relinquishing power, but tightening the already firm grip on it. After all, why would someone who six months ago went to great pains to clinch the PM spot, suddenly just give it up. Especially since he has this huge millstone hanging around his neck…