Slovenian public sector workers are about to go on strike on 18 April, protesting the planned austerity measures by the government of Janez Janša. The gist of it is the fact that the government is looking for ways to cut some EUR 800 million from the budget, mostly by cutting the number of public sector employees as well as their wages. This will be the first general strike in Slovenia since the onset of the crisis and as such represents a turning point in the dynamics of the whole thing. As is usual in the continuous news cycle, the whole issue boiled down to a single question: who will pay for the strike. But the bigger picture reveals a much more dramatic setting. What we are witnessing these days in Slovenia is not just a reshuffle of public finances, but a Thatcherite head-on with the labour organisations and attempted deconstruction of the welfare state as we know it. Allow me to elucidate with references to specifics… 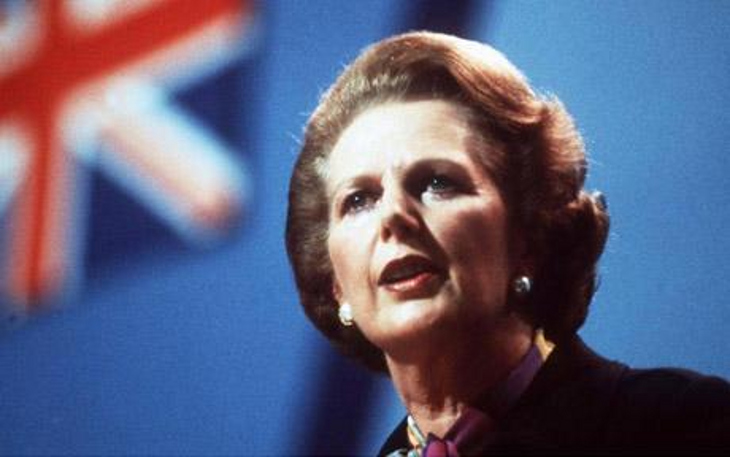 First, the unions. Truth be told, they are about as much to blame for the situation we find ourselves in as anyone else. Exactly a year ago, when Slovenia had a bit more wiggle room, the unions helped shoot down reform attempts of the previous government. When that failed, the government of Borut Pahor wanted at least to save some 300 million (save, mind you, not cut) by freezing public sector wages (freeze, mind you, not cut). With that they hoped to placate foreign lenders and keep the cost of borrowing on a sustainable level, thus keeping public finances in some sort of an order. The unions went apeshit and made what pengovsky called “an unholy alliance” with some special-interest organisations and the right wing opposition led by Janez Janša (who is of course now in power), thwarting any and all reform attempts, no matter how feeble, soft or justified they may have been.

You get what you give

As a direct result, those same unions today have to face their former allies-of-opportunity are looking to not only freeze but decrease their wages, lay people off and make across the board cuts. So in a sense it should serve the unions right. Much of their immediate problems are of their own doing and if they’re not too busy putting their foot where their mouth is, they may want to think about that.

By that same token, it should also serve the government of Janez Janša right to have to deal with those pesky labour unions. Janša was busy ridiculing, undermining and thwarting Pahor’s government in every way, shape or form for three years running, often executing text-book Republican manoeuvres, case in point being decrying high gasoline prices (just look at what Speaker John Boehner is tweeting about these days). He could have taken over a country where at least initial reforms would have been passed and Janša would just cross the t’s and dot the i’s and that would be it. But no. Having gone in cahoots with the unions, Janša had this whole pile of financial and economic shit (to which he contributed greatly in his 2004-2008 term) waiting for him to clear up.

To be completely fair: after the initial outcry, the government did draft other measures, aimed at raising additional tax and non-tax revenues. This happened after Positive Slovenia of Zoran Janković made headway in championing raising the VAT by a couple of percentage points. Finance minister Janez Šušteršič half-rejected the measure saying it is a weapon of last resort, but a list of measures was published earlier today by the SDS which includes a tax on financial transactions, additional levels of personal income tax, a tax on luxury automobiles and real estate, property tax, et cetera.

The only problem is that in about half of these measures are worded as “the government will look into the possibility of…”. Interestingly enough, this extremely vague wording applies mostly to those measures which are most sought by the unions. I’m not holding my breath.

So in a sense, Janša and the unions deserve each other. But hey, maybe that was the plan. You see, if basic reforms were already passed, then Janša would be stuck with a) a general path to take and b) probably bitter but already broadly outlined social dialogue with the unions (we’ll leave the businesses out of the equation as they supported both Pahor’s as well as Janša’s platforms). But having to have to start from Square One, Janša can set pace, breadth and direction of the reforms, picking his fights as he goes along. Which is why all of a sudden the pension reform is on the back burner and the public sector finds itself vilified, described as the source of most of not all problems and urged to “share the burden of the crisis”.

While the public sector does indeed have its share of problems, especially in terms of bloatedness and ineffectiveness, it is by no means the parasite being portrayed by some of the more government faithful. Public sector means health and education professionals, cops, judges, civil servants, public hygiene services, vets, even journos for the state radio and television. These people provide critical support systems of any modern society and – contrary to a widely held belief – they are not being paid ludicrous amounts of money. Yes, the average wage in public sector is about 25% higher than in the private sector (links in Slovenian), but average net personal income in Slovene public sector still is only around EUR 940 which isn’t exactly something to write home about. Point being that public sector employees have it just about as hard as everyone else.

But as things stand now, they are being portrayed as the prime obstacle on the road to the recovery, are being subject to cuts in employees as well as cuts in wages. A triple whammy which, when put together, amounts to nothing short of a deconstruction of several key public subsystems, first in line being the education and child care.

A provision of the “second child in kindergarten is free” is being withdrawn, which will put additional financial strain on young families who are struggling to make ends meet as it is. It will also do wonders for birth rate (note the cynicism). Ironically, this was implemented by the first Janša administration, so in fact Janša giveth, Janša taketh away. Furthermore, the standards for number of children per classroom are to be lowered (more kids per class) which will reportedly make about 1500 teachers, well, redundant. And remember that those, who will remain are to be paid less. Not the best of prospects for a quality education system, no?

So, what’s going on? Aren’t higher birth rate and better education the keys to long-term recovery (the whole thing is expected to last at least a decade anyhow). You know: more kids, more young people to support the pensioners, more highly skilled work-force, more value added, more GDP… stuff like that… Well, remember that these are public services. Everyone’s got more or less equal access to them. What if someone wants to dismantle the education system to the point of screwing it up completely and then all of a sudden and seemingly out of the blue privately owned schools start popping up, enforcing standards previously held by public schools but charging a substantial amount of money for it? What if the same thing is to be applied to the kindergarten level as well?

In fact, if this whole thing is not just a series of gravely unfortunate events, this is exactly what’s going on. Higher education has already been screwed up in a similar manner. Ditto for dental medicine and the same is bound to happen to the rest of health services and other public subsystems. Good stuff for the rich-get-richer, low-standard-low-paid shit for the rest of the sorry lot. Which will increase in numbers as the crisis is wiping out the middle class as it is, while the cuts will only aid the process.

This, ladies and gentlemen, is not just about austerity. It is about Thatcherite state capture. Yes, I know this is counter-intuitive since the classic neoliberal Hayek/Milton discourse preaches less state. But that does not really preclude state capture. Because the leaner (smaller) the state, the harder it can fight off special interest raids on its assets. When politics applies this theory to any given society, it does so predominantly to increase its own power base and shift the paradigm towards the concept of the trickle-down economy.

You see, when Maggie T. went head-to-head with the unions and won, the result were indeed all sorts of liberalisations. Even the disastrous ones (like the British railway system). Sure, The City expanded and the financial sector entered its Golden Age. And look what happened. A three-decades long party, where the state got ever more leaner and the fat cats got ever fatter. All the way to the tipping point.

And just to add some local colour: recently, as a money-saving measure, the government decreed that no part-time contracts and contracts for copyrighted works are to be signed or extended unless the government OKs it. Again, a sensible thing on the outside. But the effect was that a number of people who work for state TV and radio (journos, techies, moderators, authors) as well as artists who work for state- and local-level cultural institutions could not have their contracts renewed which effectively put an immediate stop to whatever projects, programmes and shows they were involved with. Thus a number of radio and television shows were cancelled or are at least severely impeded, some of them openly critical of this government. Now, I’m not saying this was a muzzling measure, but given how effective it was, someone could put two and two together. As pengovsky showed a week ago, you don’t need to cancel stuff. You just need to cut the financing.

And so the unions are not just fighting the labour fight. They are in fact fighting to survive. Because employees struggling to make ends meet are less likely to care about anything else… Until the levee breaks…

P.S.: procedures to enshrine the fiscal rule into the constitution have been formally initiated yesterday. Welcome to the lost decade indeed…