Pengovsky always finds it bafflingly puzzling when structural problems of a country/society are being tackled with – or, rather, appear to be tackled with – normative changes. In the old country this was usually called “administrative reform packages”, championed by the legendarily disastrous president of the federal government Branko Mikulić and was nothing more (and nothing less) than a government-wide beating around the bush and doing everything possible to avoid addressing the problems which needed to be addressed and which would inevitably question the basics of the established social and political order. 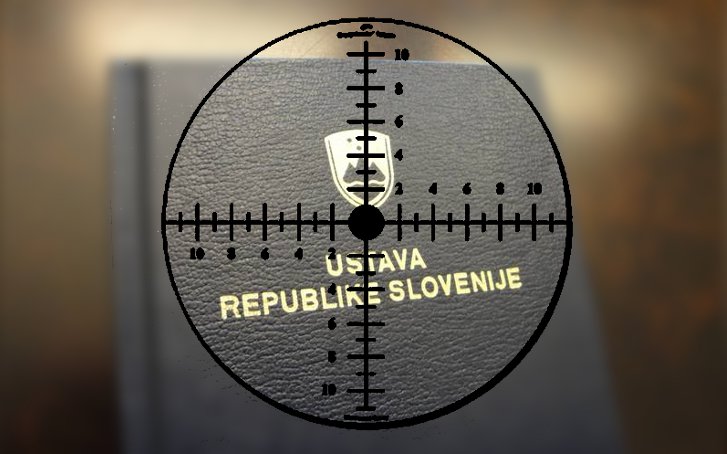 Constitution in their sights

Back in the 80s this ended in the complete and utter dissolution of socialism and single-party rule with all the goodies in terms of personal and other freedoms that came with it. Today, however, we find ourselves in a similar – albeit not as drastic – situation, where the powers that be are doing everything not to address the elephant in the room, but rather fool around with changes to constitution and basic political procedures as if that’ll help. Sure it will. Just take a look at Hungary.

SDS, NSi and DLGV today each came up with far-reaching drafts of constitutional changes which – when put together – are nothing short of a dismantling of a system of checks and balances with the ultimate goal of hoarding power with the executive branch, limiting legislative and judicial oversight way below any democratically acceptable level. Some of these constitutional amendments are party-specific, others can be found in all proposals, but the very fact that they were presented on the same day suggest at least some level of coordination between them.

SDS of Janez Janša came up with draft constitutional changes which would overhaul the procedure for electing the government. The senior coalition party aims to make it a one-step process whereupon the PM-designate would appoint ministerial candidates after his or her nomination with the ability to sack up to a third of ministers (anything beyond that and a confidence vote is required). Additionally – and this is the second proposed constitutional amendment – the government should be confirmed by a public vote rather than a secret ballot. The list goes on and includes implementation of a long trial period for all judges, constitutionally enshrined fiscal rule and other changes, some of them being nothing more than sweeteners for the general public, like prevention of media monopolies or the right to internet access.

Also, Christian-democratic Nova Slovenija (NSi) submitted their seven-point plan for constitutional amendments, in some ways echoing and in others expanding on SDS’ proposal in the most peculiar of ways. The party of Ljudmila Novak would thus overhaul presidential elections, enact the so-called Golden rule, abolish the National Council, constitutionally protect families with many children, enact a trial period for judges and raise the bar on calling the referendum.

Not to be outdone, Gregor Virant‘s Citizen List (DLGV) chipped in their two cents, where they would overhaul competences of the Constitutional court, abolish immunity for MPs and overhaul the election legislation. Additionally, they echoed the SDS in the one-step-to-elect-government bid and NSi in abolishing the National Council. Most of these proposals are of the politically-motivated-screw-good-of-the-country-be-damned kind, others actually make sense. For the benefit of this blog’s public pengovsky will sift though these proposals in the coming days, but one thing is already apparent: put together, these proposals are nothing short of throwing the system of checks and balances completely out of alignment with the ultimate goal of hoarding power with the executive branch, making the parliamentary majority even more of a rubber-stamp than it already is, at the same time discouraging judicial control by both limiting the power of the constitutional court and having regular judges up for confirmation after as much as eight years on the bench.

True, Slovenian constitution is somewhat outdated. As a document, it is very much a child of its time, and some solutions that we almost ingenious in the early 90s are downright problematic in this day and age. But changing the constitution should be approached with a surgical precision, whereas the ruling coalition (no doubt SLS and DeSUS will chip in their two cents) went about it by waving a broad sword.

Funny thing is that the basic argument for this across-the-board constitutional reform is that it will help fight the crisis. As pengovsky will show in the coming days (give or take) it will do no such thing, but maybe save a million or so. What they will do, however, will – if passed – make room for badly conceived decisions to be made into policies faster and with much more devastating consequences.

Careful observers will note that the possibility of abuse of power wasn’t even mentioned.