As pengovsky noted yesterday, Gregor Virant is more or less a political corpse, he just doesn’t know it yet. How so, one might ask, if the man is the president of the parliament (nominally the second most senior position in the country) and was the potential king-maker in Zoran Janković‘s PM bid. In short, the man is on top of his game. What could possibly go wrong? 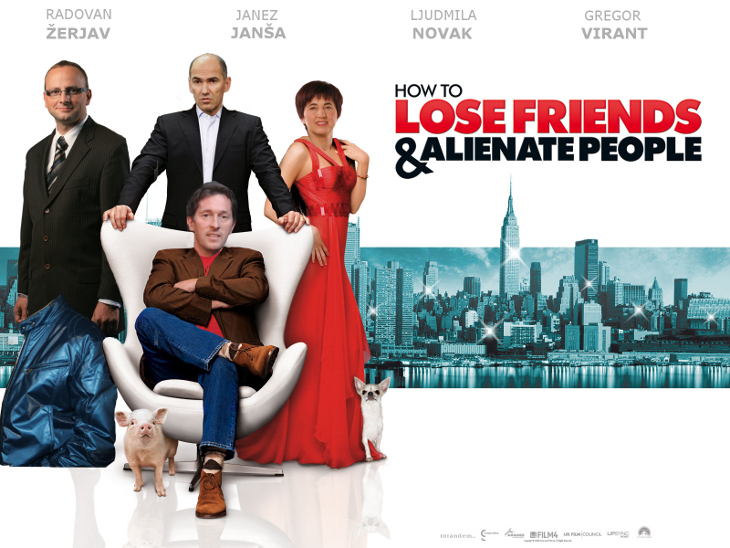 I know it’s a good film. I just couldn’t resist…

In fact, everything that could go wrong, already did. Virant made every error in the book and the fact that he finds himself presiding the parliament is more a result of chance than of a carefully executed plan. Leader of the Gregor Virant Citizens’ List (DLGV) came to the forefront seemingly out of nowhere at the beginning of the election campaign and stole quite a bit of limelight from the eventual winner of the elections Zoran Janković. Previously of Janez Janša‘s SDS Virant went solo, apparently due to mounting discord with Janša, who – as proven time and again – does not tolerate independent-minded individuals within his inner circle for long. In short, he had plenty of political capital to fool around with. And then he went and blew it all (almost) at once.

Item 2: Playing both ends against the middle. You don’t negotiate with both main contenders at the same time, especially not if they’re political and ideological opposites. This is not the Cold War and you’re not Tito, Naser and Nehru combined.

Item 3: Backstabbing. When you negotiate, you do it in good faith. You don’t piss in your potential partner’s pool, even if it means you end up being president of the parliament.

Item 4: Jumping ship. You better have a good excuse. Saying that the other side wasn’t serious about it when you all but closed the deal is a sorry-ass excuse. Also, saying at first that Janković is “dictating terms rather than negotiating, hence no deal” and then saying that “he’ll agree to just about anything, hence no deal” is just pitiful.

Item 5: Janez Janša. Virant got points for splintering from Janša. By rejoining him only a couple of months later, he’ll be making a lot of his supporters unhappy. Also, by following Janša and applying the same scare tactic on his MPs (instructing them not to pick up ballots for the secret PM vote), he is turning out to be just a bleached copy of his former party boss. And no-one likes unoriginal people.

Item 6: No more kingmaker. By allying himself with Janša, Virant lost his political sex-appeal as kingmaker. This role now yet again belongs to Karl Erjavec (oh, the irony!) just as it did in 2004. As a result, Erjavec is in a much better position to dicatate terms to Janša than Virant.

Item 7: Reality check. If by any chance Virant contemplates playing hard-ball against Janša as well, he’ll end up alienating both centre- and right-wing of his base, not to mention losing whatever friends he has left in the parliament.

Item 8: Public opinion. In a recent poll by Delo newspaper, 25% of voters blamed Virant for the political stalemate. 27% blamed Janez Janša. And that was before he jumped ship on Janković and way before the vote yesterday.

A lot of people were surprised how fast Zares of Gregor Golobič and LDS of Katarina Kresal went down the drain in opinion polls in the previous term. Virant’s DLGV is well poised to achieve a new speed record in that department.

And it would be a shame, really.

6 thoughts on “How To Lose Voters And Alienate People”