New polls for your viewing pleasure and boy, are they interesting. To be honest, the most interesting is the last one, published yesterday (this post should have been dated 15 November 2011) which shows Gregor Virant dropping staggering ten percent. Remember how pengovsky wrote that Virant is running on fluff and how he will probably go down once his spell on the media is broken? Well, the honeymoon is over and the polls’ runner-up is tanking, all of it on account of his faux pas regarding his income in 2009. 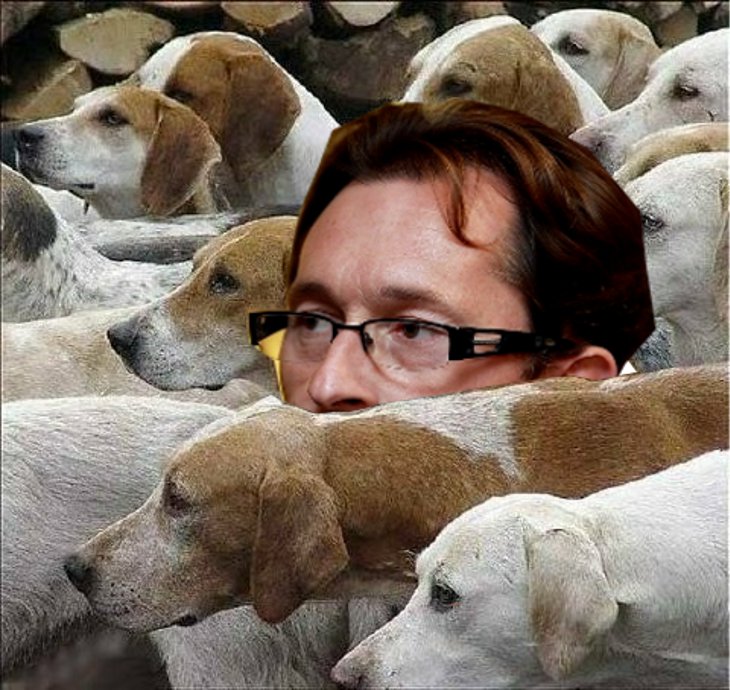 Politics 101: When you’re in deep trouble, say nothing and try to be cool

What happened was that the media – as per usual – went over tax returns of various party leaders and stumbled over Virant’s earnings in two-oh-nine, the year after Janša’s government was ousted in 2008 elections. As you’ll remember, Virant was Janša’s high-octane minister of public administration and after the change in government he became eligible for the so-called ‘ministerial compensation’, monies more or less equalling his basic ministerial salary but without bonuses. While perfectly legal, this compensation is one of the most controversial perks in the system. Originally envisaged to ease the return of ministers and MPs into their normal lives upon leaving their post (i.e. finding a job) it was and still is widely abused, mostly in the form of ministers and MPs being ‘unable’ to find a job. Miraculously, most of them found a job (or retired) only days after their year-long-perk expired. So did Virant. His problem turned out to be the fact that in addition to 66,000 euro compensation, he earned some 95,000 euro in consulting and lectures.

Media smelled blood and Virant held his ground only a day or so. During Thursday’s debate he maintained that he only took what the law provided for. Additionally, he shot himself in the knee saying that he took the money to make it up to his family. Which was not a very brilliant piece of political improv and it only got worse. Friday and Saturday saw Virant on an ill-conceived damage control operation where he promised to return the difference between taxed paid on his consulting and lectures earnings and the net compensation income (some 36k euro after taxes), the difference amounting to exactly 1285 euro. At which point all hell broke loose with people generally saying that Virant is taking everyone for fools if he thinks he can get away with it by giving back 1,2k. It was not a good weekend for the prospective prime minister. 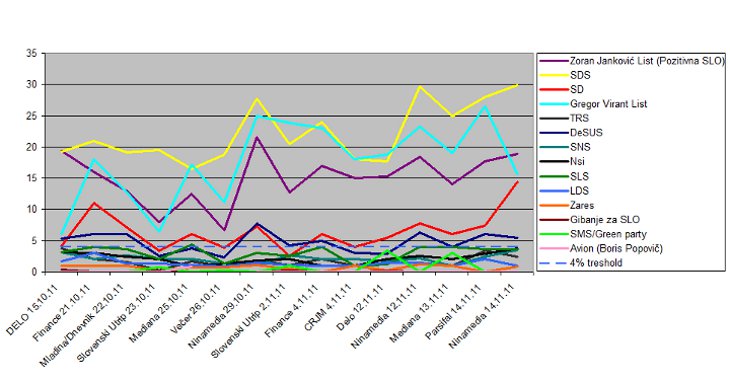 Come Monday, Virant announced on a press conference that he will be returning 18,777 euros, a sum which includes social and health insurance paid for from the compensation income (i.e. by the taxpayers). And this probably finished him off. By returning part of the money, Virant admitted that it was not all right to take the money in the first place (which was his initial position) and if it wasn’t all right, why didn’t he give back the entire 66k? Also, Virant said that he gave the money back (technically this took the form of a donation to the state budget) by taking out a loan at the bank. Again, a fuckup. He decided on the ammount returned no earlier than Sunday. So on Monday morning he just walks into a bank and takes out an 18k loan, at a time when banks are not really in the mood of lending money. And even when they were granting loans left and right, it took at least a day or so to do the paperwork. So, what kind of a collateral did Virant put up to walk out of the bank the very same day with a loan that would buy him a mid-size car?

As you can see it just keeps getting worse and worse and come next Monday, Virant will probably be landing very hard at the lower end of the two-digit score. He would have done better to stick to the original position and take flak over that. He’d come across as a pompous bastard, but he wouldn’t be on the run. Now he’s bleeding support, media and his opponents smell blood and he came across looking like an amateur. Or, as the good doctor put it: when you’re in a hole, stop digging!

While we’re on the subject

Speaking of amateurs, TRS party screwed up in voting unit 3 (West Ljubljana and surrounding areas) because their list of candidates did not have the correct male/female ratio. As a result the entire candidate list in this voting unit got thrown out, while TRS – which among smaller parties fared noticeably well – will not be taking part in the debates on the national television (only parties with candidates in all eight voting units get to do that). And last but certainly not least, LDS of Katarina Kresal was under the spotlight for some minor cockups when filing their list of candidates in voting unit 3. There were some identity issues as to who is seconding the list and who is filing it with the electoral commission, but the problem seems to have been solved by this evening.

State television held its first debate this evening and there were quite a few good punches thrown. It seemed that leaders of the smaller parties were especially well prepared and motivated and on general they made good use of the opportunity. We’ll see what new polls will bring in this respect, but for now let me just present you with the average numbers of all the polls to date. 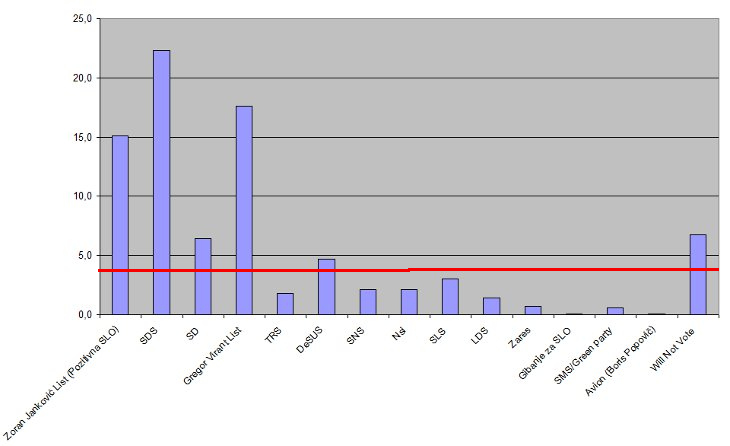 N.B.: Data is compiled from different polls with different sets of questions and different samples, so it is not directly comparable from a scientific point of view. Data still available as .xls file for download.