And so it begins. After both Zoran Janković and Gregor Virant announced their campaigns for Slovenian early elections to be held on 4 December, the field is more or less set and the race can begin. Pengovsky already noted that with Jay-Z and Virant entering the game, all the polls conducted before the end of last week can be thrown right out the window, which is why a poll by Delo newspaper published last Sunday can be considered as the opening salvo. 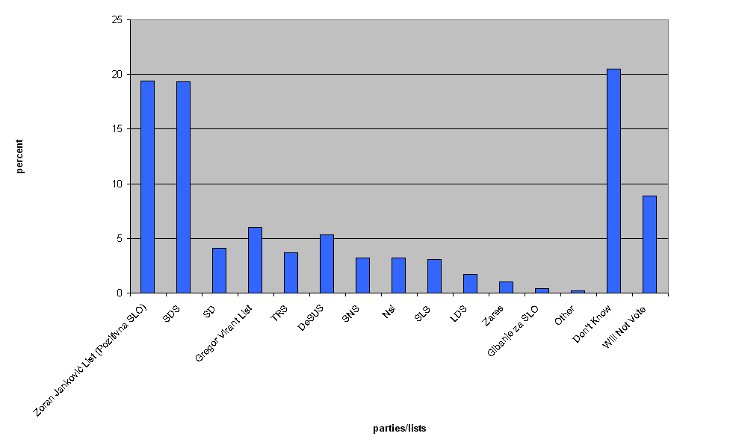 And what a salvo it was! More like a barrage, in fact. If Janez Janša and his SDS were considered victors-in-waiting only weeks ago, their lead washed away completely. Jay-Z, who is scheduled to form a party this Saturday (unofficial reports say it will bear the name Pozitivna Slovenija – Positive Slovenia), shot to the forefront, grabbing 19.4 percent support, marginally beating SDS which scored 19.3 percent. Gregor Virant and his list came in third with 6 percent while (still) ruling Social Democrats came in fourth with mere 4.1 percent. All other parties (new kids on the block included) scored below the 4% treshold.

What the fuck happened?

Nothing special, really. OK, a lot of people, mostly those who were already celebrating Janša as the new Prime Minister, went apeshit, saying that Delo basically rigged the poll and is creating rather than recording public opinion. But in fact Janković (and to an extent Virant) only grabbed the headlines for most of the last week and the result was there almost by necessity. In fact, Janša and SDS were nowhere to be seen. Pengovsky already wrote that they had the rug pulled right from under them, but the beating they took in the past week was indeed epic.

It should be noted, however, that this is not the end. This is not even the beginning of an end. Nor it is the end of a beginning. It is simply a beginning of a campaign which will be shorter than it would have been normally, but will be mighty long for some. According to Delo’s poll, only Jay-Z, Janša, Virant and Pahor would make the 4% threshold. This will not stand, obviously. Not only should Social Democrats end up with a considerably better result, the new players in the field have also considerably reduced the percentage of undecideds – from 40+ percent to 20.5 percent. And as immediate infatuation with new candidates decreases, these votes should at least partly be transferred to all other parties, most notably NSi, LDS and Zares, all of which need only a couple of percent more to make it over the 4% threshold.

The other new kids on the block

With Janković and Virant stealing the spotlight, other newcomers are in the field as well. Most notably TRS – Party for Sustainable Development led by former Ombudsman Matjaž Hanžek and Movement for Slovenia, a loose coalition of mayors from several Slovene municipalities. In all honesty it was Hanžek’s party which kicked off the trend of new arrivals and they’ve something to show for at the very beginning. 3.7 percent ain’t bad. “Mayors’ Caliition” on the other hand is scoring feebly and is probably already DOA, because they don’t have a network on the ground and with a feeble result, they don’t even have the incentive to establish one – unlike Zares, LDS and NSi which already have their respective networks in place and can focus on actually getting the vote out.

This is still early days and things could change dramatically. Janković and Virant are doing their best to capture headlines and knock Janša down for as long as possible. He is already bouncing back, but his initial lead is all but gone. Odds, however, will even out and in the end we’ll see more parties in the parliament than the first poll would have us think.

OFF TOPIC (but still immensely enjoyable): Go forth and check out pizdun.org where a good friend of mine is proving that she should not be wasting her talent in a PR sthick. Slovene only, I’m afraid, but a highly witty and often painfully truthful take on life, universe and everything.

5 thoughts on “The Game’s Afoot”