It is decided. Ljubljana mayor Zoran Janković will be running in parliamentary elections on 4 December. What is more, he will be doing so by forming his own party. This is the gist of his announcement yesterday. Janković set an ambitious goal of winning enough votes to clinch a nomination for the prime-ministerial position. While yesterday’s move is sure to redraw the electoral map, the actual impact of Jay-Z going national is yet to be seen.

As of yesterday the industrious mayor of Slovenian capital is on a tight schedule. He needs to set up a party, with which – if all goes according to plan – will be catching deadlines to submit candidate lists, which also have yet to be formed. During this time, Janković must also decide whether or not he will indeed run for a parliamentary seat, as well as establish operation on the ground. Also, he should get cracking on an election platform. His record as mayor of Ljubljana will only get him so far.

If Jay-Z was practically under 24/7 media surveillance, nobody saw Gregor Virant entering the race of his own accord. The (apparently former) president of Council for the Republic, a right-wing think-tank and Minister of Public Administration during Janez Janša‘s 2004-2008 government was at the outer edge or media interest lately. He did stir the pot a bit after he said that Janša’s goal of winning 50+ percent would be bad for democracy in this country, but everyone assumed that he had received a good dressing-down and he seemed to have toed the line ever since. 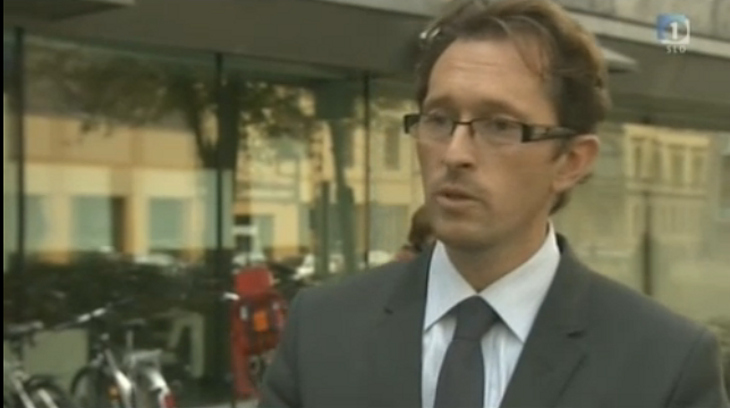 Which is why information of his entering the race was a bombshell. Pengovsky was all like 😯 because it seemed until Monday that the only thing that stood between Janez Janša and his complete and utter domination of the right side was a good showing on part of Radovan Žerjav and his Slovene People’s Party (SLS) which – wisely – decided to go solo and published their platform on Friday.

24 hrs after the initial shock, when they were able to come up only with “we’re unpleasantly surprised”, the SDS reacted with great vengeance and furious anger. In a formal statement, the party wrote that “Virant was sneakily forming his [candidate] list using SDS know-how and infrastructure, thus acting indecently. We deplore this and state that Slovenia will not solve its social, economic and moral crisis with sneaky actions, no matter how much shiny the rhetoric and non-partisan the appearances“.

They also point out that Virant is cousin of Jankovič’s wife and that Janša confronted Virant as late as end of September with rumours of him going solo, but the latter denied any such innuendo and even participated in a session of SDS Council on preparations for elections. SDS is basically crying treason and saying that the whole Janković-Virant thing is a set-up, possibly concocted by (naturally) Milan Kučan.

I’d be pissed too, if I were in their shoes right now 😀

Is it all just a scam?

With this being SDS and Janez Janša (of whom it was once written that he lives in a Ludlum-like world) one immediately thinks of the possibility of Virant and Janša… well… faking it. Fact of the matter is that SDS is not scoring nearly enough in the public opinion polls if it is to achieve its stated goal of 50, nay, 60+ percent. So, Virant could be just a ploy, to appeal to more moderate voters.

The former minister is appealing to the moderate right and he can fill in the obvious blank Janša is leaving behind. But he will also eat into SDS voters and the amount of venom the SDS spewed in Virant’s general direction suggests that this indeed is the real deal and not some sort of a double play. This is further supported by the anti-family-code astroturf initiative of Aleš Primc, which within hours released a statement denouncing Virant (and Janković) for accepting the compromise solution on gay adoption provided by the code.

On the other hand, parties of the political left are cautiously welcoming both Janković and Virant into the game. Like Virant, Janković is also poised to eat into their electorate, but they are obviously counting on increased turnout, mostly by those voters which have voted for either of the three left-wing parties but have been disillusioned one way or another. The party which stands to lose most under this scenario are the (still somehow) ruling Social Democrats of Borut Pahor which are in danger of having to cede the leading position on the left to the newcomer from the Ljubljana City Hall. Their noticeable lack of enthusiasm is therefore understandable.

On the other hand the LDS of Katarina Kresal and Zares of Gregor Golobič tried a more cheerful approach, with the latter being especially perky when stating that what we are seeing today is a continuation of a trend of political innovation which was started and maintained only by Zares. While he may have stretched it a bit, he does have a point, especially when one considers their election platform which is a marked departure from the neoliberal rhetoric prevalent in Slovenia. Katarina Kresal, on the other hand went along the usual “more options are good for democracy” tune. Cliché, to be sure, but good enough.

What we saw in the past few days in Slovenia was a major shift in the political arena. Gregor Golobič is right in saying that the situation we have today was unthinkable months, even weeks ago. But just how fundamental a redrawing of the political map has indeed happened remains to be seen. Virtually all the public opinion polls that were published in the last couple of weeks can be thrown right out the window. Including the one published today and conducted by the Faculty for Applicative Social Studies which is thought to be closer to the right (not to be confused with the generally left-leaning Faculty for Social Sciences) and which – surprisingly – puts Janez Janša’s SDS at a mere 16,5 percent approval ratings.

One thing is certain, though. The 4 December elections were just thrown wide open. Anything can happen between now and then and as things stand now SDS were the only ones caught wrong-footed. They’ll probably bounce back, but after spending most of the three years undermining anything and everything the left did and preparing the terrain for a takeover of power, Janša’s SDS just got the rug pulled from under their feet.