A funny thing happened yesterday. A vital piece of reform legislation – the pension reform – sailed through the parliament almost without a hickup. It was confirmed by a majority of 49 votes and is as such a major success for the left-wing government of Borut Pahor. But the composition of the “yes” vote in the parliament is where the funny starts. 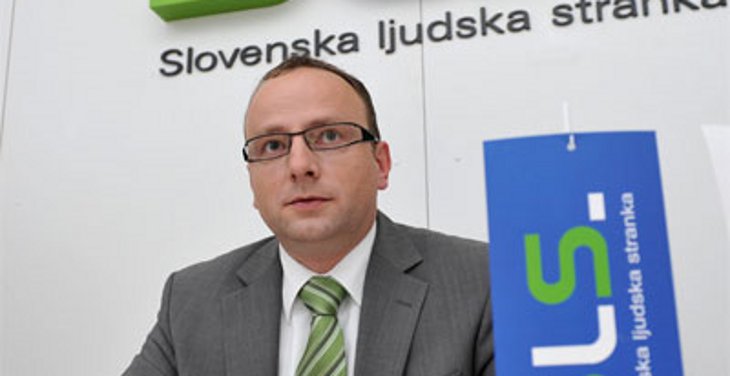 Since this is pension reform we’re talking about here, it was kind of expected that – despite being nominally a member of the ruling coalition – DeSUS and it’s leader Karl Erjavec will give PM Borut Pahor an exceptionally hard time over it. Indeed, in terms of securing a parliamentary majority the main sticking point seems to have been the rate at which pensions will increase relative to increase in prices. And while Erjavec demanded parity between the two indices, Pahor and specifically labour minister Ivan Svetlik insisted on a .25 rate, meaning that for every point inflation rises, pensions goes up .25 percent. Erjavec was adamant to the point of other junior coalition parties, notably Zares and its leader Gregor Golobič calling on Erjavec to make up his mind whether he’s a part of the team or not.

In all honesty Erjavec has a couple of reasons for giving such a hard time to PM Pahor. First, he was more or less forced to resign as minister of environment. He was also indicted for his alleged role in the Patria Affair and just to top it off two of his MPs (Žnidaršič and Rezman) quit DeSUS and went independent. Also, Erjavec was perhaps overconfident from pulling this very same trick four years ago when then-PM Janez Janša agreed to re-institute price-index/pension-rise parity. So for purposes of this pension reform DeSUS de facto left the coalition. But then, seemingly out of the blue, Slovene People’s party (SLS) came to the rescue and chipped in the missing votes.

Pengovsky often wrote that he has a soft spot for SLS. Regardless of their general ineptitude and hypocrisy, they usually came through when push came to a shove. This soft spot exists since the constitutional crisis in 2000 when SLS provided crucial votes to avoid suspension of elections in what was increasingly looking like an attempted coup d’etat. Anyways, leaving bygones be bygones, SLS (just as in 2000) apparently put two and two together and found out that their primary voters’ base (farmers and the like) are quite well-off with this pension reform.

This is the first across-the-isle vote in this term, perhaps signalling complex two-years of the remaining first term of Pahor’s government (yes, I know what I wrote. Suck it up and move on ;)). The message is three-fold: First, Radovan Žerjav of SLS sent a message to Janez Janša that he’s not the only dog in opposition-town. Second, Karl Erjavec was told that he and his DeSUS can be replaced, if need be and that he’s is stretching it as it is. And lastly, SLS is saying that is it open to deals, preferably those which will a) benefit its voters and b) keep the party in the parliament. SLS is probably desperate to avoid the chaos its cousin-party, Christian Democratic NSi cannot really get out of ever since it dropped out of the parliament in 2008.

Should be fun. Especially, since there’s yet another referendum looming, this time on the pension reform.