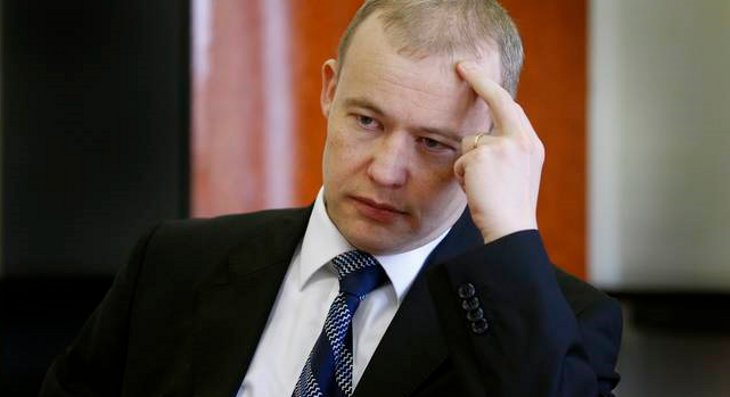 Minister of economy Matej Lahovnik yesterday quit Zares party. While the move is not entirely surprising, it wasn’t as if Lahovnik’s departure was the talk of the town in the last few days, so the gravity of the situation should bot be underestimated.

At this point one can only suspect what led Lahovnik to jump the party boat. In his statement yesterday evening he said that handling the economy portfolio is a demanding job that »being a member of a party no longer makes sense«. Obviously, this is utter bullshit. Just by being a member of a party one is in no way impeded in being a minister. However, there are a couple of ideas floating around why Lahovnik couldn’t reconcile one with another.

First of all it should be noted that in the last year or so Lahovnik went to great lengths in avoiding strictly political functions. Even when PM Pahor called a coalition huddle in late December 09, Lahovnik was the only minister to have given the PM a cold shoulder saying that he has no time for political games. And when coalition was of to a rocky start in early 2009 by a series of less-than-appropriate nominations (like that of Draško Veselinovič as CEO of Nova Ljubljanska Banka, to pick an example at random) Lahovnik did not mince words and threatened to walk out of the government, either by himself of with entire party in tow.

On the other hand, there could be trouble at home. Zares leader Gregor Golobič saw his position greatly undermined with the Ultra affair and it is possible that Lahovnik either saw this as a liability and is trying to put a daylight between him and Golobič, or already saw himself as the next party leader, only to be snubbed last week as Golobič was re-elected for another term at the helm of the party.

Thirdly, it is possible that Lahovnik just couldn’t accept certain decisions, which were as much political as were economical. On of the possibilities, which is being often put forward is the decision to expand the existing coal power-plant in Šoštanj where Lahovnik is strongly in favour, while Golobič reportedly has second thoughts over it.

And lastly, it could be that some other shit is brewing we have yet to hear about. Lahovnik was always considered a kind of political maverick, a notion he himself would probably not disagree with. His no-nonsense attitude seems to strike a chord with the electorate and thus he finds himself in a curious position of being a minister of economy in a middle of a recession and yet ranking among top five most popular politicos this side of the Alps.

More details will undoubtedly emerge in the next days, but rumours have it that together with his hasta la vista to the party, Lahovnik also sent a letter to PM Borut Pahor in which he (according to today’s Delo lead) puts the blame for the situation squarely on Golobič. Although it is not entirely clear what the “situation” might be, as the government seems to enjoy a period of relative calm (if one takes the dire economic situation as a normal state of affairs).

Which again brings us to reasons for Lahovnik’s jumping ship. If he didn’t do it in the past when it would be perfectly acceptable for him to do so, if there’s nothing going on right now which would precipitate his quitting the party, then the reason must lie with something that has yet to happen. Either that, or the move was agreed months ago and has for one reason or the other been executed only now.

Be that as it may, a not unimportant question is what Lahovnik’s move does to coalition mathematics. Technically, Zares is entitled to four portfolios under current government structure: Higher Education and Technology, Public Administration, Culture and Economy. Since all of them are strategically placed to ensure maximum party influence on various government policies, losing economy portfolio will definitely hurt Zares’ political influence. OK, truth be said, with Lahovnik running loose almost from the beginning, party influence in this area was limited to begin with, but it did give Zares an important leverage for implementing its political platform. With Lahovnik out of the party the leverage is gone or at the very least severely impeded.

However, if Golobič and Zares demand Lahovnik’s replacement, this would mean the latter would return to serve as MP (elected on Zares ticket, but probably declaring himself independent), meaning that Zares would indeed keep their portfolio, but lose an MP, which would by extension mean that the ruling coalition as a whole would have one less vote in the parliament which in turn might prove a rather big problem down the road, as Slovenia has yet to make some radical decisions if we are to survive the crisis in at least some sort of social and economic order.

Should Zares nevertheless demand PM Pahor replaces Lahovnik, Pahor would be in no position to deny them their demand. But he probably hopes  and (pengovsky expects) will frantically work towards Zares never making the demand in the first place. Golobič, for his part, is keeping his options open.

Lahovnik was dubbed a master of political survival. But barring the possibility the coalition is headed for a train-wreck most of us can’t see yet, he might have misjudged his position this time. When he skipped the coalition huddle late last year, PM Pahor reportedly gave him a pretty decent dressing down. And if the push came to a shove, Pahor will probably choose Zares as a whole over Lahovnik, despite the fact that some sources speculate that Lahovnik is liable to switch to Pahor’s own Social Democrats.

But should he do that, Lahovnik would probably soon find out that a) nobody likes a turn-coat, not even those to whom he turns and b) his real value for SD was in him being a troublemaker within Zares – in indeed that is what he was.