On Sunday Borut Pahor was re-elected as president of Social Democrats. That in itself is not news. The fact that he had no opponent and that he had just won the election made his re-election in the party a given. What was interesting, though, were elections of the party vice-presidents. 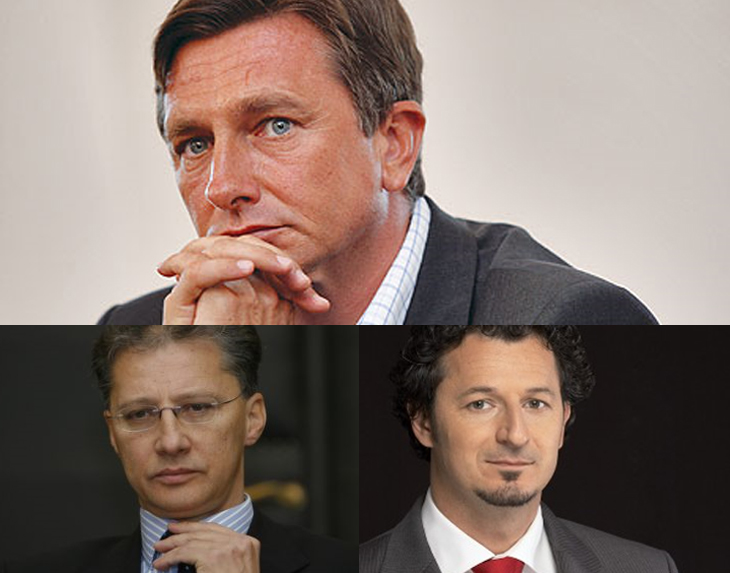 The party has four VPs, two men and two women. The latter are Madja Potrata MP and Alenka Kovšča and their elections came very low on the Surprise Scale as well. The interesting stuff was going on in the men’s corner, where three candidates ran for two VP posts: Miran Potrč MP, minister of transport Patrick Vlačič and minister of education and party ideologue Igor Lukšič.

While Potrč’s election was all but guaranteed as he is enormously respected within the party, the battle between Vlačič and Lukšič bore huge significance. Not in the least because PM Pahor fell out with Lukšič over his candidacy for the post, saying that it would be improper for an education minister to be a high ranking party official. In between lines this read that education should not be an ideological battleground between left and right. Interestingly enough, just prior to its convention (a congress, as these gatherings are known in Slovenian political terminology) Pahor fell out with Vlačič as well. The latter had – in his capacity as minister of transport – the management of Slovenian Railways removed and had the Supervisory Board appoint a new CEO, but without a public tender. This led to numerous speculation that the new CEO Matic Tasič was appointed for his political affiliation rather than for his competence. Whether or not that really is the case, remains to be seen, but the move flies in the face of Pahor’s promise to run a transparent government.

But nevertheless Pahor made it obvious that he’d rather see Vlačič than Lukšič as his party VP. Lukšič ran for the position nevertheless and lost spectacularly as delegates at the congress heeded to wishes of the PM. Upon losing Lukšič (a political scientist) said that the result shows that a “form of corporativism has emerged and that is not good for Slovenia (…) The party became interesting for some circles which have now established a power-base within the party” and added that the emerging generation is extremely ambitious and demands immediate results.

To put things into perspective: Igor Lukšič is the brains behind Borut Pahor. Widely described as the party ideologue he was Pahor’s shadow ever since the latter became president of the party youth organisation some seventeen years ago. It was Lukšič who introduced Pahor to Anthony Giddens’ Third Way and together they styled the Social Democrats after Tony Blair’s New Labour. Igor Lukšič, Ph. D. worked from within the academic environment, where he is an established and oft-quoted political scientist as well as an influential professor at the Faculty for Social Sciences (FDV), contributing heavily to the perception of FDV as a “red” faculty.

In other words: if Pahor is the form, Lukšič is the content. For better or for worse.

And now, after becoming the PM, Borut Pahor got rid of his ideologue. That in itself is not bad. It is a political decision by the party leader which he may or may not come to regret. After all, it is not as if Lukšič can just switch parties and become an ideologue for the competition. Furthermore, it is entirely possible that Lukšič spent himself and that he is fresh out of ideas for the party which – after winning the elections – needs to reinvent itself. Lukšič says that with him as VP Social Democrats could achieve even better results in four years’ time, but you sort of expect him to say that.

So Lukšič’s defeat is not a problem. The problem is Patrick Vlačič’s victory. His rise within the Social Democrats was meteoric. Nowhere to be seen five years ago, he started appearing as the party’s expert on transportation (although he’s a lawyer by education) and his rise has continued unabated ever since. Some see him as the younger version of Borut Pahor (i.e.: pretty but no content), to others he is an unscrupulously ambitious politicians who is quickly establishing his power-base and will not mince over choosing means to reach his aims. However, pengovsky is bothered by both of these pictures. Namely, there is one critical element missing from Vlačič’s track record.

Vlačič seems on top of his game. He controls a powerful portfolio, he can sack CEOs of state transtportation companies, he can decide which projects will get priority, in short, he is the Big Transport Kahuna in town. On top of that he just became his party’s second in command and is considered as heir-apparent. But – as Igor Lukšič will happily tell you – Newton’s laws apply to politics as well. In this case, what goes up must come down. Patrick Vlačič may feel that he is establishing his power-base within the party, but pengovsky has a feeling that it is in fact Vlačič who is being used by special interests to gain favour with the new government. The question is whether Vlačič is in on the plot. But he is probably also being used by Borut Pahor, who conveniently got rid of Lukšič but will most definitely not tolerate leadership challenges by a relative newbie and will bring him down crashing if he doesn’t toe the line 24/7.

Therefore, getting Patrick Vlačič elected as VP served nothing else than removing Lukšič from the top echelons of the party. It may be the first step in the younger generation taking over the party, but even if this happens, Patrick Vlačič will not be the one succeeding Borut Pahor. It’s just that he doesn’t seem to realise that.

9 thoughts on “How The Mighty Will Have Fallen”