As you know, the city of Ljubljana is one of the few (if not only) European capital with a substantial Muslim community and without a mosque. Curiously enough, this is not a result of some post-9/11 anti-Muslim pogrom, but rather a result of thirty years of systematically blocking Ljubljana Muslims to express their faith in a manner they wish. 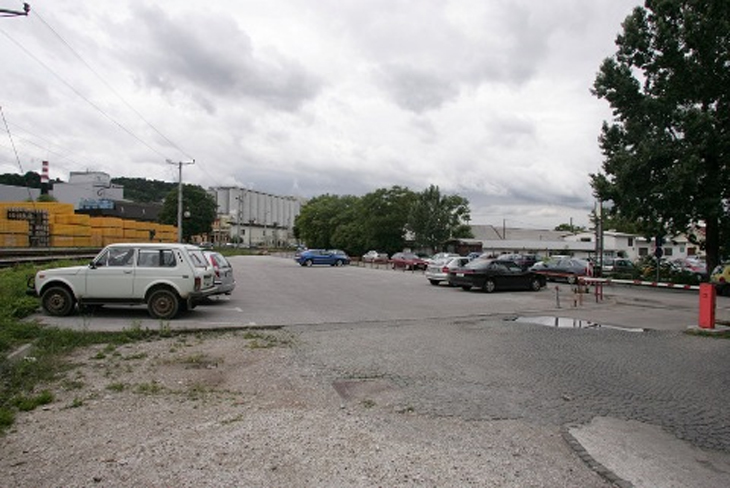 Naturally in socialism religion was not exactly encouraged, but in a predominantly Catholic enviroment the Communist party tolerated the Church as long as it toed the line. Not so for Muslims (mostly Bosnian and Kosovo Muslims) who came to Slovenia in mid 60s as the economic expansion of the republic began. Things were not getting any better after 1990, when the Catholic church made a comeback, whereas other religions maintained status quo. For Orthodox Chistians and Protestants that meant that they could continue in their churches as long as they toed the line and recognised the unofficial priviliged status of the Catholic Church, wheras the Muslims were still left without a mosque.

All this changed in 2005, when then-mayor Danica Simšič decided to correct the decade-old wrong and pushed its fragile coalition to allocate a piece of land on the outskirts of Ljubljana for a future mosque which was to be funded and built by the Slovenian Muslim Community. (slightly OT: this was one of the highlights of otherwise disastrous Simšič mayorship).

Enter Mihael Jarc (the blockhead), the sole councilor of the List For Clean Drinking Water (go figure!), who was elected to city council by some wierd coincidence and has done about as much for clean drinking water in Ljubljana as Pamela Andersson has done for the Icelandic fishing industry. Next to nothing. However, Mr. Jarc did take it upon himself to defend Ljubljana from the Muslims whom he saw as a reincarnation of 16th century Turks and their invasion of the Balkans and the Central Europe. He became a firebrand preacher against construction of the mosque, blabbering about how the Muslims (if they have to be here) should be confined to their places of prayes or embrace the local culture and went on to say that “the enemy of the cross is the enemy of Slovenes”. He even made it to the BBC! Mihael Jarc and his nationalistic and religious bigotous fundamentalism struck a worryingly resounding chord with a number of Ljubljanchans which allowed him to collect some 11.000 signatures which called for a referendum on construction of the mosque.

At which point mayor Danica Simšič entered a short-but-glorious period of her otherwise hopelessly beleagured mayorship. She fought back and refused to call a referendum. The question nearly drove appart the already fragile centre-left coalition (which ultimate failed for other reasons), but the mayor stood firm despite protest (she was publicly called a bitch among other things) and populist onslaught which included Jarc reading from the Bible at 2 A.M. during his debate in an extremely long session of the City Council. Mayor Simšič asked the Constitutional Court to rule on the referendum beforehand and after a lengthy deliberation it found that although the question for technically about whether the land should be sold to the Muslim community (not a word about the mosque) it was ultimately aimed at preventing a religious group from practising its faith and was therefore unconstitutional.

Thus political obstacles to building the mosque were cleared after thirty-odd years. Or were they? Between 2005 and today the location of the future mosque was changed. It was – in my opinion correctly – moved from the outskirts of Ljubljana close to the city centre. The idea originally came from the legendary city councilor and fellow blogger Miha Jazbinšek (Green Party) and was adopted by mayor Zoran Janković after he replaced Danica Simšič. And almost two years after Janković took office some 10.000 sq metres of land in the vicinity of Ljubljana Railway station were sold to Muslim community for 4.5 million euros. If it were up to me I’d give the land away for free as mayor Simšič intended, but mayor Janković insisted that under the new administration no piece of land will be give awas for free to anyone.

Last week the city council passed a decree which allows for actual construction of the mosque and sets the height of the object at 12 metres metres maximum and the height of the minaret at 40 metres maximum. At which point the blockhead Jarc re-emerged and now wants the mosque to be built without the minaret saying that minaret makes the whole building too high. Of course Jarc conveniently forgets that there are skyscrapers (existing or planned) in the vicinty which dwarf the height of the minaret by a large margin. But most of all, demanding a mosque without a minaret is like demanding a catholic church without a tower. A minaret is an integral part of any mosque and preventing Muslims from building one in (in my opinion) even more insulting than preventing them from building a mosque in the first place.

Since he (Allah be praised!) has almost no power in the city council and is repeatedly misusing those he does have (during his rhetorical escapades his microphone is often cut off by mayor Janković for abusive language), Mihael Jarc is playing referendum games yet again. This time around he want so call the referendum on the minaret issue. Days ago he collected 100 signatures on his referendum petition thus obliging mayor Janković to declare a 40-60 day period in which Jarc must collect signatures of 5% of Ljubljana electorate (some 11.000 signatures) for referendum to be called.

While mayor Janković has more or less publicly stated that he will try to prevent the reherendum and even ask the constitutional court to judge on the constitutionality of the referendum question, it is entirely possible that this time around Jarc will get a referendum he so badly craves, because technically he is disputing the wording of the decree and not the construction of the mosque itself.

Hopefully, however, the Constitutional Court will show as much wisdom as the last time around and will see through Jarc’s little charade.