Just because I think there’s a hint of possibility that Dimitrij Rupel plays a role in a mind-boggling political gamble by PM Borut Pahor, it doesn’t mean I have to like him. Or that I like the fact that Pahor gave him a job. In fact, there are precious few things I like about Dimitrij and the fact that he seems to believe that he is somehow entitled to a senior governmental job is not one of them. In fact, I’m fed up with seeing his face all over the news for the past eighteen years. Given the fact that most of Slovenia went apeshit upon hearing that Rupel had at least one political life left and that Facebook groups are being populated faster than a rabbit hole during a swinger party, I was thinking of printing large amounts of anti-Rupel T-shirts and selling them over the net. 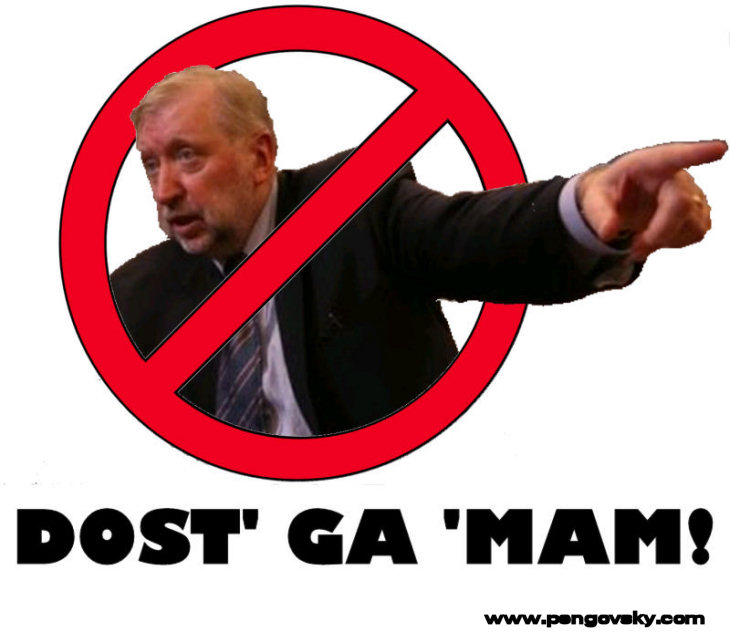 But then again I’m struggling to post every day as it is. If I were to start selling T-shirts I might as well stop doing everything else for a while. Besides – after two months noone will remember any of this and I’d be stuck with a zillion T-shirts and a very angry Chinese guy on the other side of the phone conversation.

14 thoughts on “Get Your Own Dimitrij Rupel T-Shirt”