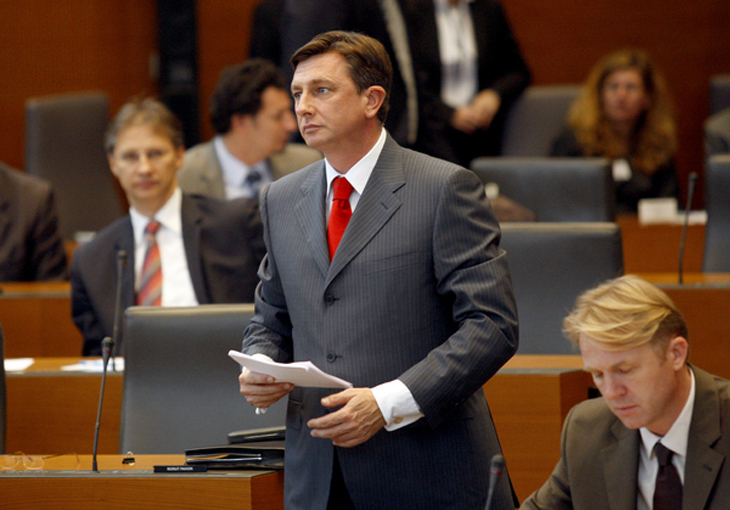 I hope you will forgive me for writing this a couple of days late. You know how it is: things to see and people to do. I must admit that I’ve enjoyed your address to the parliament Friday last, when the MPs voted on your Cabinet. You seemed bold and resolute in tackling the economic crisis and the impending recession head-on. You outlined ten points of your platform, which – I assume – is a summary of the coalition agreement.

I was most pleased to hear that you intend to use the crisis to develop the propulsive sector of Slovene economy and that you do not intend to waste scarce financial resources to support companies with no future, while re-educating the laid-off workers and equipping them for jobs generating a higher added value. You also said that you will increase tax breaks for low-income taxpayers, so that people earning the minimum wage will be totally exempt from paying taxes. A lot of families will need that break in the coming months. You also announced that your government will stimulate reinvesting capital gains and better regulate the financial market. In this respect you promised to fully support the Competition Protection Office and prevent any interference in its work, even in open cases like those of Laško Brewery and Mercator. You said the same about Attorney General, being fully aware that she is a close political ally of your predecessor Janez Janša.

Economic woes aside, your determination to shift the focus of the decision-making process to the parliament is a badly needed change in political culture this country needed. Indeed, throughout your speech you used conditional phrases such as “if today you confirm this government”, although you knew very well that you will win the vote. I applaude you for giving the parliament at least that much credit. Afterall, you were President of the Parliament from 2000 to 2004 and know how to go about these things. You even said that you will subject regulation acts passed by the government to parliamentary debate.

And last but not least, you promised to set an example for the challenging times ahead and waived the customary 100 days of honeymoon each government enjoys while it sets in and also promised to pay for representation costs in Slovenia (lunches, clothes, other services) out of your own pocket.

But then again, you were always big on words. Admittedly, you recognised that at the time you yourself lack specific economic knowledge to tackle the crisis, but will rely on your all-star team instead. However, you should bear in mind that you were not elected to snow us with big words, but because you flat out promised to do a much better job than Janez Janša. Even more – you echoed people’s worries about the economy, while Janša refused to admit that there is a crisis approaching, and this too got you elected. What I am trying to say is, that you will have to deliver regardless of the crisis. You will not be able to feign ignorance four years from now and say “I didn’t know it was going to be that bad”. You knew, we all knew. Except Janša. But that’s why you’ll be the one answering during Q&A sessions of the Parliament.

Secondly. I’m sorry to say that, but somethimes you do take things too far. Yes, the dialogue. Yes, the parliamentary debate. Yes, on bringing the opposition on-board as well. Yes, the constant re-examination of one’s own basic positions. Yes, on looking at an issue from different angles. Yes, on taking time to decide. We’re rather similar in this respect, you and I. But at the end of the day it is you who has to take the decision and sometimes you’re limited to taking an educated guess. It’s called having cojones and you’ve already proven once that you have them. From now on, this is a daily task. This includes your proposal to subject regulation acts to parliamentary debate. There is no need to do that. Even if some sort of legal mumbo-jumbo is produced to give you cover to do so, this is a complete waste of time. If you even as much as attempt to pin the responsibility for wrong decisions on the opposition, it will create an air of distrust within the electorate which did not elect you with what one might call a landslide majority. But I’m sure there’s no need to remind you of that.

Actually, what got you elected was a record turnout in the city of Ljubljana, where mayor Zoran Janković campaigned hard for The Trio. He said that he will support those parties which will give back the 57 milion euros the state took from Ljubljana when it changed the law on financing municipalities. You yourself did not exactly promise to give back the money, but recognised that Ljubljana was unjustly deprived of it. You would do well to pay that political debt as soon as possible, because you do not want an angry mayor and his citizens on your case. You might contemplate curbing mayor Janković’s political ambitions, which as we all know are quite high, but I strongly urge you not to antagonise him. Janez Janša did just that when he removed him as the head of Mercator and look what happened. You won the elections. Catch my drift?

Oh, and that thing about your paying the representation costs yourself. Nice PR, but it won’t last past new year. Was it really necesary to put that in your keynote speech?

Yours is a difficult task. And although after four years of paranoid proto-fascism your government is being viewed sympathetically by me and others like me, this does not mean that you have been issued a carte blanche to do as you please, or to do not as you please (which seems to be often the case with you). This includes your seemingly irrational affection with Dimitrij Rupel, whom you seem keen to dispatch as an ambassador to Austria. You may well think that the old Serbian adage “ili u zatvor ili za ambasadora” is a cunning way to get rid of Rupel, but I would like to remind you of the fact that while he was ambassador ot the US, Rupel engaged in a full-blown war of words with then-foregin minister Boris Frlec, to whom he was subordinated. In the end Rupel prevailed. Not to mention the fact that the current President of the Republic Danilo Türk (whom you nominated and supported in the 2007 campaigin) is vehemently opposed to name an ambassador who – as a minister – nominated himself to the post. And the fact that The Prez, in an unusualy direct statement, said that he simply does not trust Rupel. Do you really want to burden yourself, your new foreign minister Samuel Žbogar and the Slovene public with more of Rupel’s antics? I realise that you will want to have a hand in shaping the foreign policy, but you don’t have to fight for that privilege. It comes with your job. My humble advice, however is that you learn from historic evidence and act accordingly. People and things will not change simply because you’re the top dog now.

We seem to share a passion and respect for Winston Churchill and his speeches. The old bastard had a rare gift of foresight and although he was a political opportunist on a par with Karl Erjavec (anyone can rat, but it takes a certain amount of political ingenuity to re-rat), he knew long before anyone else that things were going down the drain. There are striking similarities between the global situation in 1930 and today. Churchill realised where a protracted economic crisis, a series of small- and medium-sized conflicts and a rise of populist leaders in impoverished and isolated countried lead. He had the foresight, but only because he embraced the past and learned from it.

I suggest you do the same. Had you already done that, you’d have known that Churchill drank brandy instead of whiskey.

11 thoughts on “A Letter To Prime Minister Borut Pahor”