Contrary to expectations, The Prez did not nominate a candidate for PM yesterday. He is widely expected to nominate Borut Pahor as leaders of all parilamentary groups (save Janez Janša‘s SDS) stated that they will vote in favour of Pahor’s premiership. But President Danilo Türk said yesterday that he needs a tete-a-tete with Pavle Gantar the newly minted President of the Parliament, hoping that the parliamentary committees will have comenced work when he nominates his man. Türk said that he expects to make that move early next week. 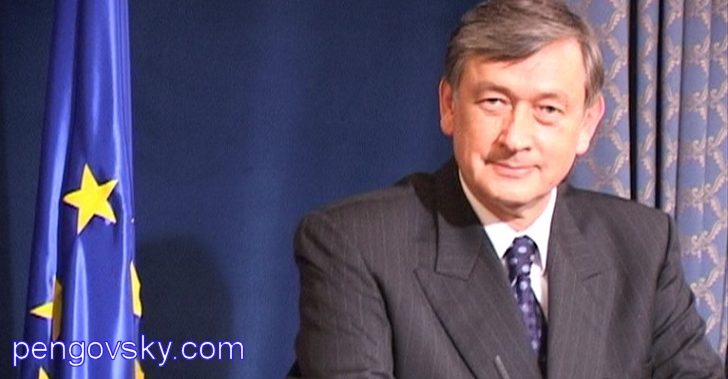 Why the delay? Türk said that he would like to coordinate with Gantar to have parliamentary committees and bodies up-and-running by the time the MPs vote on Türk’s nominee.

Which is a load of bollocks.

Contrary to his subsequent cabinet nominees, the PM nominee is not vetted by parliamentary bodies. Instead, he or she outlines his or her policies, if they choose so, parliamentary groups explain whether they support the nominee, after which a secret ballot is held, where the nominee must win an absolute majority of 46 votes. Period.

So, why is The Prez snowing us with his need to confabulate with his stand-in? Probably because he is covering Borut Pahor’s ass for a day or two, buying him time to re-negotiate a specific paragraph of the coalition agreement. Namely – it transpired yesterday late in the afternoon, that DeSUS and the rest of The Quartet read the segment on pension reform differently (suprise, surprise!). So, they’ll be ironing out the details over the extended weekend as tommorow is a public holiday in Slovenia, while simultaneously go about deciding who gets which portfolio.

Rumours are plentifuly and speculation is rife in that departement. The question on everyone’s mind is which portfolios will leaders of The Quartet take for themselves. While Pahor is obviously going to be the PM and cannot take on a specific portfolio (unlike in the UK), Gregor Golobič, Karl Erjavec and Katarina Kresal remain a mystery. The latter is apparently eyeing the job of foreign minister (an out-and-out bad idea), Erjavec is playing the table hard and wants to be either foreign or interior minister, while some add civil service and judicial porfolios to his range of choices, whereas Gregor Golobič has consistently kept his mouth shut over his ministerial ambitions. The latest unconfirmed rumours put him in charge of ministry for higher education, science and technology. Which I think is a good idea and is hopefully true.

4 thoughts on “No Nomination For PM”