Funny. While John McCain’s campaign is attacking Barack Obama and potraying him as associating with terrorists, John McCain defends his Democratic rival as a decent an honest man. In this BBC video 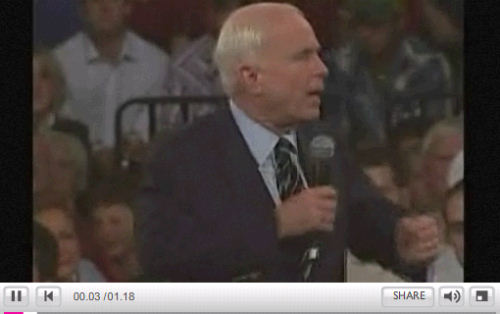 Have the things gone out of control in the Republican campaign, has John McCain finally had it? Or is he simply letting others do the dirty work for him, while he seemingly defends the other guy, if only to reiterate what Republicans think of him?

In any case – we’ll be back in Slovenia tommorrow, as the parliament convenes for its first session and elects its leadership. Stay tuned! 😀