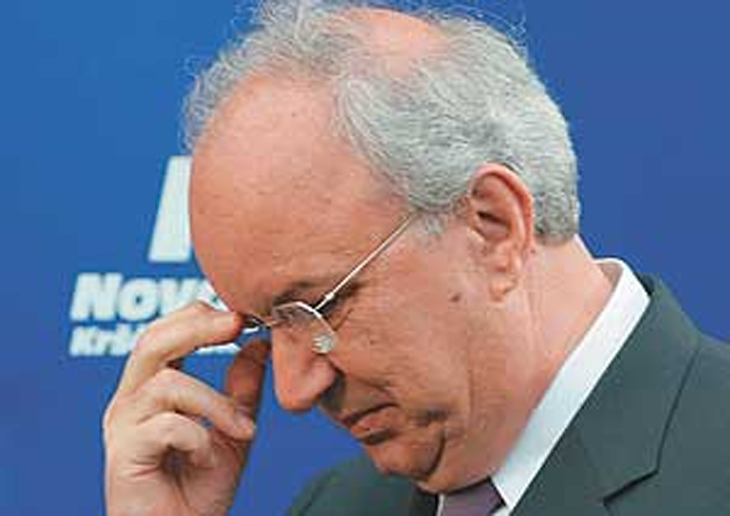 Some 40.000 ballots were sent to Slovenian citizens living overseas, none of which have yet been counted. They will have been counted until Monday, 29 september and later that day the unofficial final tally of the Sunday elections will be known. Now, overseas vote is a well-known hunting ground for SDS and especially NSi, which at the moment has 3.26 percent of the vote, but – as you no doubt know by now – needed 4 percent to get in the parliament.

Since the percentage of the vote is calculated based on the number votes cast, this means that NSi need some 8000 votes more to make the treshold. This is not impossible. As I said in the beginning, some 40.000 empty ballots have been sent across the globe and it all depends on a) how many of those ballots are returned b) how many of those are valid and c) where will that vote go.

Previous experience dictates that most of the overseas vote goes to NSi (especially from both Americas and Australia). This time around, SDS apparently tried to channel a lot of overseas vote in general its way, but it remains to be seen how successful that particular enterprise was, especially since president of NSi Andrej Bajuk apparently wrote a personal letter to opinion makers in Slovenian diaspora, asking them for help in getting the votes.

Some believe that about a quarter of all overseas ballots will be returned, which just might generate enough votes for NSi to make the 4 percent treshold. Others, however, point out that a lot of the overseas vote comes from Europe (not exactly overseas vote then, is it, pengovsky?), and that votes from Europe more or less follow the dispersal at home, not making much difference in the end.

Either way, NSi will face its uncertain future with a new presiedent. In light of the less-than-satisfactory result Andrej Bajuk resigned as president of the party and will not even act as caretaker until a new president is elected. Thus Alojz Sok is now acting as caretaker president.

In my opinion NSi’s chances aren’t very good. But if they somehow make it, it means that those someone else will lose four seats. Since calculation of election results borders on alchemy it is impossible to say which party or parties would loose seats, but distribution of power in the parliament might change significantly.

11 thoughts on “Overseas Vote (Will NSi Make It?)”