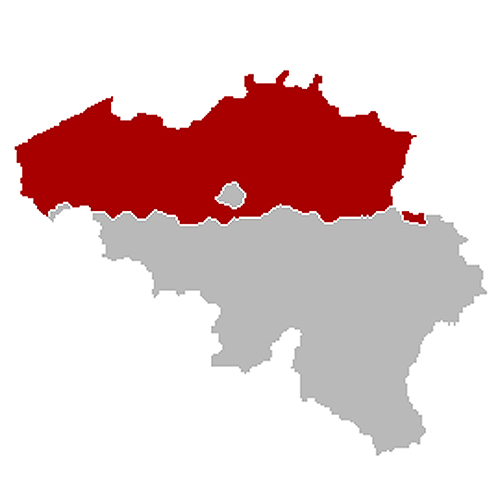 
Thanks to dr. ARF, readers of this blog have been brought up to speed with the ongoing political and state crisis Belgium is experiencing. To put it in a (Serbian) nutshell: “Flamanci bi kao da se odcjepe, a Valonci kao nedaju” (the Flemish like want to separate, but the Walloons like don’t let them). The sentence “they like want to separate and we like don’t let them” was uttered by this disillusioned Yugoslav soldier during Slovene war of independence, and immediately became the definition of a pointless war.


And yes – the Flemsih/Walloons thing does have certain parallels with Slovenian drive for independence in late 80s/early 90s. For example: Flanders is (like Slovenia) the “economic engine” of Belgium. French speaking Walloon region in experiencing high unemployment and is in dire need of total economic restructuring. Which is not likely to happen because apparently the Belgian welfare support for unemployment amounts to €2000 per month. Not a meagre amount, even by Belgian standards. Economy played a big part in Slovenia opting for independence. Namely: Slovenia being the economic engine of Yugoslavia had to (under the slogan of brotherhood and unity funnel ludicrous amount of cash to the undeveloped regions of Yugoslavia where it disappeared rather than being spent on development projects.

Also, there was the language issue. As far as I get it, Walloons (being basically French and all) are highly unlikely to learn Flemish, whereas most people in Flanders are capable of at least basic communication in French. Again, almost the same thing happened in Slovenia/Yugoslavia, where most Slovenes spoke Serbo-Croatian (even had to learn the language in elementary school) but none of the other Yugoslav nations spoke Slovene. Therefore, I think it is obvious that certain parallels between Slovenia and Flanders exist.


However. I do firmly believe that Belgium (unlike Yugoslavia) should remain united.


Odd as it may sound, geopolitically speaking, Flanders is much more like Kosovo than like Slovenia. Both Kosovo and Flanders have a “mother-state” across the border. Economically, socially and culturally Kosovo leans towards Albania rather than Serbia, while Flanders leans towards Nethelands rather than Belgium.

“Aha!” you say, but Kosovo is about to become independent and so should Flanders, then. “Well,” I reply. It is not that easy. If Flanders declares independence, Beglium basically ceases to exist. What happens to the bi-lingual Brussels? Does it become another Luxemburg or Liechtenstein? Belgium was established by its neighbours and if it no more, that means that there are also no more guarantees to its independence, which in turn means that both Walloons and Flemish can seek protection of their “mother-state”, perhaps leaving Brussels to continue as a small enclave, a no man’s land.

Ah yes, but then there’s the small matter of some 70.000 strong German minority in Belgium. What happens if they call to their Vaterland for help? The last time that happened, all hell broke loose.


Belgium should remain united, because its dissolution could very well mean the end of Pax Europeana as we know it.