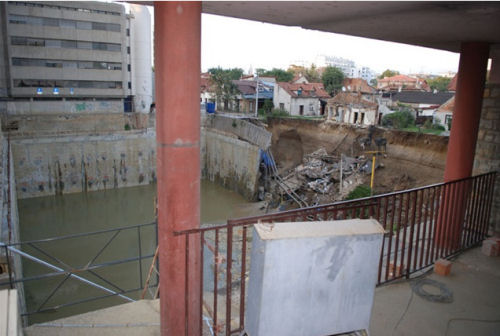 
According to numerous reports (including this one), a street in Zagreb, Croatia, has been literally swallowed by the Earth and took several houses along with it. The fact that the street was a construction site of a huge office building might have contributed to the fact that the terrain caved in, created a giant crater which was then filled with hectolitres of water, but hey ❗ why blame idiotic construction companies, when you’ve got weather and – Slovenes.


At least according to Zagreb’s vicemayor Zvonimir Šostar, who – according to reports by index.hr – said that the street caved in because of Tuesday’s freak storms in Slovenia.

P.P.S.: If you look carefully at the link above, you’ll notice that the Reuters’ story places Croatia in… Africa…. Well, construction seems to be on a par, for sure

12 thoughts on “Blame It On Slovenes”