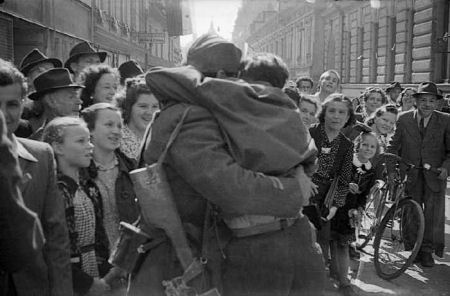 Liberation of Ljubljana – possibly near the University building (source)


Today is VE Day… The day that Second World War officially ended throughout Europe. On May 9th 1945 Germany surrendered to the Soviet Union, heeding to the demand first stated by Franklin D. Roosevelt and Winston Churchill in Casablanca in 1943 that Axis Powers will be fought by the Allies until the former will surrender unconditionally. 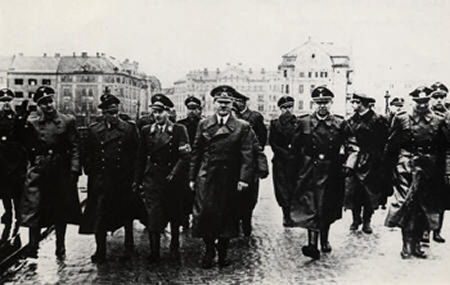 While the question of unconditional surrender was a much debated issue in the West, it was never an issue in Slovenia and Yugoslavia as a whole. In this part of the world it wasn’t about winning the war, it was about surviving. And the only way to insure survival was total victory. I’ve already quoted Hitler who in Maribor (“Marburg am Drau”, as it was known then) ordered his people to “make this lang German again”, but that is only part of the story.

Slovenia is – appart from Russia – the only country or territory in Europe that was liberated entirely by its own military. The Partisan Units of Slovenia, which stemmed from the Liberation Front. Not only did the Partisans liberate Slovenia as it existed from 1918, but they captured and laid claim to what is known as “Slovene national territory” – territories where Slovene minorities live. This included entire Primorska region including Trieste and Veneziana (Beneška) region in Italy and southern parts of Austrian Kärtnen (Koroška) and Steyermark (Štajerska) regions. 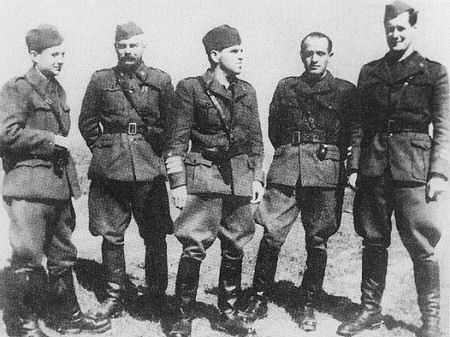 
These were the outer limitis of Slovene Partisan reach, and – in hindsight – thinking that fledling Communist Yugoslavia (altough on the winning side of the war) would keep its conquests bordered on outer limits of science fiction. But the fact remains that Slovenia expanded heavily as a result of winning the war (after WWI Slovene-Italian border was at Postojna) and has since included what are now known as Primorska region – almost a quarter of today’s Slovene terrirory.

In an ironic (or iconic) twist of history the city of Ljubljana was liberated early in the morning of May 9th, 1945. Make no mistake, this had little to do with guns falling silent all across Europe. It was a result of relentless pressure of Slovene Partisan Army to take the city, and after fighting a decisive battle at Orle hills just outside Ljubljana and taking out artiliery battery on Castle hill, elements of 7th Corps and 29th Division marched into Ljubljana exactly on Wednesday, May 9th at 5 AM – the precise time this post was posted. 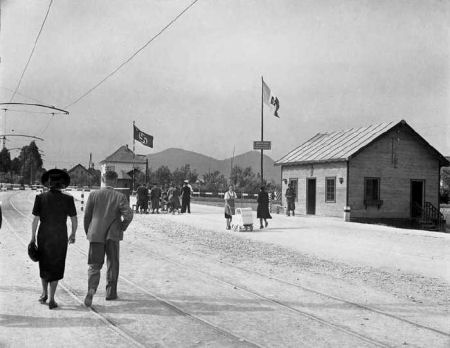 Ljubljana was occupied on April 11th 1941, shortly after German forces attacked Yugoslavia on April 6th 1941. An agreement between Germany, Italy and Hungary specified that the latter occupy Prekmurje, Germany everything East of line Ljubljana-Jesenice, wheras Italy got everything else, including the city of Ljubljana. 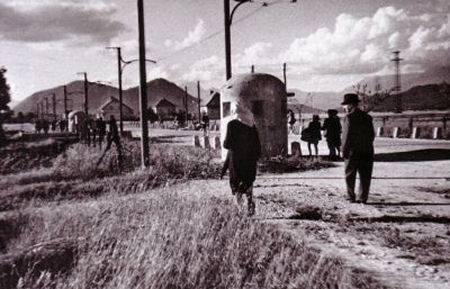 A bunker and barbed wire in Šiška, Ljubljana (source)


The city itself almos immediately became the centre of a resistance movement which soon became much more than just a pain in the ass. So much so, in fact, that Italians decided to errect a barbed wire fence all around the city – it streched for 35 kilometres and was built in mere two days by means of forced labour (a man who was forced to take part in building it noted, that it is very easy to build something like that in just two days when one works at a gun-point).

One of the means of supporting the resistance was Radio Kričač (perhaps best translated as Radio Shoutbox), which was an illegal radio station of the Liberation Front. It started broadcasting on November 17th 1941 from a secret location in Ljubljana and has done so until April 5th 1942, when Italian forces, unable to find the ever changing location of Kričač’s portable transmitter, confiscated every single radio receiver in Ljubljana, thus forcing Kričač to termiate operations until April 1944, when the official Radio of Liberation Front was set up.

Until May 9th, the only allowed radio station in Ljubljana was Italian/German Occupation Radio, which was by the end of the war full of members of resistance, who until liberation used their positions to forward any information that might be useful to Partisans, but on May 9th the radio announced “This is Radio Free Ljubljana!”

Fighting in Slovenia did not stop on May 9th… Hostilities continued until May 14th, as the German troops from the Balkans, their Slovene and Croatian colaborators and a number of civilians (mostly anti-communist) were desperately trying to evacuate Slovenia and enter a British contolled zone of Austria, just north of Slovene-Austrian border. The last battle of the World War II was fought in Slovenia at Poljana in Koroška region. 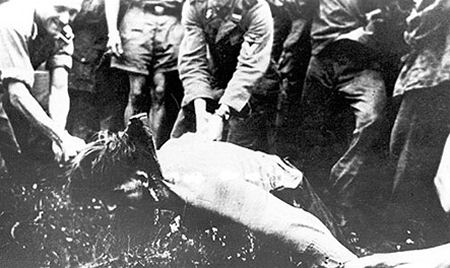 
Looking back it seems more than a miracle that this nation survived the occupation, the torture, the in-fightings. Slovenes were meant to be extinct and a number of Slovenes collaborated with occupators who had evisaged such future for the small nation. Had World War II not finished the way it did, Slovenia would probably not exist today. But Slovenes have proven one thing in 1945 (and again in 1991). Don’t fuck with us!


Our fathers and grandfathers fought this world war, so we don’t have to fight another one…


…although I somehow don’t think that will be the case….