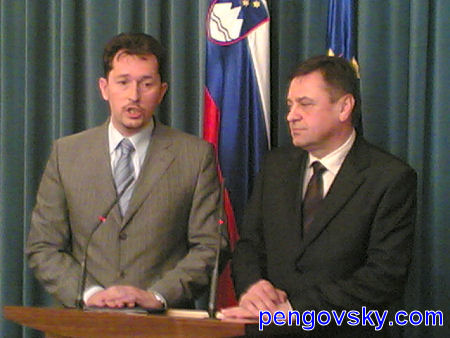 
So, today (that is, yesterday) Zoki finally got to meet with JJ. Why? To get back the money the state more or less took from Ljubljana in the begining of the year. The result? 0 €. Yes. Zoki got zero. Zilch. Niente. Nothing. Nada. JJ was even cheeky enough to no attend the press conference, but sent Minsiter Gregor instead.


While Janković had hoped to develop over € 2 billion worth of projects, Janša more or less told him to go fuck himself. Now, I was always wary of Janković’s grandeur, but the thing that pains me is the fact that the tug-of-war between the state and the city will leave us – the Ljubljanians – worse off.


No matter what the government says it is more or less obvious that the overnight change in financing municipalities was passed to please the mayors of 206 smaller (and more rural) municipalities, and to hurt one (1) mayor in particular. Had the government of Janez Janša really wanted to distribute the funds evenly it would have done so in phases – not leaving Ljubljana budget gaping with a € 45 million hole.


I’m sorry if I sound biased, but this is yet another example of this government pursuing specific goals (i.e.: neutralising an unwanted mayor) by changing the legislation in general. I have my reservations about Janković, but I resent Janša for fighting this battle over the back of the citizens of a capital of the state he runs.