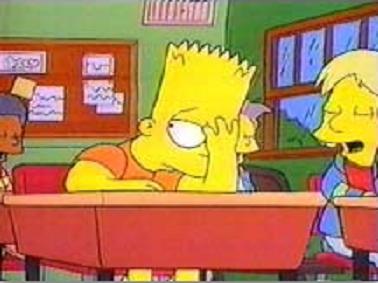 
First day in an elementary school somewhere in Midwestern USA…


The teacher introduces a new pupil, Suzuki from Japan. A history lesson begins and the teacher decides to quiz the kids:


Who said »Give me liberty or give me death«
Silence befalls the classroom. Suzuki raises his hand: »Patrick Henry in 1775 in Philadelphia!
Teacher: Very good, Suzuki


Now, who said »Government of the people, by the people, for the people, shall not perish from the Earth«?
Suzuki stands up solemnly: Abraham Lincoln, 1863, Washington
The teacher scorns the rest of the classroom: You should be ashamed of yourselves. A Japanese kid knows more Amercan history than you do!


A quiet vioce from the back of the classroom: »Fuck off, you Jap sons of bitches«
Teacher yells: WHO SAID THAT?!?!
Suzuki raises his hand: General Douglas McArthur, 1942 just before the battle of Guadacanal and Lee Iacocca in 1982 during Chrysler’s shareholder meeting in Detroit.


The class falls silent, but a single voice that whispers: »Blow me!«
Suzuki: Bill Clinton to Monica Lewinsky, 1997 in Oval Office, Washington


Another kid yells: »Suzuki is a piece of shit!«
Suzuki: Valentino Rossi, 2002, during a MotoGP Rio de Janeiro Grand Prix


All the other kids freak out and start a rampage, the teacher blacks out and then the headmaster enters the classroom: »WHAT THE FUCK IS GOING AROUND HERE?«
Suzuki: Prime Minister of Slovenia Janez Janša, Ambrus, November 2006

7 thoughts on “Suzuki is a piece of shit…”