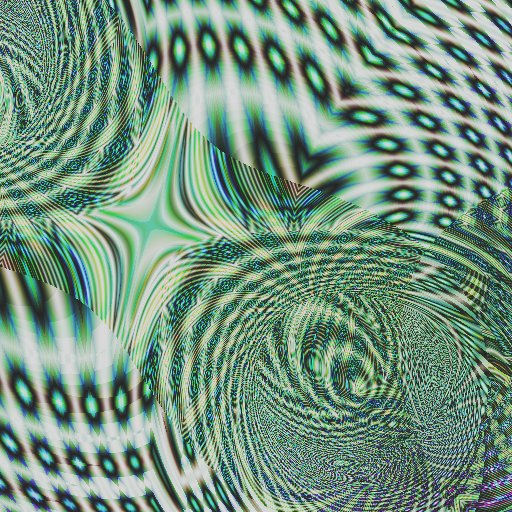 A random image from random-art.org


Just some useless facts to keep your brains occupied until the next shot of skin, meat or the occasional policial rant

–“Stewardesses” is the longest word typed with only the left hand and “lollipop” with your right. (Bet you tried this out on your keyboard, didn’t you?)
–No word in the English language rhymes with month, orange, silver, or purple. (didn’t know that one)
–“Dreamt” is the only English word that ends in the letters “mt”. (unbelievable!)
–Our eyes are always the same size from birth, but our nose and ears never stop growing. (Just look at prince Charles!)
–The sentence: “The quick brown fox jumps over the lazy dog” uses every letter of the alphabet. (Everyone who ever installed a copy of Windows knows this)
–The words ‘racecar,’ ‘kayak’ and ‘level’ are the same whether they are read left to right or right to left (palindromes). (Childish, I know)
–There are only four words in the English language which end in “dous”: tremendous, horrendous, stupendous, and hazardous. (Hm, gotta check that one out)
–There are two words in the English language that have all five vowels in order: “abstemious” and “facetious.” (don’t go “a e i o u” on me now, please!)
–TYPEWRITER is the longest word that can be made using the letters only on one row of the keyboard. (All you typists are going to test this out)
–A cat has 32 muscles in each ear. (really?)
–A goldfish has a memory span of three seconds. (Just like me in the mornings)
–A “jiffy” is an actual unit of time for 1/100th of a second. (A Brit must have thought of this one)
–February 1865 is the only month in recorded history not to have a full moon. (WHAT?)
–Leonardo Da Vinci invented the scissors. (and became the honorary member of the hairdessers guild, no doubt)
–Peanuts are one of the ingredients of dynamite! (so peanut butter is like…. plastic explosives?)
–The microwave was invented after a researcher walked by a radar tube and a chocolate bar melted in his pocket. (Good thing he did that)
–The winter of 1932 was so cold that Niagara Falls froze completely solid. (if it happened today, Janez Janša and Urška Bačovnik would be quick to climb the frozen waterfall)
–There are more chickens than people in the world. (And some of the latter are already defecting)
–Winston Churchill was born in a ladies’ room during a dance. (no wonder he was a drunkard – must have scarred him emotionally)

7 thoughts on “Some random useless facts”